Another Reason to Cheer for the SuperBowl 48 Champs 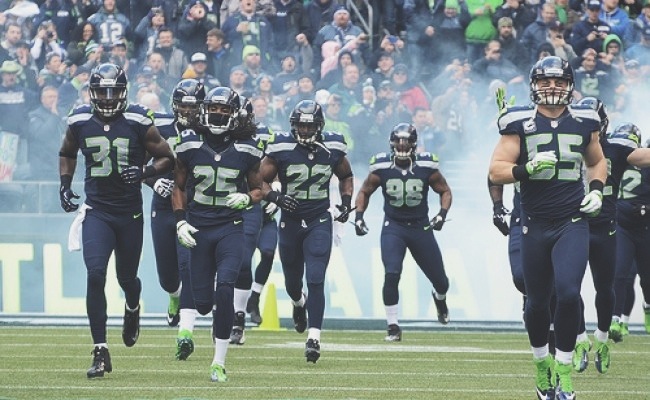 The Seattle Seahawks easily clinched the Super Bowl 48 Championship Title on Sunday night and the city erupted in excitement as thousands took to the streets to celebrate the big win as only the loud and proud 12th Man could!

If you aren’t from the Pacific Northwest, you may be wondering what the “12th Man” actually is. In short, it’s the fans and the earthquake-inducing energy they bring to every game. In the spirit of the Seattle Seahawks blowout first Super Bowl win and the passionate 12th Man, we’d like to spotlight 10 reasons anyone (Seahawks fan or not!) can cheer on this team off the field, too.

1. A Better Seattle is a Seattle Seahawks community initiative led by Head Coach Pete Carroll. Forging partnerships with groups such as the YMCA of Greater Seattle’s Alive and Free program, A Better Seattle generates opportunities for at-risk youth to take control of their lives and strive for better futures. By funding, training and empowering street outreach workers who work directly with the most at-risk young people, A Better Seattle aims to create a new culture of peace on some of Seattle’s toughest streets.

2. Hailing from notoriously tough streets of Oakland, California, running back Marshawn Lynch knows how much many children must overcome merely to survive, much less make it big time in the NFL. Not one to soon forget that, the 27 year old nicknamed “Beast Mode” co-founded the Fam 1st Family Foundation along with fellow Oakland native Joshua Johnson of the Tampa Bay Buccaneers. Partnering with nonprofits such as Fans Against Violence and with a youth center in the works, bridging athleticism with academia is the framework for serving at-risk youth across diverse populations.

3. Quarterback Russell Wilson is well-known not only for his leadership role on Seattle’s football team but also for his active volunteer life in the Seattle community. Despite a tight training schedule during the season, Wilson and his wife Ashton make weekly visits to Seattle Children’s Hospital where he spends time chatting and tossing around a ball with the young patients. Grab tissues and watch this touching video of the little ones and their families telling Wilson how much they appreciate his visits. In the off-season, Wilson busies himself running The Pass Academy, a football camp welcoming inner-city and underprivileged youth to the camp through scholarships, giving them lessons to help them win in sport and, more importantly, in life.

4. Fullback Derrick Coleman has more than proven himself a valuable offensive player for the Seahawks but that wasn’t always a given for this talented young man; Coleman also happens to be legally deaf. This presents no problem for Coleman, however, who immediately finds quarterback Russell Wilson in the lineup and concentrates on him in order to read his lips as he calls the plays. Not content to excel in his own right, Coleman also reaches out to young fans who are also hearing-impaired. After the recent Duracell commercial featuring him aired this month, nine year old twin sisters Riley and Erin Kovalcik wrote him a heartfelt letter as little Riley is also hearing-impaired and a major sports fan. Coleman made a point not only to meet Riley and Erin but to set their family up with the Super Bowl 48 royal treatment!

5. Kam Chancellor is a strong safety for the Seattle Seahawks and a strong advocate for bettering the lives of those around the globe by supporting 501c3 organizations with programs that have a direct impact on the under-served and less fortunate around the world. In addition to giving valuable funds, Chancellor is known for hosting events such as the 2013 Memorial Day Cookout in his hometown of Hampton Roads, VA, an online drive for the Foodbank of Southern Virginia and the Eastern Shore, and a holiday toy drive for the less fortunate in Seattle.

6. Defensive end Cliff Avril took his competitive nature off the field this year to serve as the Seahawks representative in the United Way TEAM NFL Playoff Challenge, a competition between a member of each club to recruit the most volunteers to help better their respective communities. So far, he’s recruited 6484 volunteers who have pledged to help cut the dropout rate in half by becoming a volunteer reader, tutor, or mentor and, just like his team on the field this season, there’s no stopping him!

7. With lifetime giving totaling over $1.5 billion, investor, philanthropist, and Seattle Seahawks owner Paul G. Allen has spent his career tackling some of the world’s biggest challenges and pushing the boundaries of what’s possible. Allen, co-founder of Microsoft, is included among the world’s leading philanthropists who have pledged to give away the majority of their fortunes to charity. Through the Paul G. Allen Foundation, he and his sister/co-founder have sparked important developments and innovations in the areas of science, education, conservation, the arts and community improvement.

8. When Sea Gal Alicia Quaco isn’t busy learning new cheer routines or attending one of the many community events the squad commits to each week, you can find her buttoned-up and managing aircraft production for the United States Air Force! Quaco was inspired to become a servicemember thanks to her brother, a Green Beret, so she joined the Air Force Academy (graduating in 2010) and hasn’t looked back since!

9. Cornerback Richard Sherman is many things: highly talented, intelligent, a bit abrasive at times, lovable, and charitable. Last summer, Sherman launched “Blanket Coverage”, a nonprofit organization with a goal to, “channel its resources to ensure that as many children as possible are provided with proper school supplies and adequate clothing.”

10. Blitz, the Seattle Seahawks mascot, pumps up children and adult fans alike for games throughout the season and is a crowd-pleaser wherever he goes! It was only recently that Ray Asdourian, the man inside the fuzzy blue costume, came out of it and for a very good reason: to raise funds and awareness for the Multiple Sclerosis Society. Asdourian is a Microsoft veteran and sits on the board of the Society’s Northwest Chapter so he figured, what better way to use Blitz’s exposure than to raise awareness for a great cause. We couldn’t agree more and encourage you to check out his “Team Blitz” fundraising page if you’d like to help out!

Congratulations to the Seattle Seahawks & the 12th Man on your epic Super Bowl win and thank you for being a community who knows that in the game of life, we all win if we give back to one another. 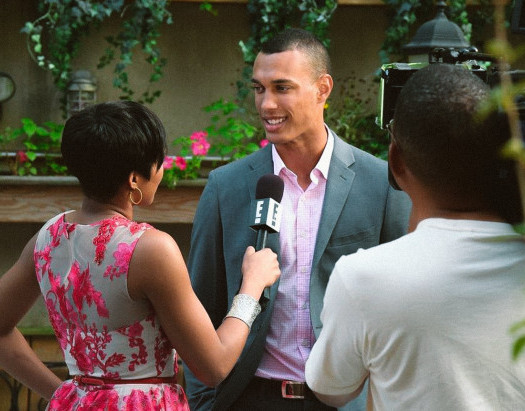 I’m ME: David Nelson of the NY Jets Hosts An Evening To Celebrate The...

Read More
I’m ME: David Nelson of the NY Jets Hosts An Evening To Celebrate The Kids