US Veteran Mike Liguori: Bringing Hope To Veterans Through Storytelling

By Michaela Schickel  •  7 years ago 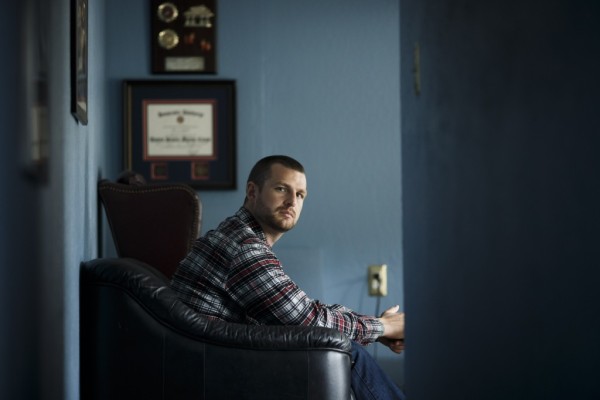 Mike Liguori remembers his first interaction with the United States Marines. It was 2001, and the Army and the Navy were courting him with recruitment packages, job opportunities, and the prospect of international travel. “That was all fine, but I didn’t feel that a fire was sparked in me,” said Liguori. When Liguori approached the Marine recruiter, he was intrigued. “The Marine recruiter said, ‘Why should we let you in?’” recalled Liguori. “It’s a volunteer force, and I was ready to sign my life away for four years to fight, and this guy was telling me, ‘Not so fast.’”

Liguori, who is from a family of Navy service members, went home and researched the history of the Marine Corps – their role and function – and returned prepared with an answer: “I told them that I wanted to fight with the best of the best.”

Liguori was not prepared for the “roller coaster of transition” to civilian life after deployment. During his two tours in Iraq, Liguori had encountered a profound “machismo, tough guy culture,” where commands referred to the psychiatrists as “Wizards,” chastised Marines who attempted to skip a second tour, and did not recognize PTSD as an epidemic or even by that name. Discrediting the value of psychiatrists made it challenging for Liguori and fellow Marines to seek help and an open dialogue. When Liguori and his fellow Marines faced their second deployment to Iraq, his command told the Marines to not run to the “Wizards” to get out of their second tour.

After his return home to California, Liguori struggled with long waits at the Department of Veterans, an unfamiliar job market, and undiagnosed PTSD.

“I knew something wasn’t right with me when I came back. I wasn’t the same person,” said Liguori.

Liguori came home mentally scarred from the horrors of war and is still recovering. “I’m still learning that people are generally good at the core of who they are, rather than the opposite of what I’ve been exposed to,” said Liguori.

In his memoir “The Sandbox: Stories of Human Spirit and War,” Liguori describes the challenges he faced rejoining society, his struggles with PTSD, and his own suicide attempt three years ago.

“I had survived death at my own hands,” recalled Liguori.

Liguori credits the memoir with helping him complete therapy at the Department of Veterans Affairs (VA). “[Writing] helped me find my place in the world.” After his memoir was met with national coverage, Liguori realized that his challenges are all too familiar to veterans. “There are thousands of other veterans wanting to tell their story – to deal with their story and get help for it.” Liguori created an online platform “The Spirit of War” to foster a community for veterans to share their stories because “sometimes waiting 50 days for a VA medical appointment isn’t going to do anything.” 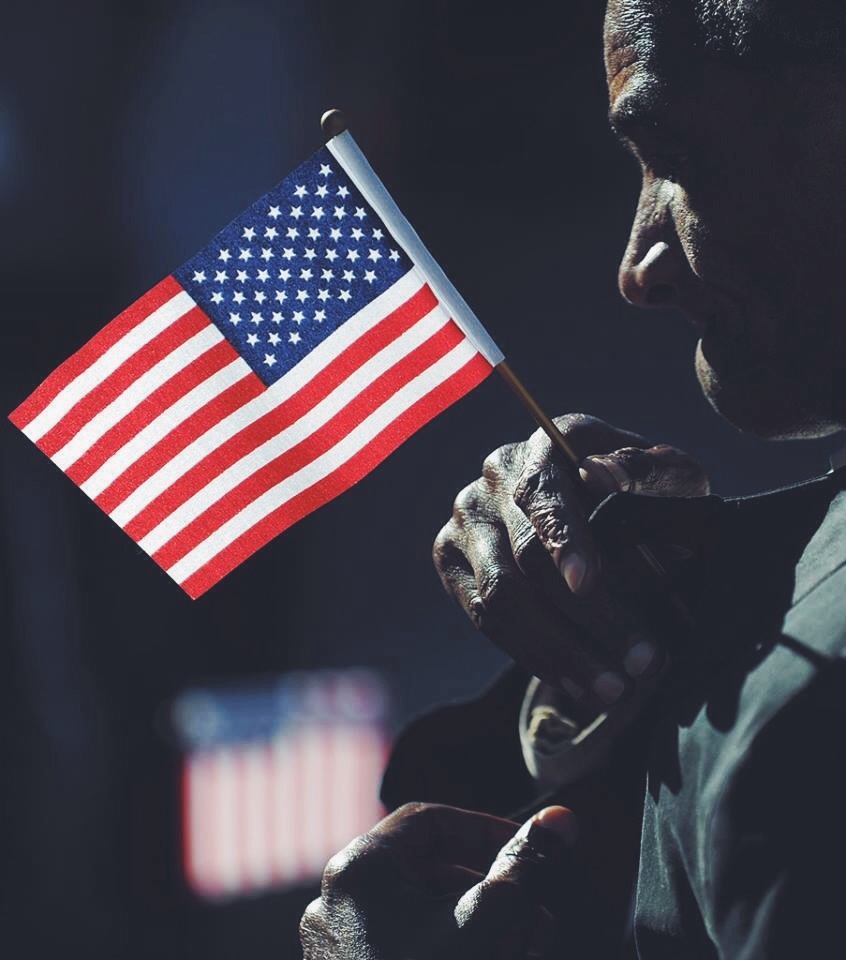 Every day 22 veterans commit suicide.
Liguori’s difficult transition and suicide attempt is not uncommon. Every 65 minutes, a veteran commits suicide, a figure released by the Department of Veterans Affairs. Two thirds of veterans report experiencing a difficult transition from military to civilian life. According to a new survey by the Iraq and Afghanistan Veterans of America, 30 percent of Iraq and Afghanistan veterans have considered taking their life. 45 percent of those same veterans know another who has attempted suicide. Compared to their civilian peers, male veterans are twice as likely to take their own lives.

For Liguori, surviving his own suicide attempt showed him “that [he] had reached rock bottom as a human being.” However the experience also taught him about optimism and the capacity for veterans to learn from each other. “I want veterans and their families to see that there is a beautiful life waiting for them if they seek out help, learn to get resources and connect with people again. There is a great life outside of the military,” said Liguori.

Navigating civilian life
Suicide is not the only challenge that returning veterans face. After their deployments, many veterans struggle to network and navigate the job market. In some cases the job market is unfamiliar; many veterans have never had a professional career outside of the military.

Although there are over 400,000 services, benefits, and opportunities to support veterans, it is challenging for veterans to reconnect with their communities and find opportunities at a local level. Some veterans are not aware of educational opportunities offered nearby or of fellow veterans who live in their neighborhood.

A social networking platform for veterans
Dan Brillman is working to change this. Last week Brillman and his team of co-founders – including Kareem Elsirafy, Taylor Justice, and Andrew Price – launched Unite US, a platform to connect veterans with hyper-local opportunities. Brillman graduated from Yale University and Columbia University and worked as an analyst before joining the Air Force Reserve as a pilot. He was one of the few service members who had a professional career before joining – one who knew about navigating the job market, one who knew about life after the uniform.

Unite US offers resources through interactive mapping technology for educational, financial, employment, spouse support, and health care opportunities, among others. Its premise is to foster authentic connections and communication with veterans at both a local and national level. According to Brillman, the peer-to-peer mentoring enabled through the platform has been greatly utilized. Unite US allows veterans to reconnect with each other, but also talk to someone in the community or behind a non-profit to discover opportunities. For instance, there are many educational opportunities and universities that would like veterans as part of their student body. “But veterans don’t know that those schools are out there. There are tons of applicable veterans that should be going to those schools but they can’t find them,” said Brillman. That is where Unite US would like to come in.

“We use Yelp to find Chinese food that’s right next door, under $20, and has three stars. We know it’s going to be good because people reviewed it. And I can get that delivered in 30 minutes. Why can’t the same model be applied to the military community? Why can’t I find a non-profit that helps with mentoring that is three miles away from me – that can provide a one-on-one impact for me?”

Reconnecting veterans with their communities is a challenge that many people are eager to solve. This October Bing and the Department of Veterans Affairs partnered with The Mission Continues, Team Rubicon, Warrior Getaway, and Points of Light to research and brainstorm for the Hackathon at The Feast on Good Conference. The Hackathon challenged participants to build a platform to reconnect veterans with their communities and encourage active public engagement from civilians. The winner, VetMentor focused on developing basic connections for veterans. The platform impressed Stefan Weitz, one of the judges of the Hackathon and the Director of Search at Bing. “It wasn’t rocket science, but we found that to be very successful to help vets reintegrate,” said Weitz.

“We’re not naïve enough to think that we could fix this in a weekend. Certainly it was something that could have an action and a response,” said Weitz.

On Veterans’ Day every year, we are reminded to ‘thank a veteran.’ However many civilians struggle to simply approach and talk to a veteran. We do not know what terminology to use. “I always try to not say ‘helping’ because a lot of vets don’t like that notion,” said Weitz. We are aware of the stigma and the elitism, however unspoken. We realize that these veterans have served the country in a way that we might never. “For those of us who haven’t served, there is – not an embarrassment – but rather cognition that they’ve done something that I haven’t that is very valuable to this country,” said Weitz. We have the ability to drive awareness of the challenges facing veterans; we have the capacity to spur action and response. Take this day to reflect on the people who have served this country. Do not just thank a veteran – provide an opportunity.

Photo 1 credit: A portrait of Mike Liguori on May 7, 2013 at his home by Dai Sugano/Bay Area News Group. Photo 2 credit: Unite Us 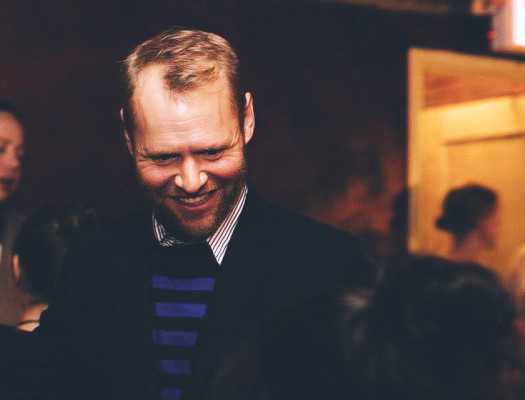 The Feast: Cultivating Compassion and Understanding In Our Fast Paced World...

Read More
The Feast: Cultivating Compassion and Understanding In Our Fast Paced World 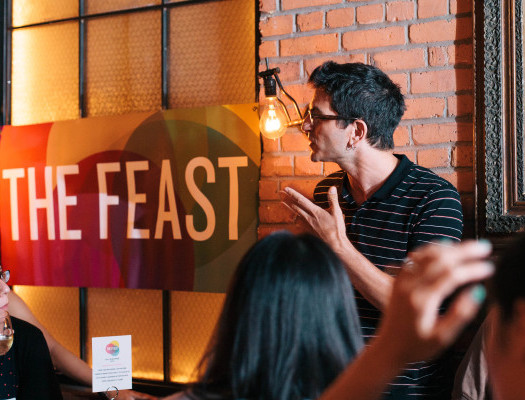 The Feast: Introducing “Right To Play” and 5 Ways to Make Work ...