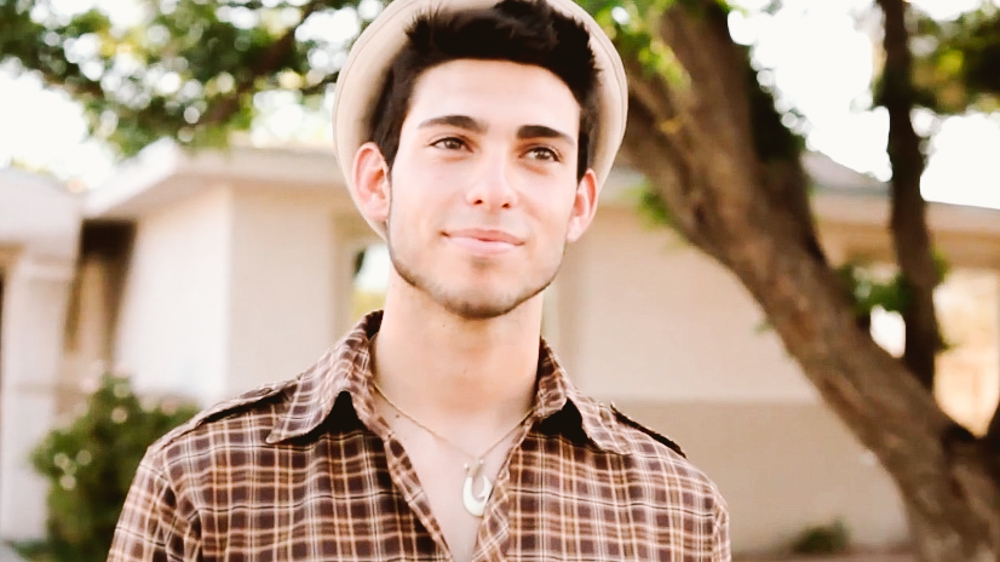 Still photo of Guiseppe from the documentary, Storied Streets, a film about homelessness in the US. Produced by Thomas Morgan

Giuseppe Pizano has a spark in him. Maybe it’s his infectious personality, or the glint of hope in his big, dark brown eyes. You wouldn’t know by looking at this handsome young man that he’s had an unconventional, grueling past, yet Giuseppe’s story is similar to so many.

Giuseppe is living proof of an alarming statistic: most homeless individuals, a whopping 70%, go undetected across the United States. According to the National Alliance to End Homelessness, there are as many as 2.8 million homeless youth in America; that’s 1 out of every 30 children.

Giuseppe was born in Colorado and relocated to Las Vegas as a child with his three younger siblings and single mother. His upbringing was often an unstable one, the result of not knowing his father and having witnessed his brother and sister become heavily involved with alcohol and drugs.

One day during his freshman year of high school, he had a fierce argument with his mother. When she told him that he “would never amount to anything, let alone finish school,” Giuseppe left home, hoping to let heated feelings pass.

He returned to his house a few days later, only to find it abandoned. His mother had packed up their belongings and disappeared. Giuseppe was fifteen years old.

Today in the United States, 34% of the homeless population is under the age of 24; the average age a teen becomes homeless is 14.7 years old. Although 75% of homeless or runaway youth ultimately drop out of school, Giuseppe was prepared to fight for his education. With no other options, Giuseppe moved to the stadium box at his high school and lived amongst the bleachers.

He used the water fountain to maintain his hygiene, saying he’d “put some water in his hair to look snazzy, and go to class.” He shared that no one was aware of his situation and struggle.

Giuseppe couch surfed at friends’ houses whenever possible so he could get the occasional real shower. He mixed and matched his clothes so that no one would catch on, regularly stealing Slurpees and Snickers bars from the local 7-­‐11 to tide him over until he received a free school lunch the following day. Giuseppe lived like this for five months.

Toward the end of his freshman year, a teacher stepped in, as he was unable to enroll for the upcoming school year without parental help. This teacher registered him for his sophomore year of high school, and connected him with the Nevada Partnership for Homeless Youth. This organization provided him with shelter and a monthly allowance for food. Giuseppe praises the association to this day for saving his life. Even though this environment forced him to grow up fast, he considers himself lucky to have had so many individuals willing to vouch for him. Given his contagious positivity, it isn’t hard to see why.

Giuseppe worked various jobs throughout high school, and thanks to the support of the Nevada partnership, was able to attend college. With the help of financial aid and scholarships, he became the first in his family to attend university, and studied biomedicine and nutritional science at Northern Arizona University in Flagstaff.

The number of homeless children in the United States is reaching record heights. An estimated two million young people run away from or are forced out of their homes each year. Youth homelessness presents a particular challenge, because there is very little definitive data about the population, as most youth, like Giuseppe, don’t want to come forward and identify themselves as “homeless.”

In closing our conversation, Giuseppe shared an adaptation of the Loren Eiseley story, “The Star Thrower.”

This short story begins with a man wandering down the beach early one morning. He sees a person in the distance bending and throwing something across the sand. As the man walks closer, he sees it’s a boy tossing starfish that have been abandoned by the tide back into the sea. The man asks the child why he’s bothering. There are too many starfish ashore to save before the sun comes up, and surely they will all die. The boy looks up with a smile at the man and says, “It will make a difference for this one.”

Regardless of his past, the 22-year-old is willing and eager to create a change for others. He believes “every action, no matter how small, can have a positive effect,” and Giuseppe’s story proves how true this is. He is a survivor. Despite the hardships he’s battled and the obstacles he’s overcome, Giuseppe still maintains an inspiring sense of positivity. It’s enough to bring you, or at least me, to tears.

FROM THE EDITOR
At Conscious, we are inspired by remarkable people, and so we set out to tell stories that highlight real human interactions and human dignity. You can read more stories like this when you pick up your copy of Conscious Magazine. Subscribe today via our Conscious Shop and subscribe to Conscious Updates. 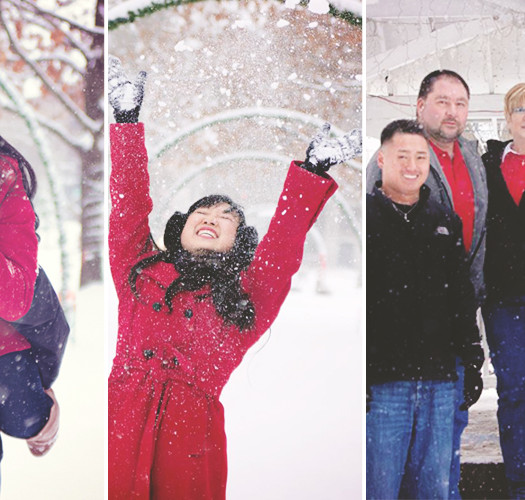 7 years ago
PeopleTell Your Story

Read More
From Korea to Western, NY – Exploring the Sphere of Adoption 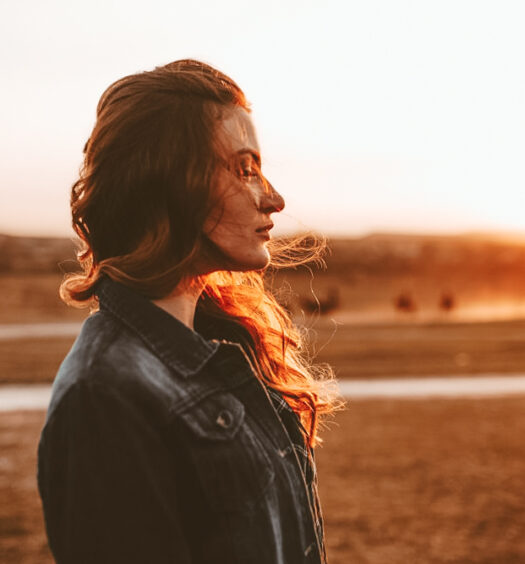 12 months ago
EntrepreneurPeopleTell Your Story

Tell Your Story: But What if I Don’t Have a Story to Tell?

Read More
Tell Your Story: But What if I Don’t Have a Story to Tell?