Ushering in Young Leaders to Advance the Global Goals

By Priyanka Jaisinghani  •  4 years ago 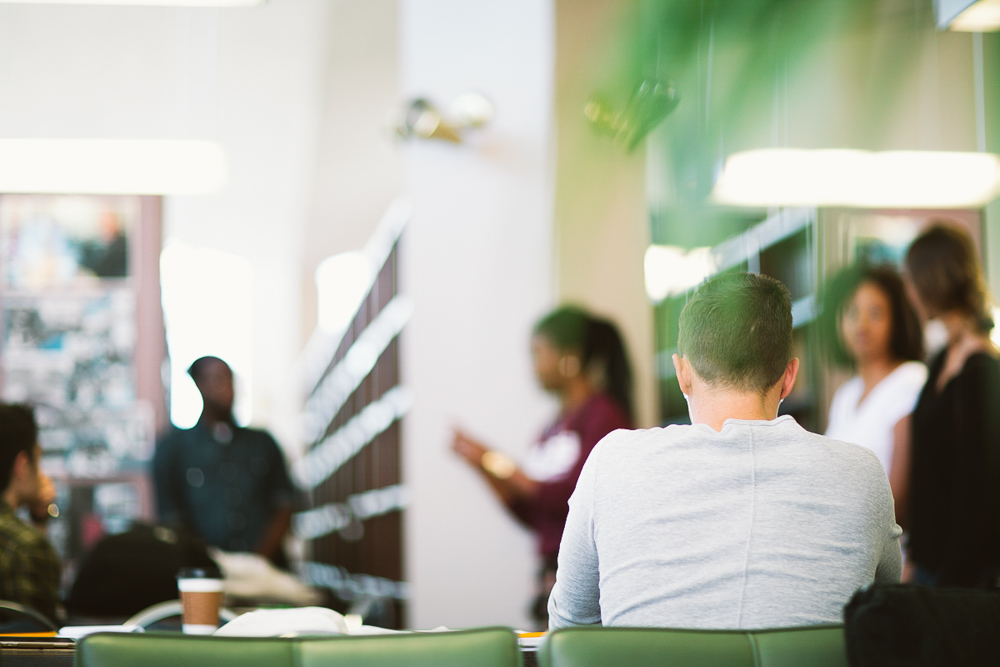 What started as a worldwide search amongst the millions of young people who are contributing to the achievement of the 2030 Agenda for Sustainable Development, amassed to the first class of the 17 fellows catalyzing the Global Goals. From food to fashion to finance, these Young Leaders come from many different backgrounds, represent every region in the world and help activate millions of young people in support of the Goals. While they geographically vary from east to west, they have come together as a community to support the efforts to engage young people in these initiatives. Get to know a few of the 17!

Providing Access to Healthy and Affordable Food with Caroline Medina
Global Goal 2: Ending all forms of hunger and malnutrition by 2030, making sure all people, especially children, have access to sufficient and nutritious food all year round. This goal involves promoting sustainable agricultural practices, supporting small-scale farmers, and allowing equal access to land, technology, and markets.

In Colombia alone, there are an estimated 340,000 Mom-and-Pop shops that sell an estimated 70% of the food consumed in the country. These food vendors play a critical role in their communities’ nutrition and food security, especially in low-income neighborhoods where supermarket chains are still rare. Agruppa is changing the conversation by leveraging existing mobile phone technology to empowering small food vendors in low-income areas by providing them with fruits and vegetables at wholesale prices.

Monitoring Outbreak of Diseases with Rainier Mallol
Global Goal 3: Ensure healthy lives and promote well-being for all at all ages.

Every year, 2.5 billion people are at risk of catching dengue fever, and 400 million do. While the symptoms may vary, hundreds are impacted from different regions of the world. Rainier Mallol, 25-year old from the Dominican Republic, started investing in solutions when his family was personally affected by this disease. He has taken on the challenge to change this statistic as president and co-founder of AIME.

AIME has revolutionized the way we deal with disease outbreaks by developing a tool to predict time and location of infectious disease outbreaks in real time by using epidemiology, big data analytics, and artificial intelligence. To date, successful pilot projects have been undertaken in Malaysia, Brazil, and the Philippines. Next, Rainier and his team are looking at how they can apply the model to the spread of HIV, Tuberculosis, Malaria, and other neglected tropical diseases, in support of Sustainable Development Goal 3. “We’re trying to shift epidemiology to be more proactive, and with new technology that’s increasingly possible.”

Gender equality and women’s empowerment have advanced in recent decades, but we have miles to go before we can lift women and girls to where they need to be. Within the Republic of Maldives, the country has achieved gender parity in many regions such as education but women are still underrepresented in areas such as senior management posts in the government and private sector. The question lies in,

What policy actions, legislations, and initiatives should we undertake to encourage more females to come out to get their voices heard?

As a Native from the Republic of Maldives, 25-year-old Safaath Ahmed Zahir is a leading women’s rights activist dedicated to elevating the role of women in her country through her nonprofit Women on Boards. Through her civil society activism, she has pioneered efforts to raise the profile of women’s economic empowerment in the Maldives. “I come from a household of all women, but a society where men are in charge. Safaath believes that equitable participation of women in politics and government is essential to building and sustaining democracy. Her version of success: “More women in parliament, more women in policy-making, more women as Ministers, and more women Presidents.” With women like Safaath uniting together, it’s only a matter of time before her vision for success becomes a reality.

Providing Greater Access to Sanitation with Samuel Malinga
Global Goal 6: Ensuring universal access to safe and affordable drinking water for all by 2030 requires we invest in adequate infrastructure, provide sanitation facilities, and encourage hygiene at every level.

2.4 billion people lack access to basic sanitation services, such as toilets or latrines in which nearly 1,000 children die due to preventable water and sanitation-related diseases each day. Samuel Malinga, the 27-year-old hailing from Uganda had experienced, first hand, the systematic problem of poor sanitation and waste management when he moved to Uganda. He has sent out to increase access for those in remote and inaccessible communities. “It’s so painful to me that children die of preventable diseases brought about by simple sanitation issues that we know how to resolve.”

Samuel founded Sanitation Africa, an organization building sanitation systems that start with the constructing of local low-cost but highly hygienic toilets and ends with the conversion of sludge into cooking briquettes and agriculture manure. So far, they’ve constructed over 358 toilets, reaching more than 1,000 households and are continuing to rise in reaching the most remote parts of Uganda.

Protecting the Oceans with Karan Jerath
Global Goal 14: Sustainably manage and protect marine and coastal ecosystems from pollution, as well as address the impacts of ocean acidification.

In 2011, the BP Oil Spill left more than 200 million gallons of crude oil pumped into the Gulf of Mexico for a total of 87 days, making it the biggest oil spill in U.S. history. Within those 87 days, 16,000 total miles of coastline had been affected, including the coasts of Texas, Louisiana, Mississippi, Alabama, and Florida. While the effects of the oil spill are still seen today, the oil spill hit home for 19-year-old Jerath, and he took it upon himself to find a solution (and that he did!). “I realized that much smaller spills are happening on a daily basis and negatively affecting our oceans and environment. I had to find a solution.”

Whilst still in high school, Karan invented a device that has been able to contain oil spills at the source. This patent-pending device has been able to collect oil, gas, and water gushing from a broken well on the sea floor providing an effective solution in unforeseen spills. This groundbreaking device has already won him the Young Scientist Award at the Intel International Science and Engineering Fair’s 2015 competition, while also recognizing him as one of the youngest honoree on this year’s Forbes 30 Under 30 Energy list.

These are just a few of the young leaders making a dent in their local communities. However, in order to help achieve the 2030 Agenda and address issues pertaining from gender equality to sustainability, we need to engage with our local communities and use our voice for the better and to learn to influence it. We’d love to hear from you on your initiatives within your local communities. 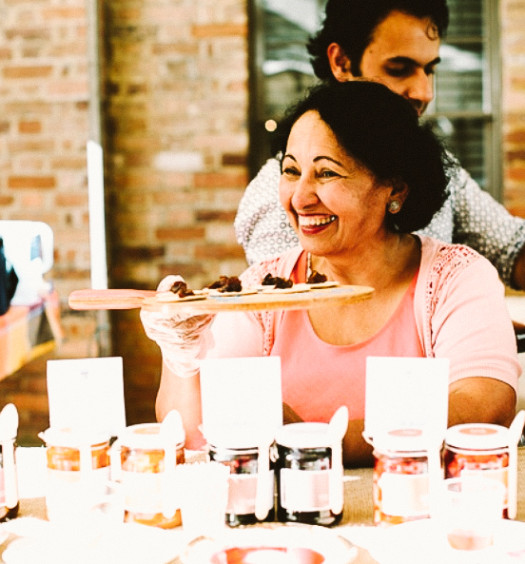 These Socially-Good Jars of Chutney Are Tackling Food System Injustices 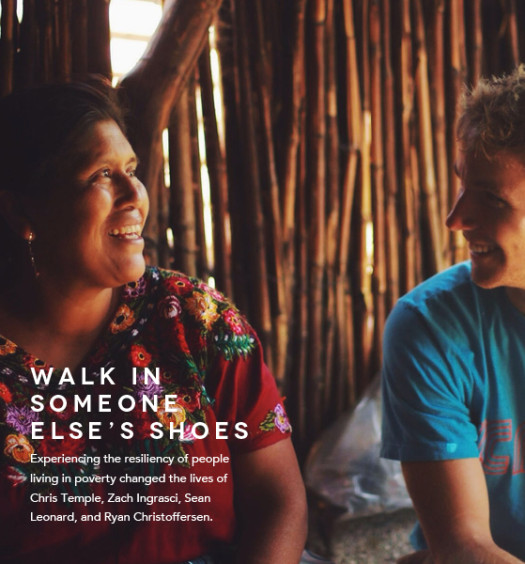 Living On One Dollar: Four Students Fight Against Global Poverty