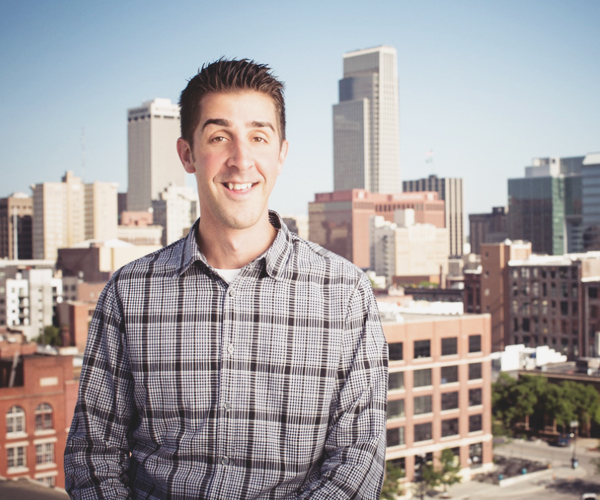 Discovering the potential in your own backyard.

While traversing the U.S. from one tech hub to another, Jeff Slobotski was struck with inspiration to bring some of the creativity and innovation from major technological centers like New York and L.A. to his own backyard.  During his travels as a sales rep for Truist, a social responsibility-powering tech company, Slobotski was always fascinated by the potential he saw every time he returned home to Omaha, Nebraska. Recalling the first seed of an idea that would eventually become Silicon Prairie News, Slobotski said, “I’d get home and be inspired and think we [Omaha, Nebraska] have the same passion, skill set, and intellect as these major hubs. I had to travel out of the city to realize what we had right here.”

Slobotski has been interviewed several times about the impetus for founding Silicon Prairie News in 2008, after documenting his trips with Truist from one creative community to the next on his personal blog, Slobotski.com. Having garnered an extensive network of tech, creative, and media savvy friends, and business connections, Slobotski was seeking a way to connect the creatives and designers that live in every community, and bring awareness and attention to them from the outside world.

Slobotski created Silicon Prairie News and teamed up with local entrepreneur, Dusty Davidson, to provide an outlet to come together online and offline for the tech world. At first SPN exclusively covered start-ups in Omaha and the Midwest, and shortly there after bigger plans were hatched for a tech conference the likes of which Omaha had never seen. Now known as “the Nation’s most fabulous conference on innovation and entrepreneurship,” Big Omaha began in the Spring of 2009. Speaking on the first year of Big Omaha, Slobotski said, “The first year we had no idea what to expect. The turnout validated what we saw going on here [in Omaha]. We invited people that inspired us, our first year we had Gary Vaynerchuk and Jeffrey Kalmikoff, leaders in the tech world. People we could learn from, but it was also about people in the region together under the same roof. We were trying to figure out, ‘How do you connect your own backyard?’”

As with anything new, SPN faced some challenges along the way. Slobotski recalls that their biggest hurdle in the first year or two, was that the established business community regarded Silicon Prairie News with a healthy dose of skepticism and curiosity. “SPN was a little rough around the edges. We weren’t welcomed into the traditional business community with open arms. We asked ourselves, ‘How do you build a community on a grass roots level?’ We proved that we were sticking around. We didn’t have a track record yet to back us up, but we’re a true voice for, and about the community now.” Showing his commitment to build, scale, and grow SPN as a sustainable business, Slobotski quit his job in 2010 to make SPN more than just a blog. There was only one other full-time employee at the time.

Celebrating its 5th year this past May, Big Omaha and SPN are seeking to build on the momentum and develop a road map to expand their coverage area to other regions in the Midwest. Slobotski described the future plans of Big Omaha and SPN as, “Branching out of the tech community and focusing on the ‘social good’ market . . . We’ll push the envelope for folks to think bigger, differently, and creatively without changing the format [of Big Omaha] too drastically.”

Two social good organizations that Slobotski is especially fond of, and that SPN has worked with in the past, are Charity Water and Pencils of Promise. The founder of Charity Water, Scott Harrison, spoke at Big Omaha in 2010. For Slobotski, there are a lot of parallels in the way that Charity Water and Silicon Prairie News operate, “Charity Water has a very transparent ethos – there are no unanswered questions about where the funds are going and what the organization is doing to improve lives. Projects that resonate with us [the average person], and the SPN community are easy to understand, have easily followed activities, and the founder is a strong component of the story.”

Staying true to your values and the place you call “home” is the foundation for any company no matter how large or small. Slobotski’s advice for entrepreneurs seeking to build their own community is to, “Ask yourself, ‘How do I find those creative groups and follow and connect with them, either for friendship or business ventures?’ Try to provide those groups with a creative outlet. SPN is trying to build upon the unique characteristics that are here [in Omaha]. And the community will look different than New York or L.A. or Silicon Valley, and that is OK. Glean inspiration from other cities, but build a company and a community that will work where you are.”

L E A R N + C O N N E C T
Learn more about Silicon Prairie News and Big Omaha and how you can discover the possibilities in your own backyard.
Connect via Facebook and Twitter
Follow Jeff (@Slobotski) and Dusty (@dustyd)