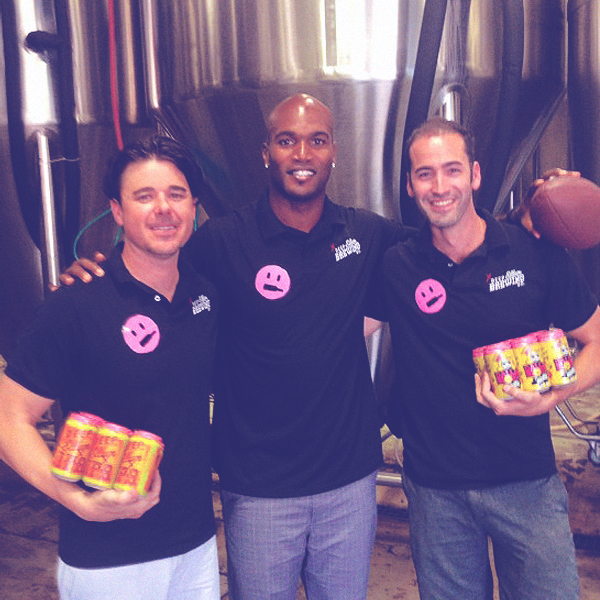 The first time I found myself at the Deep Ellum Brewery I was meeting an old acquaintance from high school. A few months later I would move back to New York, but reconnecting with my friend over a few local beers gave my remaining time in Dallas a spark that was lacking before then. Quite simply, good beer brings people together. The love and passion that goes into good craft contains a genuineness usually lacking in larger brands. Cost may be a dollar or two more, but that’s a small price to pay for quality.

Love and passion is a quality that Deep Ellum Brewing Co can attribute to more than just their beer. On a recent trip back home, my friend and I were once again deep off Elm Street for great beer and live music when I noticed a few pink stickers lying around. As it turns out, in support of Breast Cancer Awareness Month, the brewery has teamed up with Foundation 56 to create their Cans for Cans campaign. One dollar for every six pack sold in the month of October (no small percentage) will go to the Bradie James Breast Cancer Foundation.

Bradie James, former Dallas Cowboy and Houston Texan, formed Foundation 56 as a tribute to his mother, Etta James, who fell victim to breast cancer in 2001. The foundation has since donated over $500,000, and the money rose through Deep Ellum sales is sure to add an admirable amount to that number. When passion for great craft and love for a mother join together, the results are inspiring. I look forward to visiting again soon with friends and seeing what new creations the brewery comes up with as they continue “supporting all things local”. As they say, Love Runs Deep.

Foundation 56 is a tribute to Bradie’s mother, Etta James, who died from the disease in 2001. Bradie often says if there had been the types of services offered because of Foundation 56 his mother would still be alive.