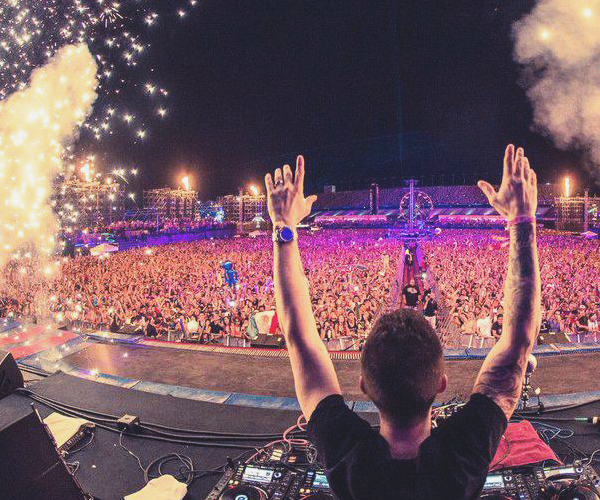 Summer has finally arrived, and for a music lover that means one thing: music festivals.

While going to a concert is enjoyable year-round, there is something about the music festival experience that you cannot get anywhere else – an all-encompassing way for fans to become a part of the music they love. The sensation of standing in a crowd of thousands of people who all love the band as much as you do, singing along as a band pours their hearts out through their music, creates a connection that would not seem possible in any other setting. All of a sudden, you are a part of something bigger.

And finally, music festivals are about giving back: most festivals find ways to highlight non-profit organizations that either tie in with the local area or with the festival itself. Many times you can find booths or even whole sections of the festival grounds dedicated to charitable efforts, with different ways for music fans to get involved and give back while still enjoying the show.

As a number of festivals are coming up this summer, some within a matter of days or weeks, here are a couple of charitable efforts recognized at each event:

This festival hosts Planet Roo, an area of the concert grounds that hosts several non-profits dedicated to protecting natural resources, promoting healthy lifestyles, and making the world a better place. From finding out how to reduce your carbon footprint to learning the how-to’s of eating locally, there are tons of activities for music fans to try out.

Firefly partners with St. Jude Children’s Hospital for their ‘Music Gives’ program. Attendees of the festival have the opportunity to donate in the days before and during the event with digital, live, and mobile donations in efforts to raise money for the St. Jude Kids program.

Summerfest works with Kohl’s Cares to create the Kohl’s Captivation Station – an area of the festival offering educational and musical experiences for kids and families. Kohl’s Cares offers promotions for attendees, such as donating three non-perishable food items for a free admission ticket, with proceeds benefitting Hunger Task Force.

Lollapalooza dedicates an entire section of the grounds called ‘Green Street’ to various green initiatives, such as eco-friendly shopping. The festival also partners with organizations like Rock & Recycle, Green Mountain Energy, and Compass Green to get fans involved through gardening workshops, volunteering, and more.

This three-day dance party, straying slightly from the hippy vibes of folk festivals, still gives back to charity. For the past three years, Insomniac’s Charitable Giving Initiative has allocated one dollar per ticket transaction to charitable projects for each festival, generally associated with youth arts, music and education, as well as community building.

To find out more about the charitable initiatives at each music festival, visit the festival’s website. And while you’re enjoying the music and soaking up the sun, make sure to stop by these areas and find out how you can give back!