The Feast: Celebrating Healthy Living and Insight Into A Dynamic Social Campaign

Feast on Good’s monthly dinner series, The Feast Worldwide Dinner, quite literally means a guaranteed evening of amazing food, great people and inspirational conversations. Jerri Chou, CEO and founder of the Feast, along with her team have created a welcoming series for all, inviting conversation and impromptu hack-a-thons over everyday issues. Last month’s theme was “play” and this month, it’s all about fruits, veggies and healthy living.

As guests, we were posed with a question to consider over dinner, “How can we use the power of the Internet and social media to celebrate fruits and vegetables?”

I run an organization called I’ll Go First that works with survivors of abuse and trauma, so to be honest, I felt a bit out of my league when it comes to fruits and veggies. How was I supposed to contribute to a conversation around food, when, in truth I’m currently just learning how to cook (thanks to Blue Apron), and most of my daily conversations center around mental health care? Needless to say, I felt a bit intimidated.

Still, at our dinner table I was joined by a group whose expertise lie in similar, un- related-to-food-sectors, like Radish Lab, FourSquare, Brain Pop, Do Something, and Birch box (a personal favorite.)

There were a few guests whose areas of expertise related directly to the proposed problem we were asked to explore, like Alfred Fuente and his fiancé, Catherine Cuello. Together, they created a nutritious food sourcing app called Green Hopping App that facilities access to healthy plant-based eateries. Less than a year old, they’ve already sourced well over 1,000 stores around the globe. What’s more, Alfred and his team have worked directly with NYC schools educating parents and children during multicultural food events addressing this very issue. Who knew garbanzo beans could taste so great, and be good for you? (More on his work here)

As we enjoyed a private tour of the Bell Book and Candle rooftop garden (go see it for yourself, it was ah-mazing! And it was featured in the New York City Issue of Conscious Magazine), and then the subsequent delicious seasonal meal, a few universal themes emerged from the speakers Elly Spinweber, from A Partnership for a Healthier America, and Erika Wilson, from Bolthouse Farms.

Together, they revealed some pretty shocking statistics on childhood obesity rates in America like, 1 in 3 children are obese in the USA and 1 in 4 children are not eligible for the military because of their health. To put it into perspective, Elly elaborated, “Meaning, we have a massive problem on our hands. If we don’t do something now, by 2030, half of Americans will be obese. Not just overweight, but OBESE. That means we have a workforce that’s less healthy, which affects our economy, military, kids, adults, and chronic disease rates.”

So, how do we get people to celebrate fruits and veggies while attempting to end childhood obesity?

As the dinner went on, I realized that the context surrounding the conversation on childhood obesity actually includes some universal themes that I think can be applied to any social movement or organizational cause like; how to create a successful a social movement, how to influence changing a social stigma, and how to move people from inspiration into action.

Here are my top ten takeaways:

02 | Get them talking
The grueling task of moving an audience from inspiration to action is no easy feat, and yet, Bolthouse and the Partnership for a Healthier America (PHA) have done just that. Their campaign reports reflect that, in fact, America is starting to celebrate fruits and vegetables. (Who knew?!) “We had to get them talking first, and hoped it would then affect their eating habits,” Elly said. It has worked, and more. Erica added, “Social and digital media is where the conversation is, so we avoided traditional TV campaigns.” With nearly 400k Facebook likes for a company whose bread and butter are carrots, they must be doing something right.

03 | It’s not about making people say ‘no’, but say ‘yes’ to better choices
A gold nugget of creating social movements. By focusing on positive behavioral modification, rather than negative, Bolthouse and PHA have created a celebratory conversation around food, have made physical activities more accessible, and healthy meal choices more affordable. Together, they have a uniquely shared vision of always providing as many opportunities as possible for consumers to make healthy choices. “It’s not about keeping the individual from making a bad choice, but instead, creating a higher demand for making a healthier choice,” said Elly. Absolutely brilliant.

04 | Learn to say “why not?”
Yeah, but how? Trying to convince someone to eat their fruits and veggies seems like as much of a hard sell to an audience as convincing them to clean their room, or telling them that watching a marathon of every episode of “Breaking Bad” back to back is a bad idea. Still, I learned that with uncharted terrain comes boundless possibilities. Elly says for their team at PHA, “It’s a new space, and a new organization. The ones that do it best are a little fearless.” I love that.

05 | Don’t underestimate a small, but mighty team
As a solo founder, I sometimes struggle with getting psyched out by the enormity of my cause. I was so encouraged to see how far the Partnership for a Healthier America has come in just a few short years with a modest-sized staff. So how are they making big change happen? “A small but mighty team allows us to be innovative and do things a big team wouldn’t be able to do.” I get it. Kinda like ninjas. Case in point: it’s the first time in years the rate of childhood obesity has moved in a downward trend.

06 | Partnerships make the impossible, possible
Despite their modest sized staff, PHA has partnered with well over 70 different public, private and nonprofit organizations around the USA to rally behind the united goal of ending childhood obesity. Bolthouse Farms is just one of many helping to move the needle on an epidemic issue facing America today. Leveraging the strengths, and celebrating the uniqueness of each organization allows this cause to be addressed with endless creativity and ingenuity that wouldn’t otherwise be possible as a solo organization.

07 | The fight is real
“Obesity is not an easy subject. It is going to be around for a long time,” says Elly. The hope is, of course, similar to every cause-driven organization, to eventually work themselves out of a job. However, the reality is addressing issues like obesity is a marathon, not a sprint. For whatever cause you’re passionately trying to change the mindset of a generation for, know that you’re not alone, and that the battle is worth it. It may take a while, it may not even be in your lifetime, but it may happen. Taking the risk to fight for an issue, so that one day these conversations won’t even be necessary, is worth it.

08 | Wait it out
The ask from PHA was a rallying cry of a generation hidden in urban food deserts, without access to physical activity, or affordable healthy food choices. “Walmart was an early adopter to our partnership program. When Walmart changed, the whole food market changed. And, now 70 companies have made the same PHA commitment. Change happens gradually. But it does happen.” True story. To date, more than 45 million individuals, including more than 5 million kids, have been touched by PHA partner commitments.

09 | Build bridges, not fences
When I asked how PHA was able to maintain so many relationships with different organizations with varying goals, the response was far simpler than I imagined. “Be neutral and have realistic conversations. Spend time talking to everyone throughout the year.” Creating a safe space for everyone to feel heard is not only good relationship practice, but business as well.

10 | Practice what you preach
Bolthouse Farms has maintained a solid reputation for almost a century, and continues to reinvent themselves while maintaining their core integrity. That’s a long time! How do they do it? “Our mission is infused into action. It’s integrated into everything we do, including how we approach marketing,” Ella added. Their company’s goals are not just about the bottom line, it’s about a lifestyle of healthy living inside and out.

In the end, what did we as guests bring to the Feast dinner table? Heavy hitters in media, PR, activation, among other things, all with the ability to change the conversation. I wonder then, how often do you sell yourself short? Are there times that you enter into a conversation or, in this case, a dinner party with a bunch of rock stars in their fields and feel ill-equipped? There’s a quote that I use over and over again from Theodore Roosevelt: ‘Do what you can, with what you have, where you are.’ As a New Yorker, as a millennial, and as someone in the social impact space, this statement couldn’t be more applicable. Every time I want to quit, or silently excuse myself from a conversation that I feel is way over my head, I try my best to remind myself of this very premise- use your unique gifts and talents for the greater good. The Feast Worldwide Dinner was no different. I encourage you to be bold and go first. 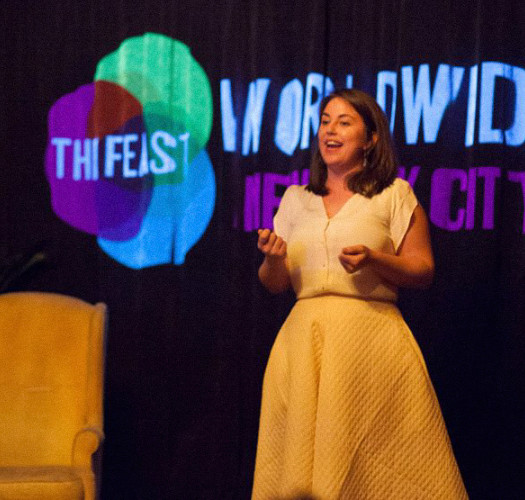 The Feast: Stimulating Voices And The Need For “All Hands On Deck”

Read More
The Feast: Stimulating Voices And The Need For “All Hands On Deck” 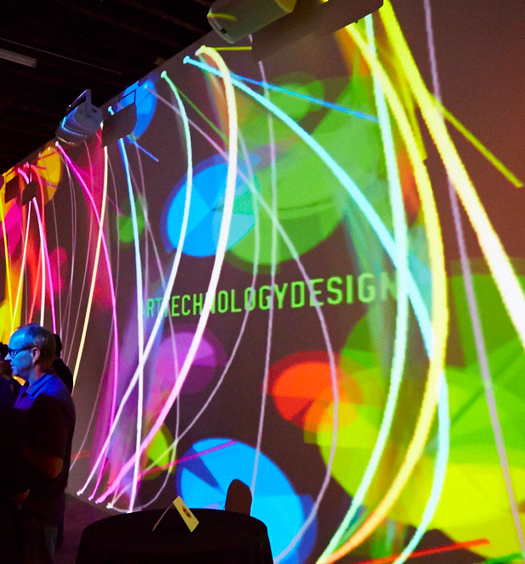