By Arielle Patrick  •  9 years ago

On October 4th, Avonte Oquendo went missing in New York City. Avonte was a 14 year-old boy with autism who was unable to speak. He had mandated one-on-one supervision at the public school he attended in Queens. Yet somehow, he was able to bolt out of his school building, sans his companion, and past a security guard. Somehow—his parents were not notified of his status until hours later. And somehow, the New York City school system let this child and his family down. In January, his remains were found in the East River, several miles from the building where he vanished.

That cold day in January, something in me changed. Philanthropy often stems from a sense of dissatisfaction with the world as it stands. My feelings were deeper. They resembled anger, sadness, and a frustration that was unable to be quelled. Once I heard the news, I reached out to the world’s leading autism science and advocacy non-profit organization, Autism Speaks.

I sent a cold email to Anne Juaire, director of corporate relations at Autism Speaks. My note contained a myriad of half-baked thoughts, but one clear idea: that this incident should never happen again.

Before we proceed with this story, you need to know the facts: Did you know that wandering is a common issue in the autism community? That many children with autism are incapable of sensing danger – which makes them particularly vulnerable if they wander or become lost? I’m going to throw out a few statistics, and they are sure to make you dizzy: According to the Interactive Autism Network, half (49%) of people with autism often wander from their safe environments (like Avonte’s school). Since 2011, 42 American autistic children have died after wandering. The National Autism Association found that from 2009– 2011, accidental drowning accounted for 91% total U.S. deaths reported in children with autism subsequent to wandering.

Before my first conference call with the Autism Speaks team, I kept tossing around ideas about how to create a fundraising initiative that would both benefit families like Avonte’s, and positively impact attendees. As a New York Junior League member, and young patron of many non-profit organizations in Manhattan, I’m no stranger to walking the red carpet in black tie for a good cause. However, hosting yet another gala or cocktail party seemed irreverent to me. The fundraiser had to be one that touched lives in a practical way, but also impacted donors. It had to be uplifting, healthy, and powerful.

As I trudged through a snowstorm on my way home from the office, all I kept thinking of was a walk, 5k race, or marathon. But as my Hunter boots filled up with more and more unpleasant dampness, the more ridiculous the idea sounded. I wasn’t willing to wait till May to address this timely issue, but I certainly wasn’t going to ask people to endure frostbite in the name of good karma. A chat with a friend yielded a great idea: Spinning. New Yorkers are notorious for their fanaticism for spin classes. Day after day, I “like” Instagram photos of my friends fresh off the high of dancing to hip hop on a stationary bike at SoulCycle or Flywheel. And so, I created the “Spin for Safety,” a fundraising event to benefit Autism Speaks.

Autism Speaks has supported the “Big Red Safety Box” initiative created by the National Autism Association. The program provides emergency tool kits and resources for families with autistic children who are at risk of wandering off.  Some items in the boxes include: Door Alarms, Shoe IDs, and stop sign visual prompts for doors and windows. For children like Avonte, this small measure could mean the difference between life and death.

Our generation can be the one that sees the change in the world; we just have to get more creative!

Take Action. Join The Cause
“Spin for Safety” is an event that will be held at Swerve Fitness, on Saturday, March 29th, a new and popular spin studio in the Flatiron district of Manhattan. All proceeds from the event will benefit the “Big Red Safety Box” initiative.

Guest Contributor. Arielle Patrick works in the Corporate Communications division at P.R. firm Weber Shandwick, where she provides counsel to investment banking clients. She graduate of Princeton University. In her spare time, Arielle is the Director of Publicity for The American Reader, a new journal of literature and criticism targeting Generation Y. She is actively engaged in the non-profit community in New York City, serving as New York Junior League member, and as a young patron for organizations including The Metropolitan Museum and Alvin Ailey American Dance Theatre. 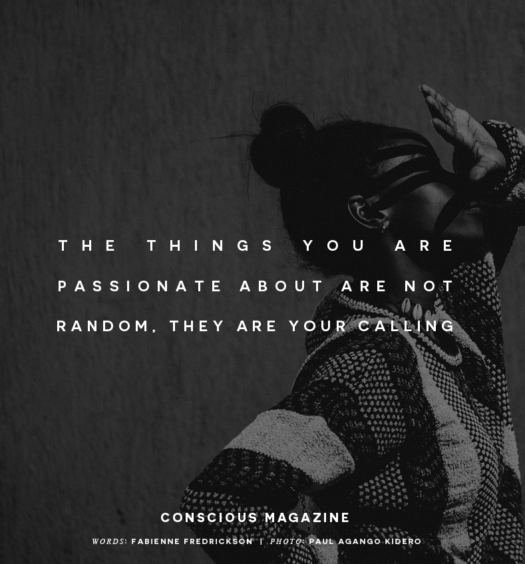 The things you are passionate about are not random, they are your calling

Read More
The things you are passionate about are not random, they are your calling 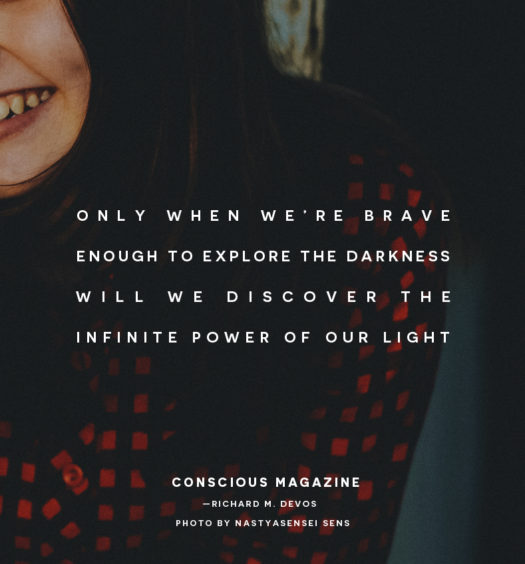 Only when we’re brave enough to explore the darkness will we discover the...