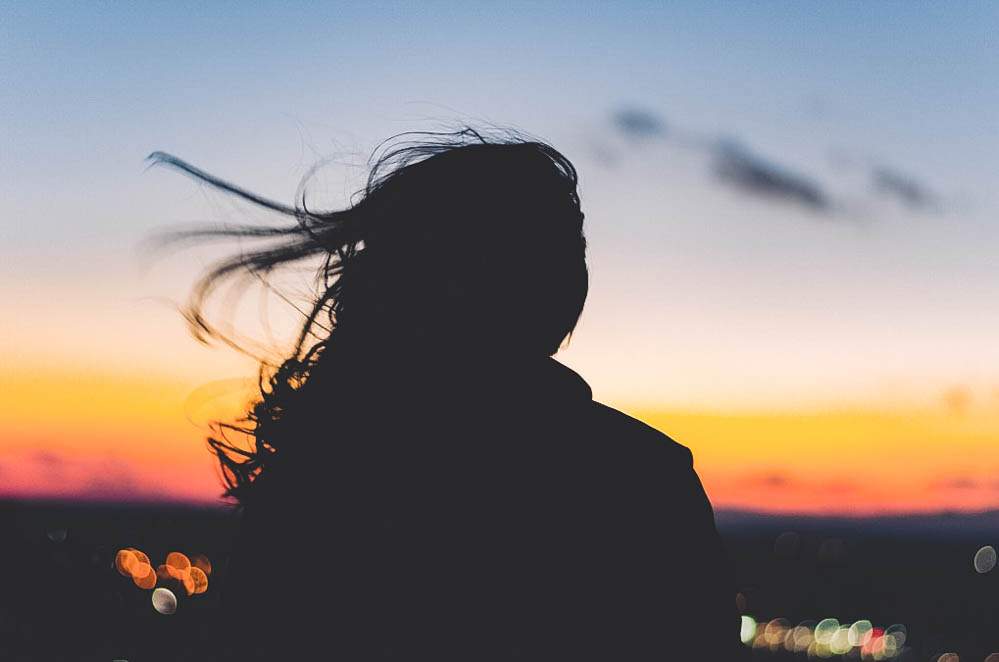 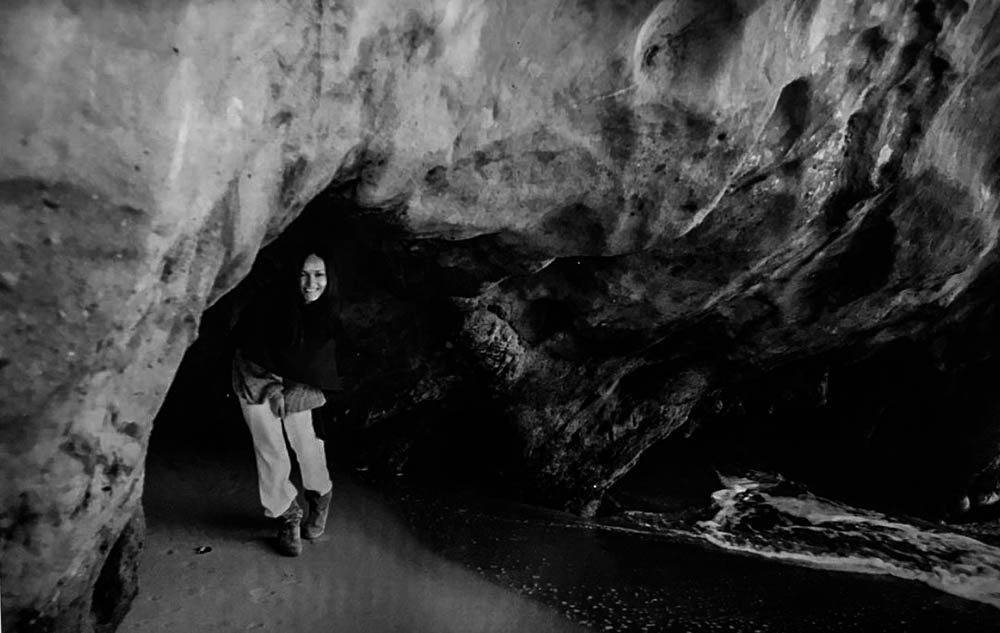 This photo was taken on film, no redo, just a snap to capture the moment.

My birthday falls on the Epiphany. I have always been intrigued by the meaning of the Epiphany. Epiphaneia in Greek was used to describe dawn’s appearance, and it is also known as the “day of light.”

You are probably wondering why I am writing about the meaning of the Epiphany, social media, and my birthday meditation 16 years ago in Laguna Beach.

Here is why: a common myth predicts that most, if not all, innovations occur through Epiphanies. Epiphanies are best represented by the word Eureka! Eureka comes from the Ancient Greek word heúrēka, meaning “I have found (it)” or “I find”.

In a little over a decade and since that photo was taken, much has changed in technology and behavior. We are still capturing moments but also selfies.

Many innovations have fundamentally changed our lives. The way we connect and interact has been “framed” into a small screen.

Innovation comes from the Latin word Novus. Innovate stems from the Latin verb innovare, meaning “to renew or change.” Innovation can therefore, be seen as the process that renews something that exists and not, as is commonly assumed, the introduction of something new.

This makes clear that innovation was initially not an economic term. It dates back to the Middle Ages at least and possibly even earlier.

The central meaning of innovation relates to renewal. For this renewal to occur, people must change how they make decisions; they must choose to do things differently and make choices outside the norm.

Another word that is essentially attached to the Epiphany is the word elevate. The word Elevate is dated from the late 15th century. Its definition is to “rise above the usual position,” from the Latin elevates. Elevare means to “lift up, to raise.” “Levare” figuratively means “to lighten, alleviate, to raise” it comes from the word “Levis” which means Light (in weight). Essentially it means to raise, to scale, to reach new heights.

The Epiphany is also known as the last and twelfth day of Christmas. Since we are just entering this new month, year and even new decade, most of us are in reflective, contemplative mode: setting intentions, goals, and resolutions for the New Year. In the scriptures, the Epiphany tells the story of Three Kings faithfully following a star. Today more than ever, we need dreamers who dare (care) to follow a “star” or follow a figurative light. The Three Kings story is, after all, about seeing the light in times of darkness. It is a story of hope and renewal.

Innovation is now part of all economic strategies; start-ups and scale-ups seek to achieve something great. Our choices are infinite, and our potential is almost always much greater than we realize.

We are collectively problem-solving creatures. We would probably not still exist as a species – if we did not instinctively identify threats and solve issues through innovation and innovative thinking.

Some of humanity’s greatest inventions happened in the last 15 years. The first jumbo airplane, The Airbus A 380, had its first commercial flight in 2007, Tesla’s electric cars invented in 2003.

To be fair, the first electric car was first developed in 1890. I will pause here and invite you to imagine what our world would look like if we had commercial electric vehicles since the 1900s.

The way we move, communicate, work, order food, shop, and travel has dramatically changed in just 15 years. The first pendulum clock was invented in 1656, and I feel it is safe to say that never before in human history did we embody the concept of this innovation: the ticking clock.

We are told by many scientists that we have until 2030 to turn things around. The topic of this article is more than semantic on innovation. It is about our capacity to innovate in the full sense of the term. Innovate to elevate our current collective condition. Lighten up, elevate, and reach new heights of meaningful collective innovation.

Innovation today is an open door to elevate ourselves. It is an invitation to us all, thinkers, researchers, makers, investors, students, and innovators, to create towards restoration, regeneration, to make new again, and most importantly, to rethink how we approach innovation.

Can we expect a collective new way of conceiving objects, machines, but also our thoughts (after all, it all starts with our thoughts) so that all our endeavors are naturally more humanitarian, more inclusive, more cohesive, and more caring? What if our most incredible innovation was yet to be invented? What if it was not a thing but a mindset?

If Eureka is about “finding ourselves,” perhaps, if the Epiphany is about finding light amid the darkness, we can collectively change our mindset and reach new innovative heights through cooperation, collaboration, and positive impact-driven solutions. We can turn things around, and we will.

The proof is in the pudding, 2021 onwards, let’s feast on the infinite potential of renewal and regeneration. Let’s innovate to elevate. 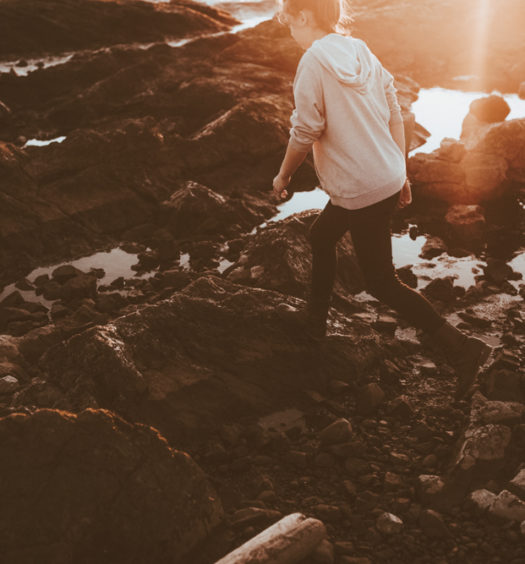 3 Conscious Strategies for Dealing with Any Challenge

Read More
3 Conscious Strategies for Dealing with Any Challenge 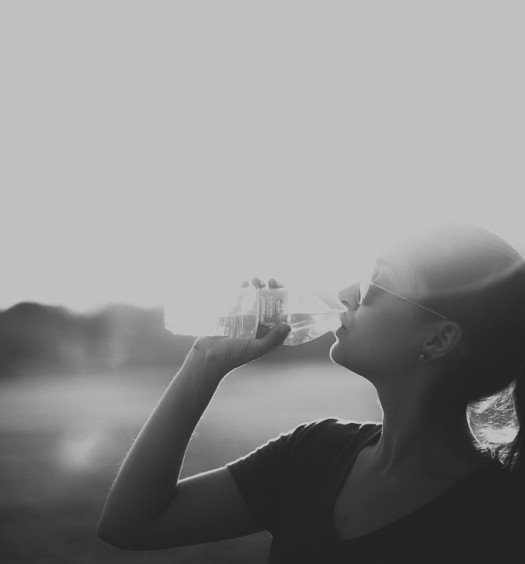 What Do We Really Know About Our Bottled Water?

Read More
What Do We Really Know About Our Bottled Water?