Protests for Nepal To Stop A Humanitarian Crisis 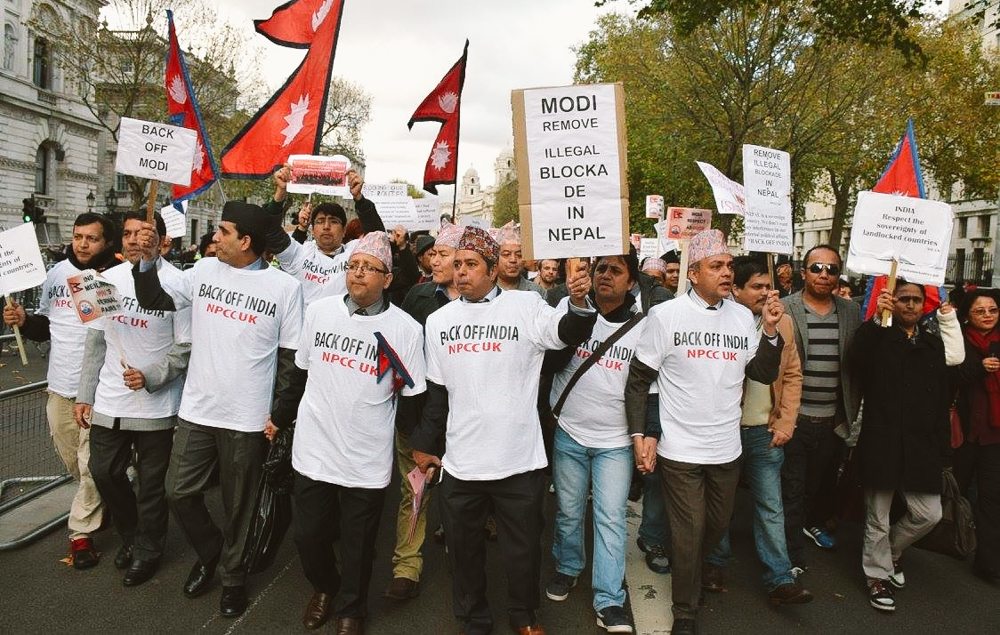 The Nepalese community in England united last week in protest of the unofficial, yet ongoing, blockade between Nepal and India. The demonstration coincided with a visit from Indian Prime Minister Narendra Modi to the UK.

Despite coinciding with the religious holiday of Diwali, hundreds of Nepalese people attended the march on London’s Parliament Square. Over three dozen Nepalese organizations, including Gurkha regiments and other prominent Nepali figures, joined in solidarity, hoping to raise awareness among Nepalese and Indian government officials and end the continuing two-month-long blockade that has crippled the small Himalayan nation.

Speaking to the crowd, the Nepalese community expressed frustration over the current situation. Councilor Dr. Bachchu Kaini stated, “We are here to raise our voice not only to the Prime Minister of India but also to the British government and international community. So that they can bring this issue to light and address it, along with moving forward to aid the plight of millions of Nepalese people.” Even after overcoming the devastating earthquake earlier this year, Nepalese people fear for their country’s future and, most of all, for their friends and family back home. 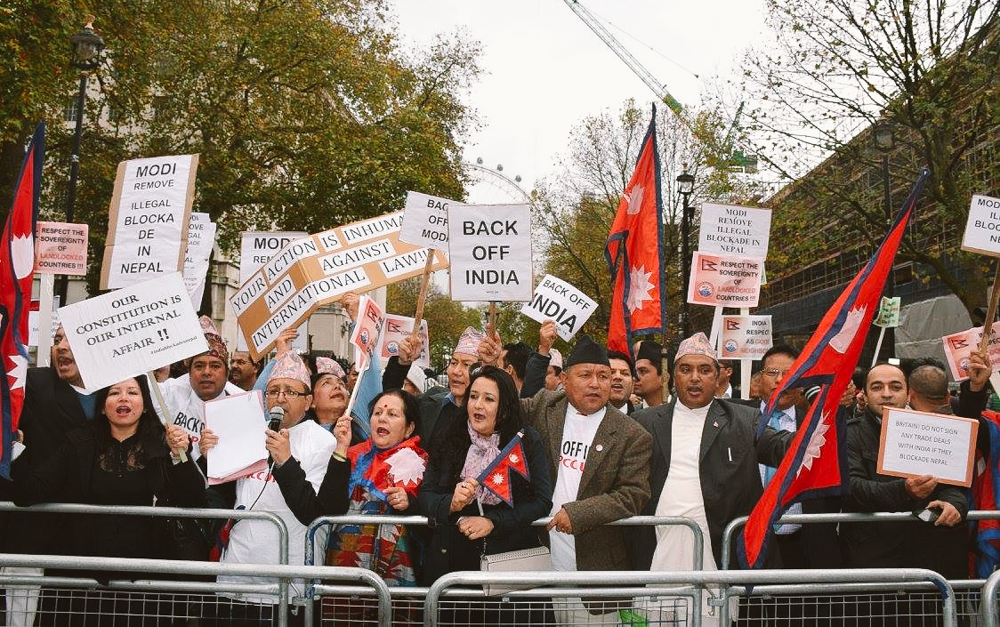 Nepal, a landlocked country between India and China, relies primarily on its southern neighbor, India, for imports. The harsh mountainous terrain along its northern border with China makes it tough for the countries to exchange goods. There have been violent demonstrations in Nepal since the passage of a new constitution by the Nepalese parliament in September. Although over two thirds of the lawmakers ratified it, a few minority groups feel marginalized. The Madhesis, ethnic Indians living in Nepal’s Terai region, blame the constitution for the division of their ancestral homeland.

Agitators have been picketing the Nepal–India border, where 70 percent of Nepal’s imports pass, badly effecting major trading points. Moreover, the United Nations (UN) has expressed concern over the inability to transport essential supplies across the border. UN chief Ban Ki-moon has called for a lifting of the blockade, invoking Nepal’s right of free transit.

Nepal’s Chemists and Druggists Association announced that most medical provisions were expended earlier this year following the disastrous earthquake. Now, with trucks being held at the border, Nepal faces a critical shortage in medical supplies that puts patients’ lives at stake.

Fuel reserves are being rationed in Kathmandu; mile-long queues are a common sight in the capital. Having run out of gas, many residents are being forced to use firewood to cook. Humanitarian organizations urgently require fuel to maintain operations and deliver materials to earthquake-affected villages, which are mostly located in high-altitude areas that will soon be cut off by the harsh winter weather.

Nepal and India have exchanged heated debates on the topic, with Nepalese Prime Minister KP Sharma Oli saying that “India’s blockade is more inhumane than war.” In a televised interview, Nepalese Deputy Prime Minister Chitra Bahadur KC expressed, “India wants to annex Nepal’s Tarai region. The blockade is a tool that India is using to pressurize Nepal in making the changes in the constitution for India’s longer-term political benefits.” India has denied staging the stalemate, with their embassy in Kathmandu denouncing the deputy prime minister’s comments.

One thing’s for certain, the recent events have adversely affected daily life across Nepal. The Nepalese people who gathered in Parliament Square understand the issues regarding Nepal’s new constitution, but they believe the blockade is an inappropriate response, because it damages their country’s sovereignty, hurts their ability to resolve the issue internally and, most importantly, puts the entire country into a deep humanitarian crisis. 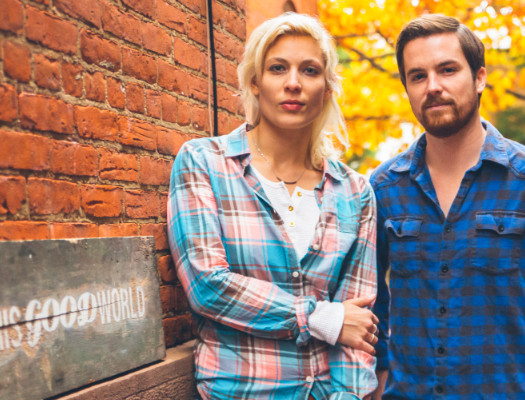 This Good World Interview: A Platform Sparking a DoGooder Revolution

The Party List: Our Top Charity Events for May

Read More
The Party List: Our Top Charity Events for May