Let’s start with this…Hope is…One of the most powerful forces in the Universe.

Google search results deliver the word “hope” twenty percent more than it does the word “God”. Translation: In the one place on Earth where everyone is connected, this word actually appears more often than His name. While both words are virtually universal, this must point to how much of life is connected to this concept.

“Hope” was a highly influential word in the election of the first African American U.S. President. Translation: Like him or not, the current Leader of the Free World knew it would take a universally-aligning concept to bring the majority together for an historic result. It did.

In Western medicine, the impact of hope on the effectiveness of medical treatments is now thought of as equally powerful as the treatments themselves. Translation: Research points to changes in brain chemistry when hopefulness is present. That’s science. Hope isn’t an idea. It’s real.

These are but three examples in many of the notable presence of hope in our culture and civilization. Beyond those, it is empirically evident that, without hope and reason to look forward, we simply perish. A weather-beaten community stagnates and withers without a reason to flourish. A teenager squanders her life and hangs from a ceiling fan if the bullying appears infinite. And a generations-old business employing thousands instantly crumbles when abandoned by stockholders as they lose hope that it can weather changing times.

But how do we lasso this force, “hope”? Can it be tracked, harnessed? Is that process science…or art? Experiment or perspective? Hope seems invisible, yet we all know when it arrives and sense when it vanishes. Intangible, yet undeniably, sharply real. Ironically, only those who have experienced it know what the world looks like when hope is present. Were we to see though their eyes and capture that vision—as empaths—we would see the unseeable. Dare we try to essentially learn the “address” of hope, maybe actually find it, like tuning into a band of the light spectrum? What could be possible, then?

Part art, and part a bold science experiment, The Hope Is Project places special cameras in the hands of people with compelling stories of adversity, for whom hope has been elusive. A man, told he will die. A woman, so aged she’s lost the will to live. An outcast, lacking strength to be who’s inside of him. A war hero, struggling to find escape and purpose. Each is given a simple instruction: look for hope, photograph it.

While there is more depth to the project, could a simple act of searching for this extraordinary force then uncloak a portal to its discovery? Could the images captured be as powerful to those who study them as to those who take them? This is possibly the only method of “seeing” through the eyes of another; once they snatch a moment from the air and preserve it on celluloid, something only they had observed until it is shared becomes witnessed through a vehicle—a camera.

This experimental project and its methodology are unique to Sarah Takako Skinner and her own engaging story. Its possible applications and the concepts from which it draws, though, are not unheard of or without substantial consideration. Numerous studies and writings point to the magnetism between hope and change.

In “The Psychology of Hope: You Can Get Here from There”, C.R. Snyder provided a researched basis for fostering hope in children and adults. Hope can be thought of as a journey requiring three things—a destination/goal, a route/pathway, and means of transportation or agency to make it to the destination. With The Hope Is Project, this model is followed; looking for hope as you see it (the goal), instructing/challenging you to find and photograph things presenting hope (the route), and utilizing the camera/film (vehicle).

Ohio State University’s Dr. Jennifer Cheavens conducted considerable research in a study published in “Social Indicators Research”. She and colleagues reported developing “a hope based treatment” which can teach people to be more hopeful, in part by building on or developing their strengths. Again, goals become crucial. “I am increasingly convinced that people must have something to strive towards,” Cheavens said “‘Goldilocks goals’, just right for that person, not too easy and not too hard, can help people get into a hopeful state and reach past what they’re comfortable with to what they really want.”

And, in “The Anatomy of Hope: How People Prevail in the Face of Illness,” Dr. Jerome Groopman revealed six medical case studies in which outcomes were impacted by hope, including one in which he successfully applies his hope-based therapy towards his own pain relief.

All participants in the Hope Is Project have captured varied subject matter, each with personal meaning and context. In every instance, they have reported a sense of increased hopefulness resulting from the process of looking for, and photographing, whatever they perceive embodies the concept of hope. 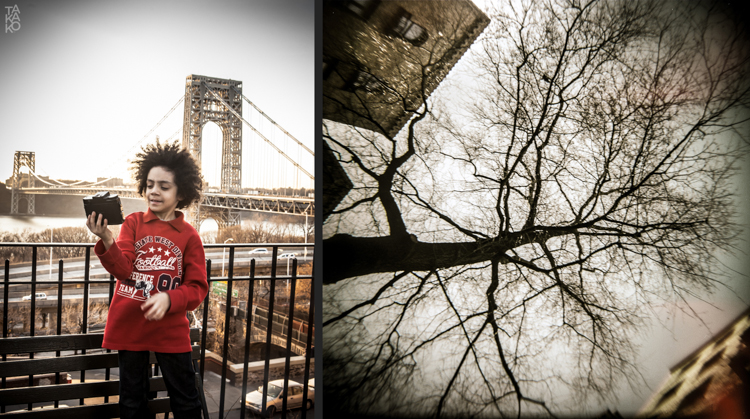 Ridley, a seven year old boy whose educational challenges could endanger his future and his dreams to become a scientist, focused on the world and structures around him. Security, stability, family and structure represented the promise of hope. 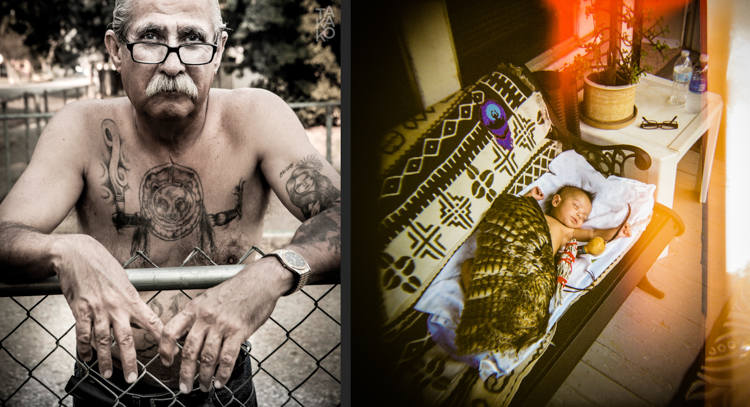 Phillip, whose freedom after decades of imprisonment for murder motivated him to look to family, and to offer hope to other inmates, turned the lens to his great-grandson and symbols of his Native American heritage. These inspirations were his motivation to earn parole and a future. 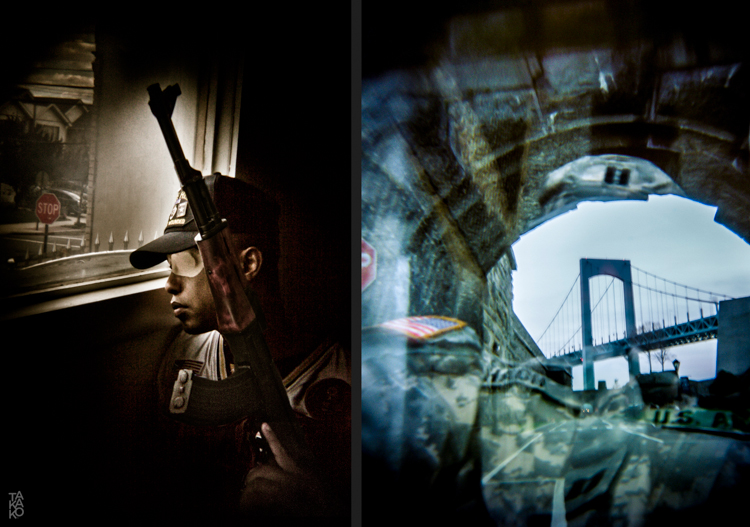 James, a wounded and retired U.S. Army Captain, endures a loss of independence, more than twenty pills daily, severe pain and cognitive impairment so he can continue living a life of meaning and patriotism. This real life hero dedicates his days to helping other veterans, and filled film rolls with images blending himself, icons of service and his surroundings. That connection symbolized how the hope he offers others strengthens him via his own sense of hope.

Indeed Ridley, Phillip and James are certainly participants. And they are artists, with their photography often producing dazzling, impressive and thoughtful imagery. Ridley would be thrilled to consider that they might also be scientists – stepping far out of what has become current reality, immersing into a larger experiment, gathering data frame-by-frame, scoping their horizons for evidence, peering into their own viewfinders of the Universe, and leaning in. No more wishing for hope’s visit or listening for its knock. They are now the visitors, wondering no longer if they will ever hope again. Today, they are leaning into hope.

Let’s finish with this: What if we knew what hope looked like?
In a series of articles to follow, we invite several people to participate in The Hope Is Project. Each has a need to believe there is reason to hope for something better: to stay alive, to preserve an idea, to feel safe again, or even to matter. They will search for hope through lenses of cameras.

Perhaps they will find it. Or, will it be hope that finds them?

The portraits above were photographed by Sarah Takako Skinner. The images to the right of each portrait were taken with Holga cameras by the people in the portraits as participants in The Hope Is Project.

See more on The Hope Is Project and follow the journey at HOPEISPROJECT.COM. You can also see a gallery of photos from the experiences of Ridley, Phillip and James and sign up for exclusive expanded content.

Marc Raco and Sarah Skinner of The Hope Is Project

Photographer and Executive Producer, Takako created the HOPE IS PROJECT as a way to understand the nature of Hope and inspire others to find it. Takako has traveled the world, interviewing subjects and handing them a Holga camera and a roll of film, providing them with one simple instruction: photograph hope. Along with Executive Producer Marc Raco, Takako and the documentary project will capture the continuation of this journey, as we explore the nature and power of hope with scientists, leading spiritual figures, historians, and experts. The film will be paired with gallery exhibits, interactive photo competitions, crowd-sourced content, and more to encourage our audience to explore the nature and power of Hope with all of us. 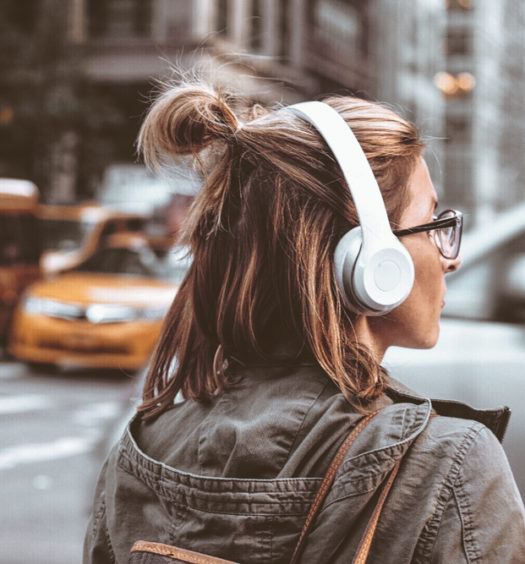 5 Women-Led Podcasts You Need to Know About

Read More
5 Women-Led Podcasts You Need to Know About 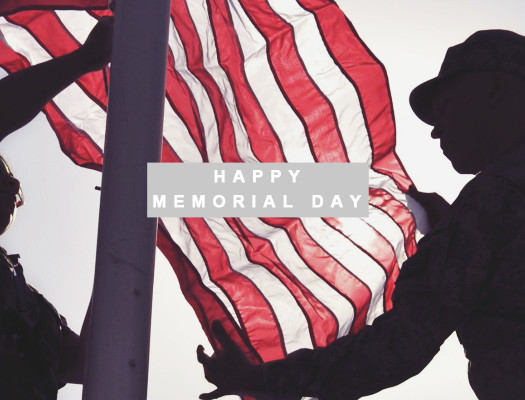 Conscious Thanks Our Military

Read More
Conscious Thanks Our Military