By Tiffany Schoolfield  •  8 years ago 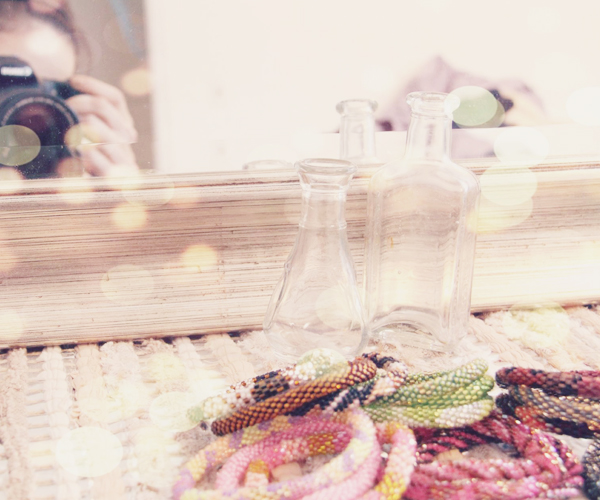 I was having one of those days; the kind where the more I rushed the slower I felt like I was going. Late for an appointment, I was briskly walking to my car. Summer had just started and the weather was mild, as always, in Santa Monica, California. Just as I approached Broadway and 4th, I heard someone shout in my direction: “excuse me!” I whirled around, expecting to have dropped something amid my dash to the parking lot. A girl, about sixteen — maybe seventeen — years old was smiling at me. She pointed down and asked, “Where did you get those?” I followed her gaze down to my left wrist, where three brightly colored bracelets were stacked haphazardly, one on top of the other. I knew it would take some explaining, but I began to tell her anyway: “they’re from Mae Movement.”

It wasn’t the first time a complete stranger stopped me to ask about the bracelets. I’ve lost track of how many times that has occurred. It seems that each time I go out wearing them, I find myself delving into the story that, about a year ago, I too wanted to know more about. Maybe it’s their intricate beading, or perhaps it’s the bright, vibrant colors. I’m not sure, but something about them leaves people wanting to know more.

Luckily, unlike most of my accessories, these bracelets do have a story behind them, and it started in 2011 with a mother-daughter duo from Delaware. Haley and Dee Cairo conceptualized a space that would nurture positivity — one that would inspire people to live their best lives and encourage others to do the same. After much planning and deliberation, Mae Movement was born.

True to its founding ideas, Mae Movement supports community outreach and positivity, but its identity has largely become tied to the Nepalese handcrafted bracelets, like mine, that support the fight against human trafficking — the exploitation and commercial exchange of human beings. “We initially loved [the bracelets] for their beauty, but when we found out the cause behind them, we fell even more in love with them,” says Haley. “I used the bracelets as my platform to speak to the youth about entrepreneurship and giving back.”

Human trafficking is an issue that Haley and Dee have long been concerned by. It is a criminal industry that generates a profit estimated at over $32 billion year, and is the world’s third largest criminal industry, behind illegal drugs and arms trafficking. As many as fifty-five percent of those who are trafficked are women and young girls, according to dosomething.org, and they are oftentimes misled into the industry. Haley and Dee proudly support the Nepalese women who make the bracelets, and profits go towards providing them with living wages.

In an effort to reach a wider audience and further promote the fight against human trafficking, Haley and Dee met with bloggers from the YouTube beauty community at New York’s IMATS, a tradeshow for makeup artists and enthusiasts. Ingrid Nelson, more widely known by her YouTube channel’s name, missglamorazzi, was one of the bloggers that they reached out to. After hearing about the cause, she featured the bracelets in multiple videos, exposing Mae Movement to hundreds of thousands of her viewers. “It’s really important to give back and make people aware of different things going on in the world. I just really like the message [Haley and Dee] were spreading and I like the way they were doing it,” Nelson says. The avid support from the YouTube beauty community, and Nelson, has helped to make social media the most effective marketing tool for Mae Movement to date.

As the Movement continues to grow, Haley and Dee have plans to expand the variety of products sold on the Mae Movement website. They hope to one day establish a charitable and sustainable clothing line, as well as their own line of jewelry. For now, they will continue to ship bracelets to people all over the world, so that others, like myself, can share the story of Mae Movement and take a stand against human trafficking.