FINDING NEW MOTIVATIONS IN OUR WORK 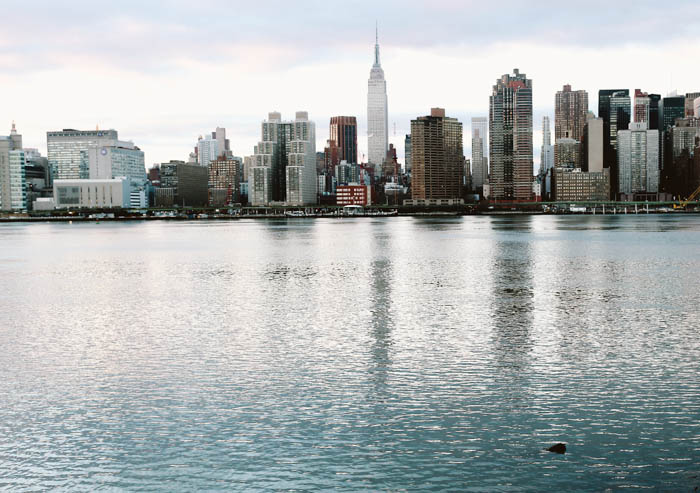 Work can certainly be a troublesome part of life. Often, it is a source of frustration, stress, hardship, and pain, yet it is something that we cannot do without if we hope to live fulfilling lives. I would even go so far as to say work is something we were made to do. There is an innate desire within to develop our potential, to create, to be useful, and to help others. It brings us joy to see something created or accomplished through our labors and it should. This reorientation of work is a radical departure from the viewpoint I grew up with; work used to be simply a necessary evil to obtain some other desired end.

A woman named Dorothy Sayers once wrote an interesting essay on work, in which she provided a definition that I think many people in our society (myself included) are in desperate need of today. She said that work should be “the gracious expression of creative energy in the service of others.” In Dorothy Sayers’ definition, loving others is the driving motivation that leads you to develop your innate creative potentialities and utilize them in a way that is helpful. It is an application of the idea that in order to be filled, you must pour yourself out.

In contrast, I think a commonly held modern view of work may accurately be described as “that which you do for a living so you can make money and do what you really want to do.” You are not working in order to love others, nor are you doing your job for the sake of what you do. The results of your work then become merely a byproduct of your true aim, and this can lead to all sorts of problems within our society and in our lives. If a doctor’s foremost aim is to make a living and obtain a status instead of restoring health and relieving suffering, this may change the way he makes decisions, and as a result, the quality of our healthcare will likely degenerate.

This exact thinking has created all kinds of problems within the financial industry. When the primary goal of a banker is no longer to be a good steward of financial resources that have been entrusted to him by efficiently allocating them in a way that those resources are multiplied for the good of society, it contributes to problems like the housing crisis. The financial industry is often picked on, but the same could be said of any profession. Wherever you look you will find people (dare we say all of us?) who are willing to sacrifice the true purpose for their work in pursuit of money, power, success, self-image, comfort, or a list of other things.

John Adams is a personal hero of mine. In a passage I love from a letter to Jonathan Sewall, he writes:

“Now to what higher object, to what greater character, can any mortal aspire than to be possessed of all this knowledge, well digested and ready at command, to assist the feeble and friendless, to discountenance the haughty and lawless, to procure redress to wrongs, the advancement of right, to assert and maintain liberty and virtue, to discourage and abolish tyranny and vice?”
(John Adams, by: David McCullough)

His affinity for his profession as a lawyer and growing love of the law is nothing short of inspiring, and the principles behind this passage could be applied to any profession.

Over the past several years, I have spent almost an exorbitant amount of time reflecting and sorting through my own motives in relationship to work. Burnout, boredom, idleness, and anxiety were some of the symptoms, but further underneath was much to be discovered and rectified. Two things stand out the most – inordinate desires for success and (for lack of a better word) comfort.

Growing up, I never fit in with other kids. Most of the time, I would have rather talked to their parents than them, but we all want to be popular and for me, that desire was probably stronger than most. I often found myself as an outsider, however, I gradually learned a way to cope – I would just be better than them. Beating people is a pretty effective way of elevating yourself over them and gaining the praise of others. Over time, I built my identity and worth on this ability to succeed and by doing so, developed several character flaws. First, I caught myself looking down on other people who I considered lazy. Secondly, I kept burning out.

While I was in college, something very unfortunate happened, but in many ways, it turned out to be for my good. I became sick for several years and for the first time in my life, I could not work as hard as I used to and found myself incapable of succeeding. When you lose the thing you have built your identity and worth around, at first it feels like a loss of self, and from what I have seen, some never recover. If you persevere however, it can be a refining fire. I found myself going through an endless downward cycle, in which I would get an ambition to do something, I would work myself into the ground in an attempt to accomplish it; my health would begin to give out; success would seem unattainable, and all of a sudden I would find myself so unmotivated that I could not lift a finger.

After several renditions of this, I knew that something was wrong, and I had to make a change. I began to see that the reason I would start off working so hard was not to love other people or to do something great for the sake of it. Instead, it was to prove to myself and everyone else that I could succeed and because I could succeed, I had worth. Success in and of itself is in no way a bad thing, but when you make it the ultimate thing that is driving you, it is an exhausting motivator and can leave you crushed when success eludes you. I had become so emotionally tied to my work that I either cared too much and worked too hard, or did not care enough.

My second major realization came about a year and a half later when I was once again struggling with my health. I was not enjoying my job at the time, and I felt tremendous anxiety because the list of things I hoped a job would provide was so long the perfect job seemed impossible to find. In my head, the list sounded like something along the lines of, “I need a job where I can do something I enjoy, help people and contribute to society in a meaningful way, make a good salary so I can support a family, not work too many hours so I have time to see my family, live in the city I want to live in, etc.”

As a young and inexperienced recent graduate who was not even sure what he wanted to do, I felt trapped. It seemed as though everything in my life hinged on finding that perfect job. Without it, my life would be filled with stress and disappointment, and I would have no joy. I was once again no longer doing work for the sake of what I was doing or to love and help others. Instead, I was working to obtain the lifestyle I thought I had to have. Once I recognized the pattern, I knew that my self constructed dilemma simply was not true, and I could have joy even in a less than ideal job. A huge weight was lifted from my shoulders, as my work began to be just work again instead of a means to obtain everything else I thought I had to have to be satisfied.

For those of you looking for some practical guidelines, here are three to think about:

LOOK IN
Discover what your natural abilities are. Develop them, and try to find a job where you utilize those skills. If you cannot find a job that feels like a great fit, then try to organize your current responsibilities in such a way that they are at least a closer fit until you can find something better.

LOOK OUT
Find a job where you are contributing to the well-being of society and helping people. It is important here not to neglect the big picture. Often, it is easy to think that unless we are working at a non-profit caring for orphans and widows (that is awesome if you are, by the way), then we are not helping people. The truth is that if you are a lawyer fighting to uphold justice, a doctor working to relieve suffering, a banker trying to be a wise steward of your depositors’ financial resources, a teacher imparting knowledge, an artist bringing beauty into the world, or a garbage man helping to keep our streets clean, then you are doing a tremendous amount to help others.

COMPENSATION
Not all good work is necessarily high paying or highly skilled, but it does promote the common good and is an expression of love. Therefore, I do not believe that compensation should be the primary reason why we take any job. Sometimes, however, if you are very helpful to people through your work and expertise, your customers may be willing to pay you a large amount for your products or services. I do not believe high profits or compensation in itself should be considered a societal evil as it so commonly is today. High profits usually signal an unmet need to other businesses and entrepreneurs who will then direct more resources toward meeting that need. This increases competition and drives down prices and profits, which is ultimately good for the consumer.

My own process of discovery continues, but if I had to summarize what I have already learned it would be this: there are two things we all want more than anything – to be loved and to be known. None of us however (at least I am convinced), think that people will fully love and accept us if they truly know who we are, and because of this, we try to cover our inadequacies from others and even ourselves. Work often becomes the means of accomplishing this as we use our jobs to fabricate coverings of success, money, power, self-image comfort or whatever else we idolize. We can even externally work to help others while being driven by the need for other people to think of us as a good and selfless person. All of this though prevents us from doing our work for the reason we should be doing it – to love others.

So, how do we move beyond our selfish motivations? I personally have found the answer in humility and learning to understand grace. I may not be all the things that I should be, but I am known and still loved. The more I understand that, the more I can pour myself out for others for all the right reasons. Work can even then become almost like charity. 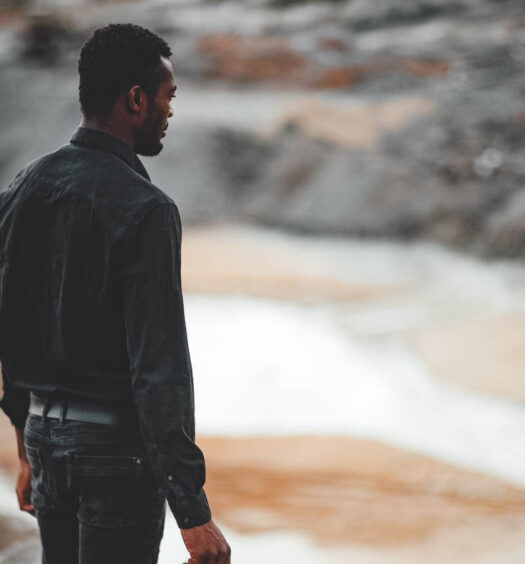 COVID Anniversary and a Year of Transformation

Read More
COVID Anniversary and a Year of Transformation 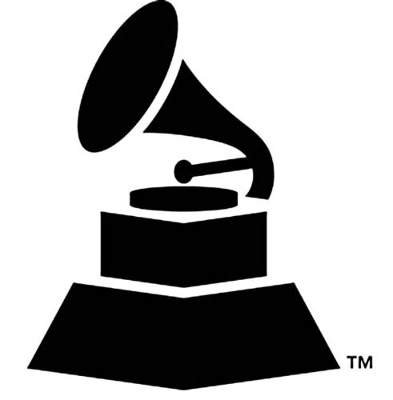