By Docsology Films  •  4 years ago 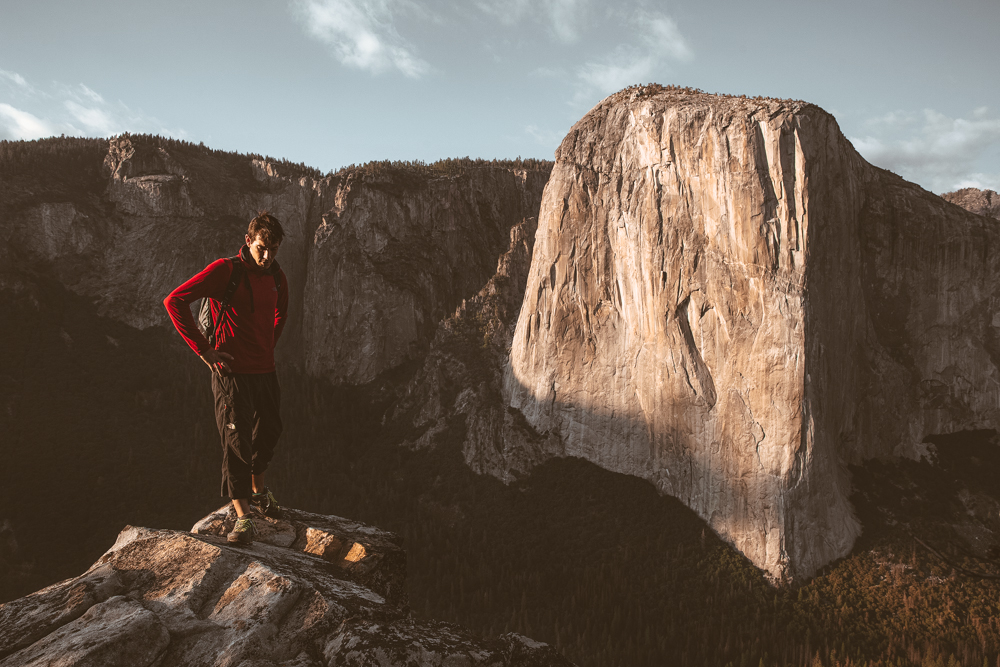 4,294,381 people visited Yosemite National Park in 2015 and gazed upon the intimidating beauty of El Capitan. One of them saw a climbing route.

That one was Alex Honnold, the world-famous rock climber who had already made history in Yosemite in 2012 when he free soloed the Regular Northwest Face of Half Dome. For Alex, free soloing El Capitan would be the greatest accomplishment in the sport of rock climbing in the world, and he began to plan how to do it. He invited a team of filmmakers to come along with him as he prepared and attempted the climb.

The new documentary from National Geographic Films, Free Solo, chronicles that season of Alex’s life. Free Solo is a harrowing film about the limits to which humans will push themselves and the invisible bonds which support us. In addition to astounding footage of Alex exposed on the face of El Capitan, the film is also an intimate portrait of a man and what enables him to push himself to those extremes. 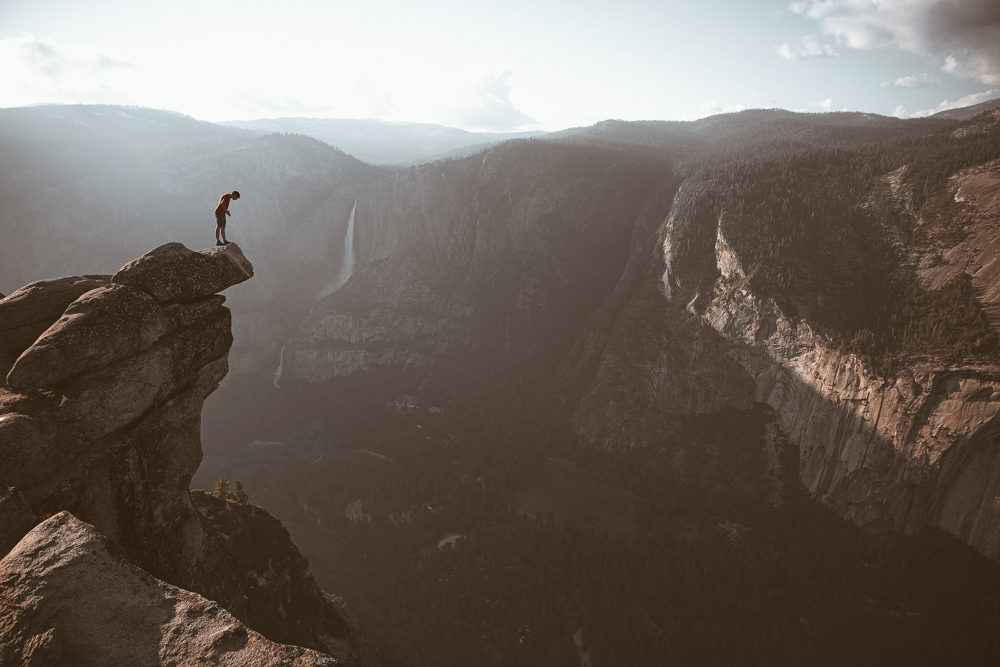 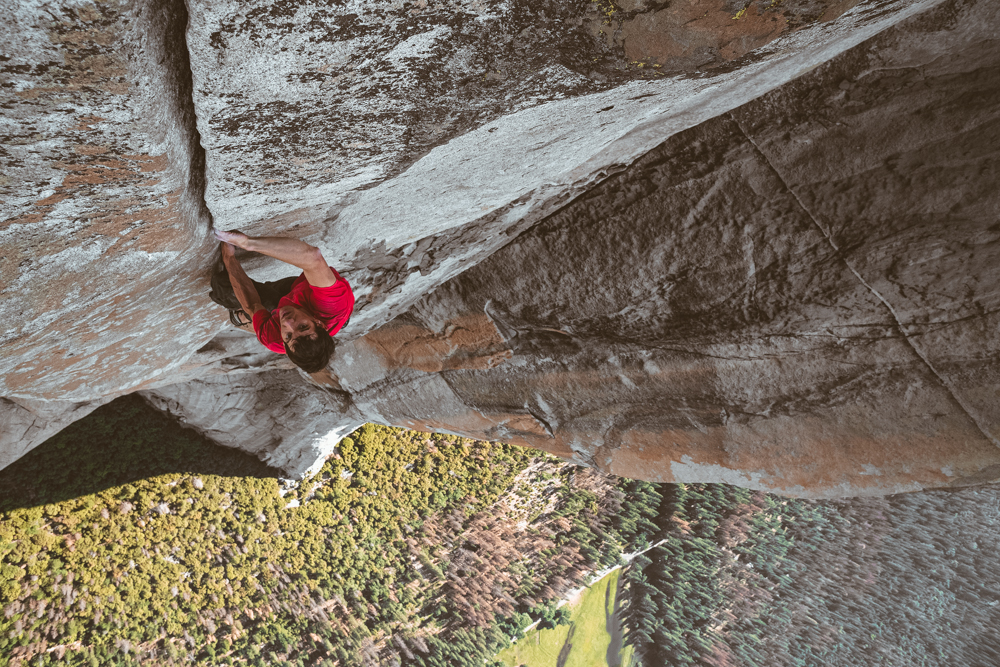 “Free soloing” is a climbing method in which a climber scales a high vertical rock face without the aid of any safety or support gear—no ropes, no carabiners, no helmets; just a good pair of shoes and a bag of chalk dust to keep your hands dry. It is a step more dangerous than free climbing, in which a climber uses ropes only to catch him or her in the event of a fall. If a free soloing climber falls, they almost surely die.

It takes tremendous nerve to do what Alex does, and he’s famous even in the climbing community for his unflappable focus. He simply does not get scared in situations that would shake even elite climbers. Free Solo is as much about Alex as it is about his famous climb. The filmmakers try to get at that which makes him such a remarkable climber.

Clear answers about what makes Alex, Alex are not forthcoming. How could they be? A person is more complicated than any ninety-six-minute film can untangle, even a film as good as Free Solo. Rather than offer definitive answers, filmmakers Elizabeth Chai Vasarhelyi and Jimmy Chin (Meru, 2015) approach Alex Honnold from a variety of angles, including his innate personality, his family history, his current relationship status, and even his neurophysiological makeup to form a kind of constellation (or network of hand and foot holds, if we’re being topical), and let the viewer reach what conclusions she or he will.

For example, the documentary includes a trip Alex takes to a research lab to undergo a neurophysiological examination, in which scientists discover that his pituitary gland does not react to stimuli like the average person’s. The scientists wonder if that accounts for his steady calm while rock climbing; he wonders if his brain is simply accustomed to more nerve-wracking situations than most people because of his rock climbing.

This unwillingness of Alex to be pinned down is typical (and fitting for a free solo climber, eh?). Alex also holds friends and family at arm’s length. He feels that this is something he must do if he is going to be able to take the risks necessary to accomplish the kinds of climbs his does. He remains distant even as he lives in close quarters with his girlfriend in his retrofitted Ford Econoline van or as he free climbs with other elite climbers around the world.

And yet, Free Solo also paints a compelling portrait of all the people who love and support Alex even though he remains emotionally distant from them. They are the invisible hands that support him as he climbs, the friction that keeps him stuck precariously to the social wall. One hopes. Free Solo is the kind of documentary that makes you hold your breath, both because you don’t want Alex to slip off the granite face of El Capitan and because you can see how easy it would be for him to slip free of those who love him. That Alex completes his free solo of El Capitan is established history. If he’ll keep in close contact with his relationships is yet to be seen. 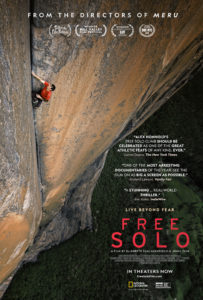 MORE INFORMATION
Movie Site / IMDB / Trailer
Running Time: 100 minutes (1 hr, 40 minutes)
Director: Jimmy Chin, Elizabeth Chai Vasarhelyi
Pull Quote: Free Solo is the kind of documentary that makes you hold your breath, both because you don’t want Alex to slip off the granite face of El Capitan and because you can see how easy it would be for him to slip free of those who love him.

Curating ‘praiseworthy’ new documentary films and true-stories for aspirational audiences that authentically explore the truth about the human condition with excellence, artistry and substance. Every week Docs/ology shares condensed film reviews to help you discover the best new documentary film releases in theaters, on TV and online. 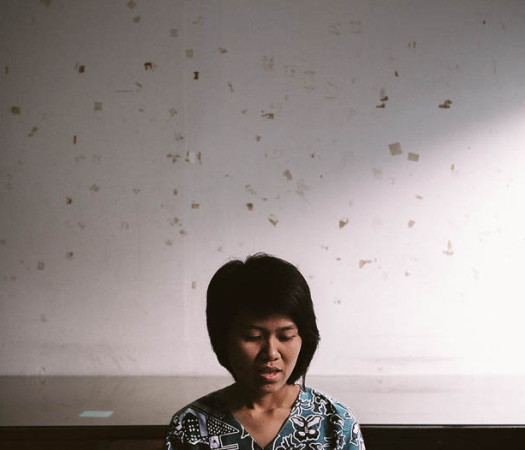 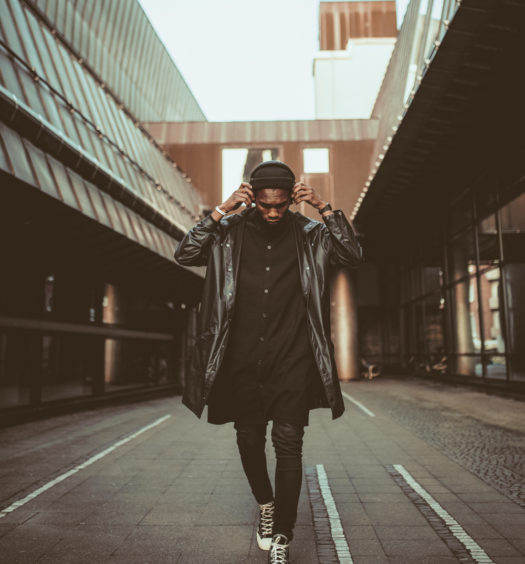 Your Dream is Worth it—Here’s What it Takes