Samantha Elandary is the Founder and Chief Executive Officer of Parkinson Voice Project. She holds a BA in communication disorders and English and holds an MA in speech-language pathology from the University of North Texas. Since 1999, Mrs. Elandary has worked exclusively with individuals with Parkinson’s and has devoted her career to making speech therapy services accessible to this patient population. She is proud of the fact that Parkinson Voice Project does not bill Medicare or insurance and does not charge patients for therapy. All professional services at Parkinson Voice Project are provided through donations and a “Pay It Forward Initiative." Many ask what motivated Mrs. Elandary to start Parkinson Voice Project. While she does not have a family history of Parkinson’s, she was born with a cleft palate and struggled with her speech from childhood until she was a young professional. She understands how vulnerable someone who has a communication disorder feels and how other people judge a person’s intelligence and competence based on the ability to communicate. She considers it an honor and a privilege to help people with Parkinson’s regain one of God’s most precious gifts. On a personal note, Samantha Elandary is married and has two children. She enjoys cooking Italian and Lebanese food and hosting dinner parties.
Latest Posts | By Samantha Elandary 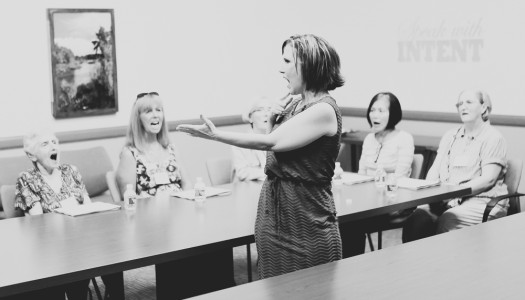 When you think of Parkinson’s you may think of celebrities like boxing legend Muhammad Ali, singer Linda Ronstadt, or actor Michael J. Fox. The reality is that there are more …
END_OF_DOCUMENT_TOKEN_TO_BE_REPLACED