Guest Contributor. Emily Wilkinson currently acts as Managing Partner of Wilkinson Mazzeo, a law firm that provides legal support to causes and creative businesses. At her previous gig as General Counsel & Corporate Secretary at Invisible Children, Emily became a connoisseur of nonprofit and creative legal affairs. She managed and protected their legal rights when they released the most viral video in history (cc: KONY 2012), and before that, she punched multitasking in the face by building the organization’s legal and development departments. And before that, she graduated law school in the top of her class while directing a documentary in Cambodia that aired on PBS. She’s been balancing her love of law with her love of storytelling and filmmaking ever since. Other loves include writing music, bike riding, not dressing like a lawyer, working on her car (a ‘71 VW Kharmann Ghia named Tigerlily), and hanging with her twin sister (named Rose). Being the incredibly fair and impartial lawyer that she is, she loves all of the above equally (with liberty and justice for all).
Latest Posts | By Emily Wilkinson 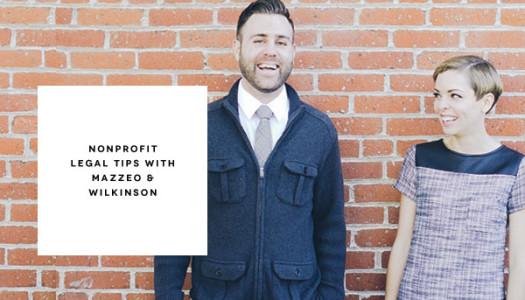 Sam Mazzeo and I founded Wilkinson Mazzeo, a law practice dedicated to providing legal support to causes and creative businesses, after recently leaving our posts as in-house legal counsel at the nonprofit …
END_OF_DOCUMENT_TOKEN_TO_BE_REPLACED