Jamie Tworkowski of To Write Love On Her Arms 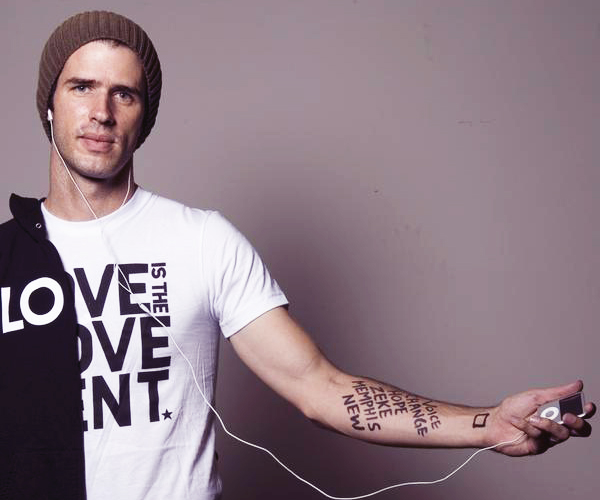 It started seven years ago with an effort to help one lost girl and transformed into an initiative that continues to inspire thousands across the nation.

“We were never meant to do life alone,” said Jamie Tworkowski, Founder of To Write Love On Her Arms, which is a charity dedicated to helping people who battle with addiction, depression, self-injury and suicide.

Cocaine, pot and pills ran through a sleep-deprived 19-year-old Renee, as she grasped one end of a razor blade; pressed it up to the naked skin of her arm, as she had done 50 times before; and intently carved words that cut much deeper than the physical draw of blood. Surrounded by the prayer of friends and soothed by music, Renee chose life.

In 2006, Tworkowski wrote a story about the five days spent with his troubled friend (Renee), after she was denied entry to a local treatment center. He posted her story to MySpace. Instantly, it caught attention.

To Write Love On Her Arms (TWLOHA) is dedicated to helping friends, like Renee (who inspired the name of the charity) to attain the help they need to carry on. They offer the tools and knowledge needed, such as local treatment centers and hotline information to help our friends who cannot help themselves.

In 2011, the charity was honored to receive a $1 million donation from the JPMorgan Chase Foundation at the first-ever American Giving Awards.

Today, TWLOHA hosts national concert tours, such as the recent Heavy and Light Tour with featured artists such as Jon Foreman (of Switchfoot), Christina Perri, Raneri (of Bayside) and award-winning spoken word poet Anis Mojgani, in an effort to reach out to people in pain through music, speech, and poetry.

“You are not alone, and this is not the end of your story.” – Jamie Tworkowski.

F R O M   T H E   E D I T O R:
At Conscious, we are inspired by remarkable people, and so we set out to tell stories that highlight real human interactions and human dignity, and we’re calling it stories that matter. You can read more stories like this when you pick up your copy of Conscious Magazine. Subscribe today via our Conscious Shop.