A Mother’s Story of Trichotillomania, Depression, and Finding Help 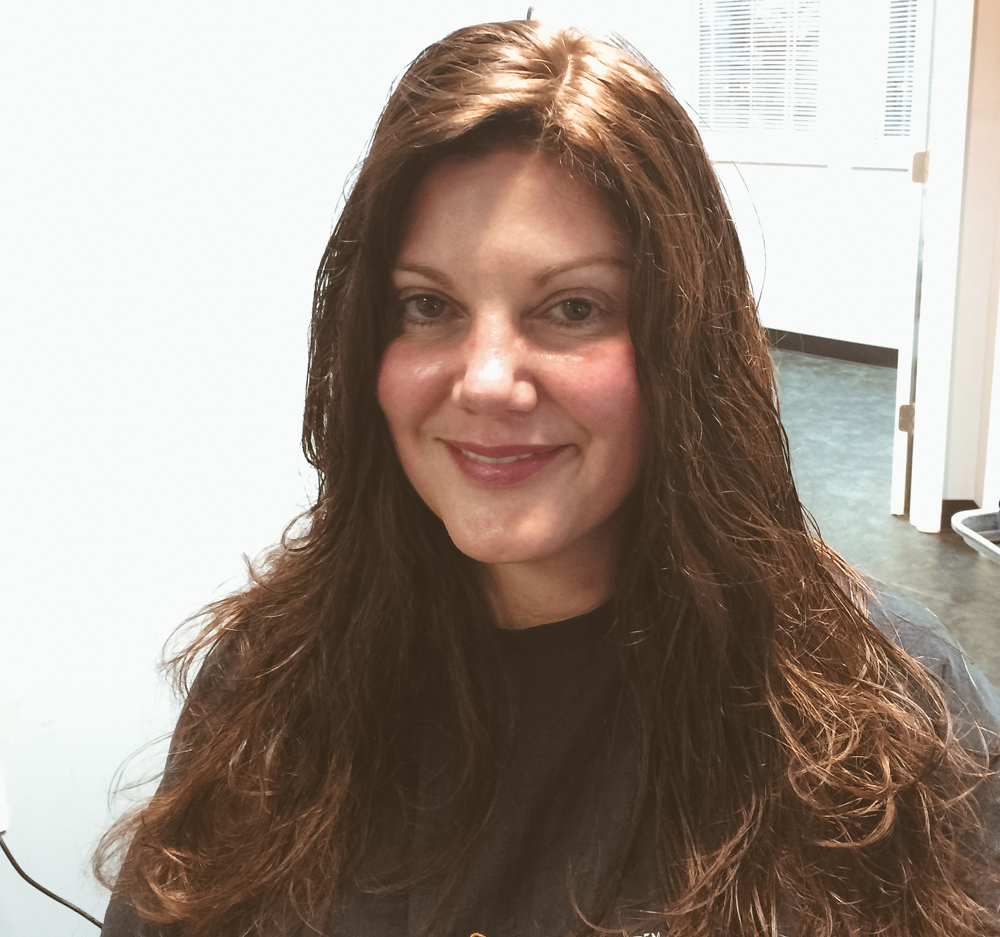 This story begins with a past, a past that is still too painful to share. But this story’s outcome has a bright new beginning filled with love, courage, strength and the will to empower women everywhere.

Louise Damiano is a 49-year-old mom from NJ living just outside of Philadelphia. Louise suffers from an impulsive control disorder called trichotillomania. Essentially, Louise can’t resist the urge to pull out her own hair. Stress often triggers Louise’s trichotillomania. It’s something Louise has been suffering with since age 35.

Louise and I took a phone call this spring where she agreed to tell her story as part of our mental health series purposed to change the conversation and remove the stigma surrounding mental illness. Louise and I were connected after I took a trip to Bologna, Italy and met with the Cesare Ragazzi Team, a company that is changing lives for cancer patients, burn victims and women and men with trichotillomania. Cesare Ragazzi, through innovative 3D printing technology, creates customized scalp prosthetics. Cesare has been an instrumental partner and advocate throughout Louise’s journey. You’ll discover more later on in this article.

While there are parts of Louise’s story that are still too difficult to bring to the surface, from what I heard during our conversation, I only identify Louise with bravery. She allowed me to experience her vulnerability, which she now willingly shares with you. She lets us into an intimate place in her heart.

Where did this journey begin? How did Louise get here, and how did she develop this disorder?

“To go from having a good income and an active professional life where I was respected and well regarded to nothing was devastating on all accounts.”

Originally, Louise was a successful jewelry designer. With complete confidence in her business partner, she found herself in a situation where her partner sabotaged the business. When that happened, her husband detached from her. At that moment she felt utterly alone. That’s when things went south for Louise – she lost her business and she lost her marraige. Again, there are parts of this story that are still too painful to share.

“Where there was a healthy self-esteem, I was left with an emptiness and to have this happen at the beginning of my marriage put tremendous pressure and strain on us. It was also at this time of great vulnerability being very depressed. My husband first pulled away from me. So I felt abandoned emotionally too. This loss of identity sent me into a terrible depression and self-destructive period. I believe it was one of the many key things that set us up in many ways with the divorce we are in right now. Our marriage never recovered from that terrible blow.”

It is not uncommon for trauma to change one’s life story. Past trauma can stay dormant until it is revived with a trigger requiring a coping mechanism to just survive one more day. For Louise, with an overwhelmingly set of abuses done to her, she found herself in a place where the pain had gained momentum, and where joy and love were replaced with fear, depression, and anxiety. She found her solace in pulling – pulling her hair. It started with just a few strands until one day it became visible to friends and family. She had pulled out clumps of hair leaving her with patches of hair loss. She had what is called trichotillomania (hair pulling).

According to Mental Health America, trichotillomania is a body-focused repetitive behavior classified as an impulse control disorder, which involves pulling out one’s hair. Hair pulling may occur in any region of the body in which hair grows, but the most common sites are the scalp, eyebrows, and eyelids.

With an understanding of this definition, I asked Louise, what do you consider trichotillomania to be versus how others perceive it?

Trichotillomania is an “impulse control disorder, a self-ruining gene gone haywire. The hair pulling developed from anxiety, living in an unhappy marriage and an unhappy situation. It was almost like an outcry. Tric shows up differently for different reasons and in different ways.”

“But yes, people don’t really understand it. They ask, why would you want to pull your hair out. Consider it a self- harming thing – more born out of self-sabatoge. For me, it came out of sadness, a real sadness where I lost parts of myself. That’s where my hair was symbolic. A lot of parts of myself died in my marriage. I was actually – tied to that loss.

When I pulled my hair it was like an irresistible urge would overcome me…it would send me to parts of my head where there were strands of hair that were coarser and that had different texture than other hairs. Those were the hairs that I would pull. They were generally grey. I would search through and feel meticulously as if I were on a mission until I found the hair I was looking for…then I would generally acquire a bunch of hairs and then roll them together in a bunch. It was a ritual of sorts. I stopped pulling now for least 6 months and even though I can describe the impulses I had, I don’t relate to it because those impulses have stopped for so long now.

For me, and now I’m on the other side of it, I attribute my hair growing back to having a hair prosthetic by Cesare Ragazzi.” Cesare Ragazzi Laboratories offers proven, non-surgical solutions to hair loss with healthy, permanent results. They understand that losing hair can be a deeply traumatic and isolating experience, damaging confidence, wellbeing, and self-esteem. Cesare Ragazzi Laboratories produces a hair and scalp prosthesis made using 3D printing technology. “The CNC is the perfect replica of the scalp of a person, and could be full or partial. Licensed CNC centers takes exact measurement of the client’s scalp and create a mold,” said Stefano Ospitali, CEO of Cesare Ragazzi Laboratories. “All this information, and where is possible, also a sample of the old hair of the client is sent to Italy where a process of 39 steps starting with the 3D technology where we print an exact replica of the head of the client,” he said. 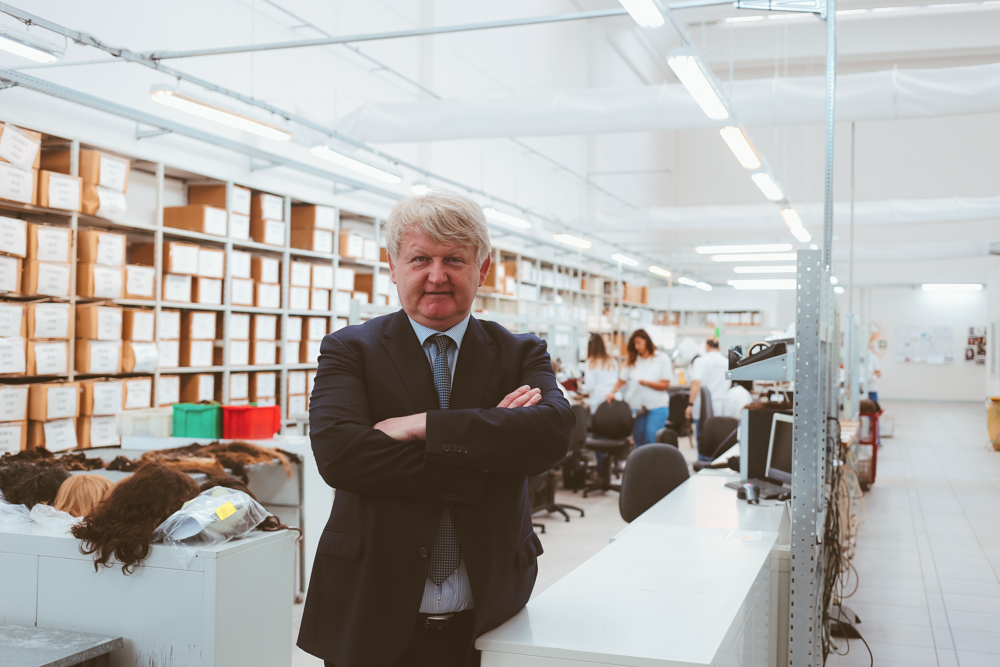 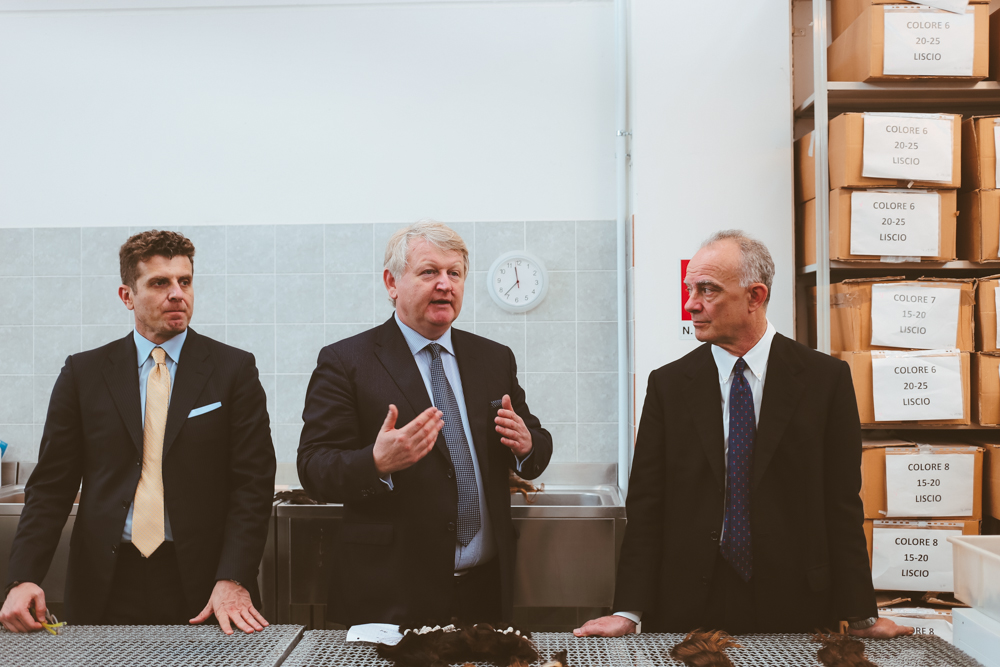 But this is only part of Louise’s story. One of my very first questions to Louise during our conversation was, what is your passion and what inspires you? You could hear the lightness in her voice. A smile like sound coming through the phone.

“I have a nine year old daughter and one of the things that I have expressed and instilled in her with my own mental illness is the importance of taking about our experiences especially if you know it can help someone else who is suffering. Too many of us suffer in silence…I did that too and isolated terribly, until I hit my limit and I got really determined to find a solution. However we shouldn’t have to isolate…there should be more available for so many of us, reliable information isn’t always easy to find. For me finding Cesare Ragazzi was a journey of trial and error, one fraught with a lot of difficulty. I think all of us who suffer with mental illness owe it to ourselves and others to be open when we believe it can help, when it can help someone feel less alone and isolated. That is my desire.”

Today, Louise is excited, recharged and fighting the past with a sterling venture purposed to empower women to free themselves from obstacles that take them away being their truest most authentic powerful selves.

And, with hair pulling no longer an issue for Louise, and a deep desire to impact other’s lives, she attributes this life-change to the prosthetic she received from Cesare Ragazzi. 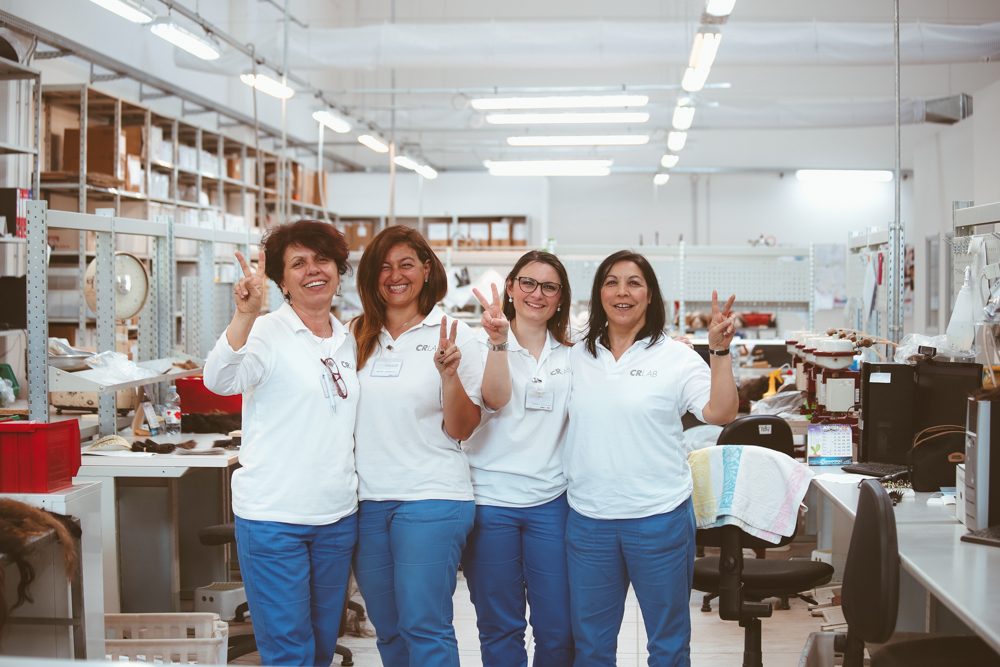 “Cesare Ragazzi has changed so many things for me as before I got my hair prosthetic I was really embarrassed to go out in public because of the hair loss that occurred from my hair pulling. With the hair prosthetic that went away as I could go out, work out, swim…do anything I wanted and my hair looked amazing. I also would have to get it reapplied about every four to five weeks so it was a normal hair routine…and when they did that they would treat my scalp to enhance hair growth and general scalp health. This also enabled the areas where I had hair loss to grow in. So over time I was able to stop wearing the hair prosthetic altogether. “

Dedicated to restoring hair and confidence, the Cesare Ragazzi’s team of experts have worked in high-technology environments for years developing their CRL system, an advanced, non-invasive, dermatologically-tested, full or partial hair replacement system that restores beautiful hair – seamlessly. “We started 50 years ago at the beginning with just an idea to replicate the scalp and from that time we develop day-by-day always a new technology. We have done study and certification inside different university,” said Ospitali. 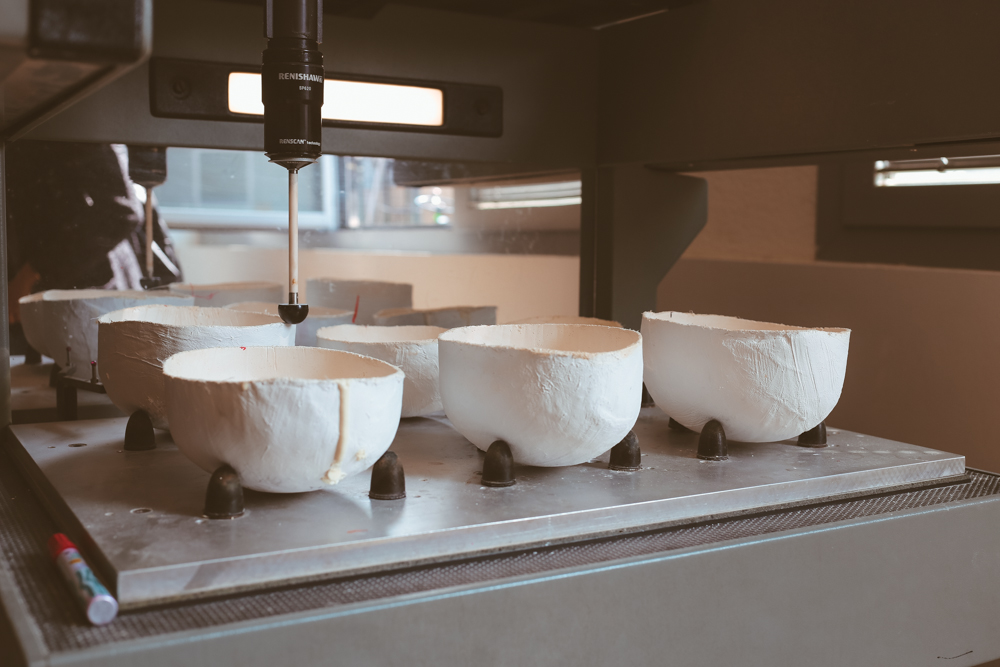 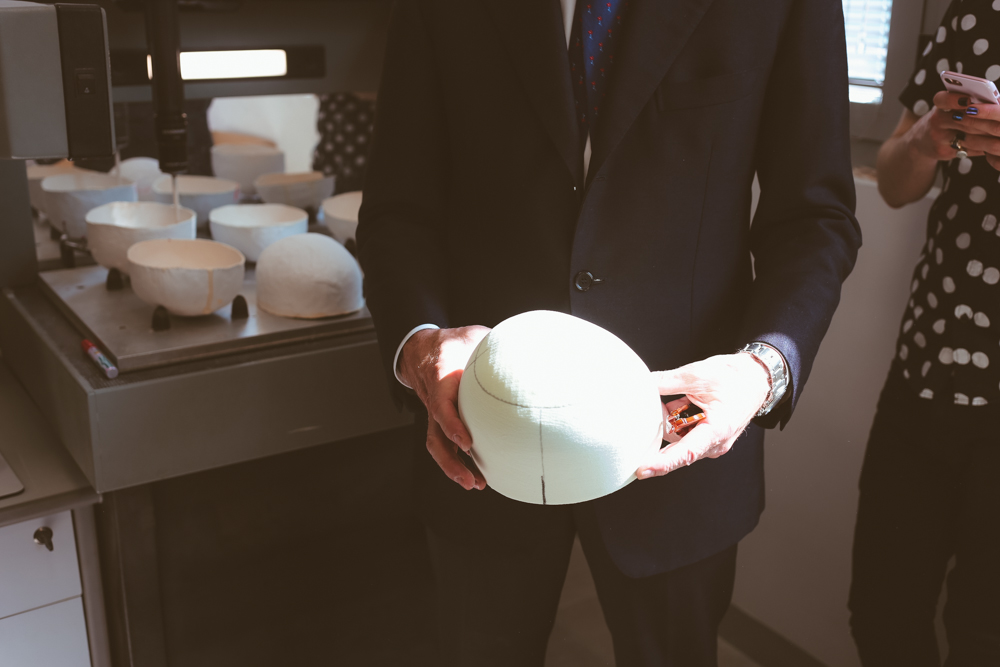 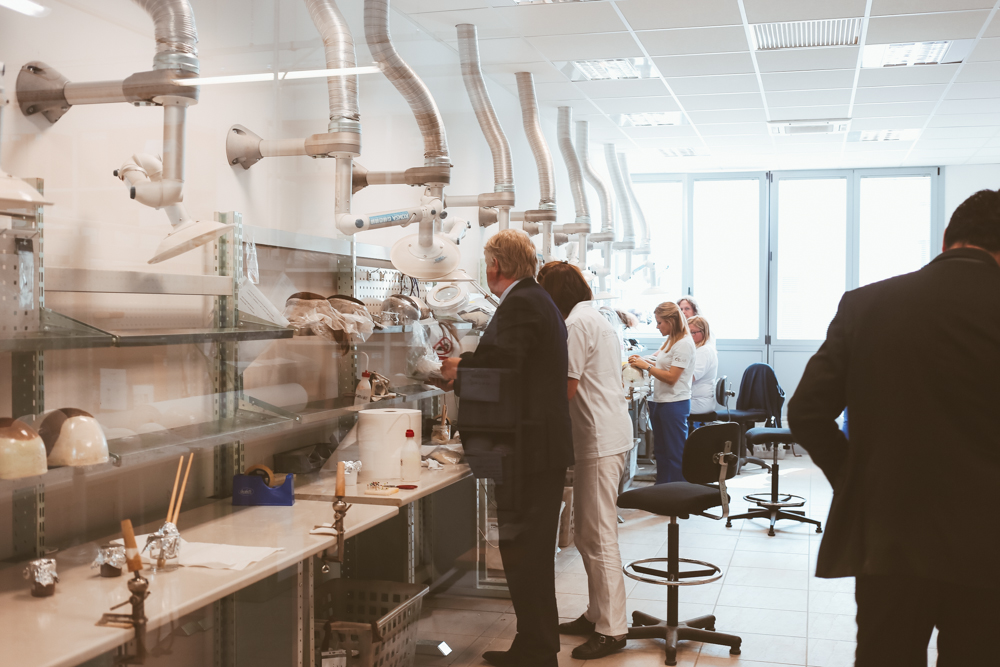 I was lucky to visit Cesare Ragazzi’s factory in Bologna back in April. I was a part of the first group of U.S. journalists to ever seen their process first-hand. What I learned was incredible. Cesare Ragazzi and their CNC Systems are truly made in italy and made with love with the most prestigious craftsmanship. I’ve admired their leadership, thoughtful care of their staff, and innovative ideas pouring through a conscious company that is International and growing from London to United Emirates. 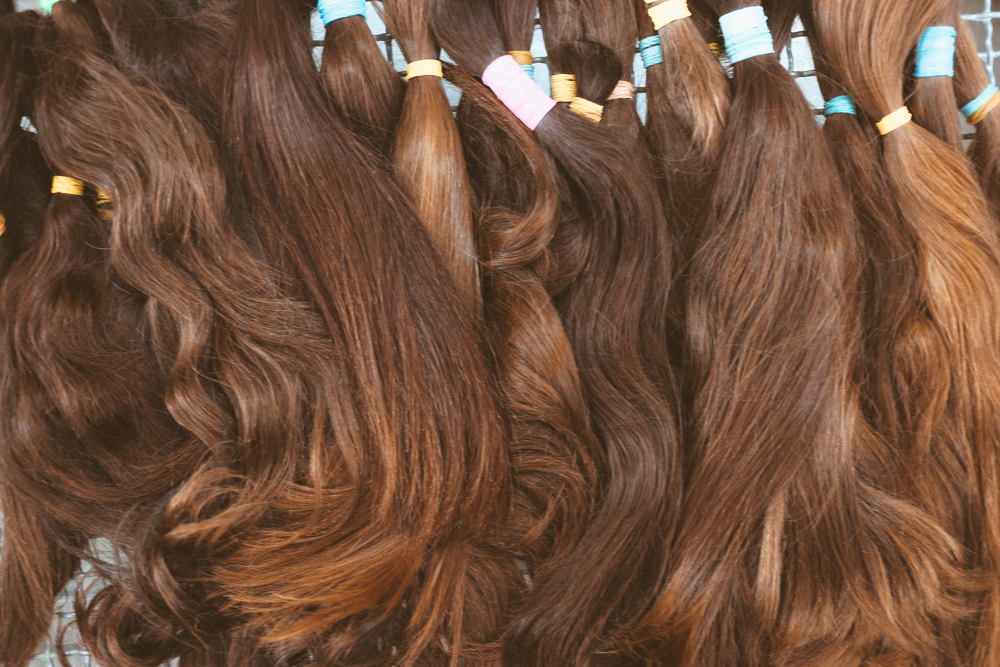 Only un-processed, virgin, human hair is used to create a CNC 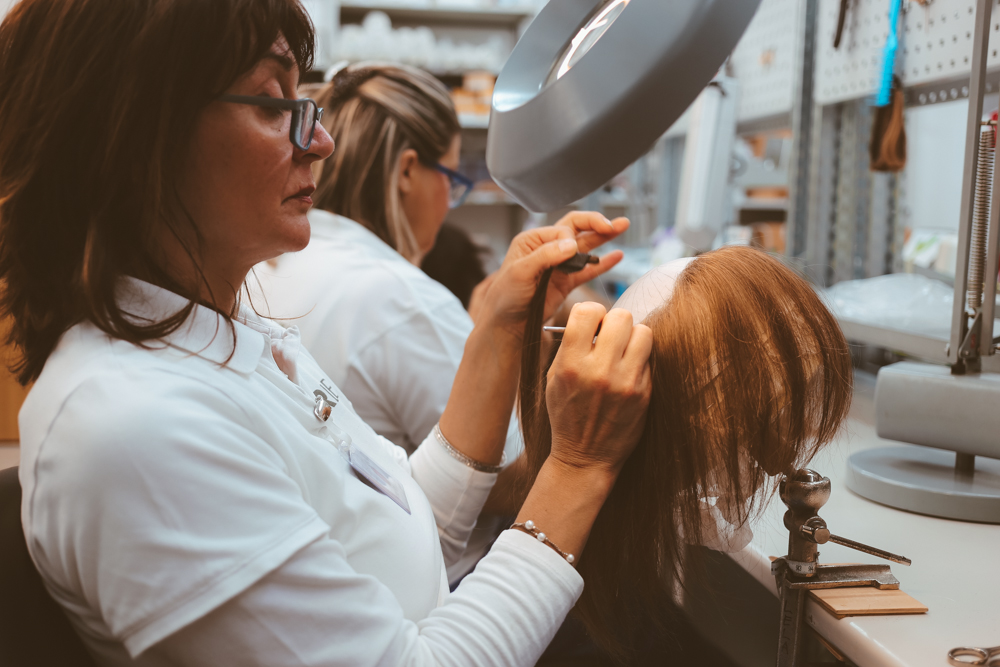 A skilled worked hand-injects the unprocessed, virgin hair into the CNC based strand-by-strand

Louise sharing her story takes real courage. It only makes me believe that the depths of her soul wanted more. Despite the abuse and string of painful circumstances, she shows she is more than her past and her mental illness which is proven by the platform she created to help women who are struggling with abuse due to the stigma of mental illness, or anything in that general area, As Louise says

We can find our wings and soar together – be true to yourself first, second and third. 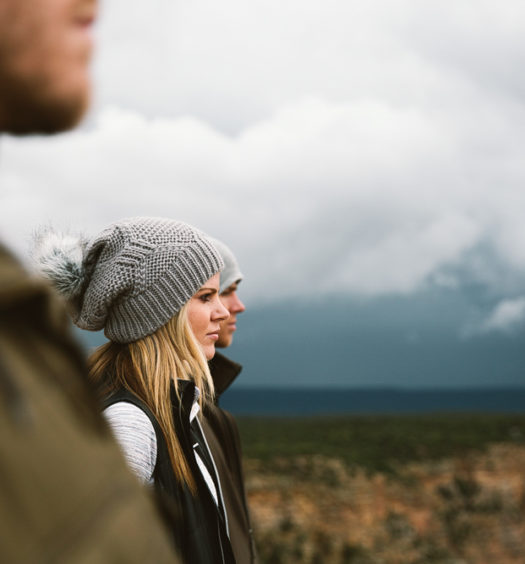 4 years ago
CultureLifeTips / How To's

This Week in Photos [Freedom]