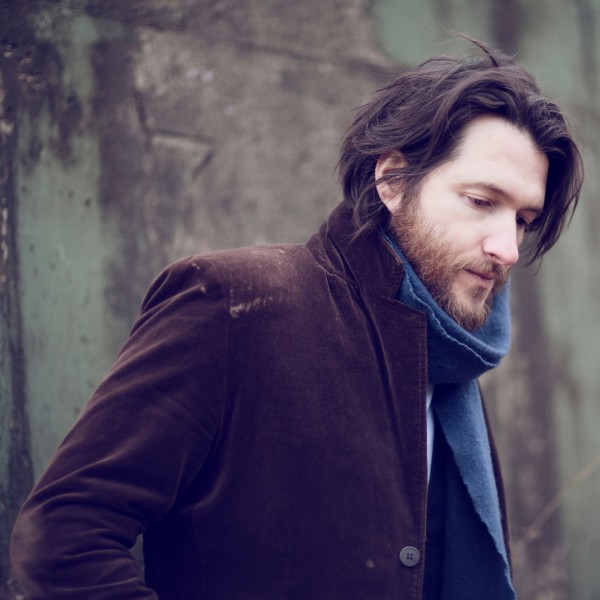 Mr. Conscious is pleased to introduce the Man of the Month, Matthew Perryman Jones. At Conscious we draw inspiration from innovators in entertainment, business, sports, philanthropy, media, and other influential areas of life. We are here to tell their stories and talk about why their causes matter. Matthew Perryman Jones is more than just an artist, he is an humanitarian activist working with Blood:Water Mission to make a difference in the lives of thousands in Africa. Read our exclusive interview to learn more about this organization and to hear first-hand about his new record  the “Land of the Living” which invokes the spirits of artistic visionaries of Van Gogh and the Persian poet Rumiand while exposing raw emotions unlike any we have heard before from Jones.

Q | What prompted and influenced Land of the Living?
Matthew Perryman Jones: This is one of those records for me that was prompted primarily by feeling an internal pressure to create…or get something out of my system. I know pregnancy is often used as a metaphor for the creative process, and perhaps it’s a little cliche, but that’s really the best description for this particular record. I suppose that also answers what inspired me to write…I was simply inspired by the need to dig stuff up in me. Although, I had some help fueling the process by reading the letters of Vincent van Gogh to his brother Theo (which is where the title of the record comes from and the song “O Theo”), and from a couple Sufi mystic poets-Rumi and Hafiz.

Q | What was recording Land of the Living like and why did you choose to record the album away from Nashville, in the middle of no-where Texas?
MPJ: I wanted to go somewhere away from home to help fully enter into the headspace of making a record. We were there for only 8 days and tracked the record live with the band. We’re weren’t clocking in and clocking out everyday. It allowed us the opportunity to work around the clock and track at 1am, if need be. It was an enlivening experience for me. The environment was incredibly inspiring. The Studio ranch is owned by a visual artist who has made the surroundings an aesthetic masterpiece. It was the best recording experience I’ve ever had. I worked with some really good friends who are also some of the best musicians I know. That combination allowed me be fully myself with folks that know me well and who also stretch me to make the best music I can.

Q | You had a Kickstarter campaign to fund this album. Tell us about this experience. Was it stressful thinking you could come close to your goal and then miss it during the last few moments of the campaign?
MPJ: It was definitely nerve wracking at first. I felt sort of like I was walking into the lunch room the first day of high school–“Does anyone really like me?”, “Is this going to end up being a complete embarrassment.” I just wasn’t sure how it was going to do. To my amazement it went extremely well. I had 30 days to raise my goal of $19,000. By the first week we had raised half and by the end we exceeded the goal by $6,000. Fans really got behind it enthusiastically and that was a great encouragement to me…it really fueled my energy and focus going in to make the record. It was truly inspiring and humbling.

Q | You are such a beautiful story teller in your songs. Where do you get the most inspiration?
MPJ: Thank you. Poetry probably inspires and prompts my writing more than anything. I like the freedom that’s in poetry. I think I tend to write more poetically than literally. Outside of that, I suppose inspiration comes more in the form of soaking up what is going on around me and what I’m experiencing. The work of writing is often just wringing out the rag.

Q | In the song “Angels Were Singing” you’re writing about a very personal experience, the loss of your father. Was this song challenging because your emotions are so open and raw?
MPJ: That is certainly one of the rawest songs I’ve put out to the public. I was really sensitive about keeping this on the record because it was so personal. Once you put something into the public, it’s open to being objectified and critiqued. That’s scary. However, I felt it needed to be out there. I think it’s one of the best songs I’ve written…not in any way other than it’s one of the truest songs I’ve written and on an artistic level it conveys emotion and thought in sync. There’s no disconnect in this song and I feel that’s my goal as an artist.

Q | At a recent show in NYC, you mentioned you are working with a charity. Please tell us more.
MPJ: I actually focus on working with one charity primarily. Blood:Water Mission is the organization I’ve been supporting for a while now. I was familiar with them when they started about 8 years ago. Their main focus is addressing the need for sustainable clean water throughout Africa, as well as tending to the HIV/AIDS crisis that affects a large part of the continent. When they first started, they launched the 1000 Wells Project which focused specifically in helping provide clean water wells throughout communities in Africa. The initial goal was to build 1000 Wells. Last year I attended the celebration of that accomplishment. They are doing great work that is seeing results. I’m also really attracted to their approach, which is in spirit of global neighborliness. They do not approach the work as them being the heroes hopping over to another country to do all the work and saving the day. They are intent on partnering with the people of the various communities to do the work together. There are plenty of people there who are already working hard to take care of their own communities; Blood:Water is just a means to help empower communities and provide resources that aren’t readily available.

Q | What are you doing to help them?
MPJ: I suppose I see my role as primarily spreading awareness of the issues that communities throughout Africa are facing and the work that is being done to address those issues through Blood:Water Mission. BWM has created great formats through which the general public can participate in partnering with their efforts.

vWhy did you chose to get involved with these charity groups?
MPJ: About 8 years ago their was a great deal of awareness being brought to the HIV/AIDS crisis in Africa. Blood:Water offered simple ways for folks to lend a hand in spreading awareness and lending help to the situation. Being a performing songwriter gives me a small platform to help bring awareness. I don’t approach it as a soapbox, but more that I’m just letting folks know what’s going on around the world and pointing those that are moved to help in a direction of action.

Q | How do you balance participating in social good efforts with your busy touring schedule?
MPJ: I try to keep my touring schedule outside of the crazy zone. I have a family with 3 daughters, so I don’t stay on the road all the time. My wife and I try keep our whole family involved in community efforts. For example, my oldest daughter (4 years old) has helped run a lemonade stand with her friends to raise money for clean water in Africa. I suppose the goal is to make good global and community work less of a compartment and more an integrated aspect of life. As a family we aim for that.

Q | Who has motivated you the most to be who you are today?
MPJ: My father. He always exemplified a simple life of kindness, hard work, thoughtfulness and wonder. My father was an inventor and a highly intelligent man, but he insisted on retaining a sense of wonder about life rather than reducing it to a strict knowledge of things (if that makes sense). There’s a line in an earlier song of mine that says, “My father told me as I grew older to keep on finding faces in the clouds.” He always saw life and the world as something to be relentlessly explored.

Q | What is next for you?
MPJ: I’m doing a short run with the Civil Wars in January, which I’m very excited about. In February I have the huge honor of performing with the Nashville Ballet–I’m working with choreographer Gina Patterson as she puts a piece together to my music which I will perform live with the piece she creates (I won’t be dancing!). Outside of that, I’ll just keep writing and touring the latest record.

Q | What is something no one knows about you and your music until right now?
MPJ: The only time I busked on the street was in Nashville 14 years ago. I made ten cents, but ended up in a Swedish documentary about the American Dream.