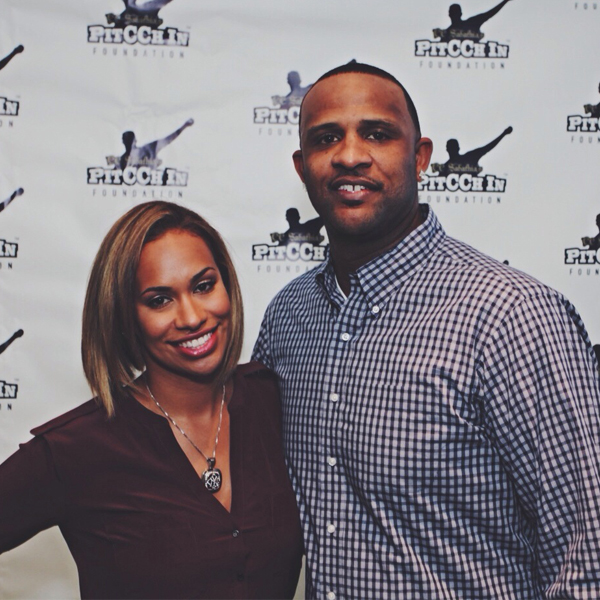 Reliability is a prized commodity in the world of professional sports. Organizations have lost millions in perceived value signing large contracts with athletes unable to meet hyped expectations or replicate past success. CC Sabathia is not one of these athletes. In 13 years as a Major League Baseball pitcher, Sabathia has never failed to produce a winning record. In 2009, that consistency earned him a record breaking contract with the New York Yankees, where he continues to serve as a key player in their starting rotation.

Achieving his dreams didn’t come easily. Before becoming a star in the majors, CC grew up in the inner-city of Vallejo, California where he recalls “[dealing] with everything, from people in [his] family suddenly passing away to drug addicts living in [his] house.” Folding under pressure would have been easy, even expected, from a child dealing with such frequent turmoil. “Nevertheless, [CC] always knew what [his] goals were – to stay focused and have a better life.” Pressing on, CC excelled in baseball and football while in high school before being drafted 20th overall by the Cleveland Indians in 1998.

Today, CC and his high school sweetheart, Amber Sabathia, are a long way from California, but haven’t forgotten where they came from. Amber says they “were given a gift and an opportunity to give back and to try to touch someone’s life and to make a difference.  That’s why [they] started the PitCCh In Foundation.” Since 2009, Amber has spearheaded several projects through PIF to enrich the lives of inner-city youth in the communities surrounding Vallejo, California and Bronx, New York.

Using their fame to influence others positively, Amber and CC have appeared on television, visited hospitals, and spoken at numerous high schools, reaching thousands of students and children nationwide to “empower and encourage belief in their dreams.” And while these engagements make it easy for kids to look up and aspire to the success of a Cy Young Award winner, Amber and CC go several steps further by also giving back through more tangible means.

PitCCh In Foundation has invested over $289,000 in renovations and maintenance for little league and high school athletic fields, gymnasiums, and community centers within California, New Jersey, and New York. On an individual level, PIF’s Youth Backpack Program has provided over $1,736,000 in school supplies to over 15,500 elementary school students who wouldn’t be able to afford such supplies otherwise. Their initiatives are nearly endless, and well worth donating to after seeing the vast impact they have in the lives of the kids they’ve touched.

Catch CC throwing out pitches to kids at his All-Star Baseball Clinic, or Amber and him hosting parties for the Boys and Girls Club at the MLB Fan Cave after the season, and it’s not difficult to see that this couple remembers their own early struggles growing up in the inner-city and want nothing more than to give these kids every opportunity to achieve the same success they’ve enjoyed. Yankee fans may rely on CC to bring home a win with each start, but the kids who rely on the Sabathia family and PitCCh receive far more value.

The PitCCh In Foundation (PIF) was established in 2009 and incorporated as a 501(c)(3) in 2010 by CC and Amber Sabathia to support the communities that have given them so much. With the support of CC’s mother, Margie Sabathia-Lanier, and a dedicated team of professional staff and volunteers, the foundation developed three Signature Programs and supported ongoing special initiatives to fulfill PIF’s mission to enrich the lives of youth from the inner city. The goal of these programs is to help teens raise their self-esteem through educational and athletic activities. From the beginning, CC and Amber were motivated by not only the idea of giving back, but by developing a long term platform with PIF to provide young people with the belief in their abilities to make their dreams become a reality. They understand all too well the challenges of being in an environment that can break one’s spirit and motivation, as CC and Amber both grew up in the inner city.

Bryce Harper: From Clowns to Charity