Carabello Coffee: The New Non-Profit And The Intentional Cup

By Abigail Davidson  •  7 years ago 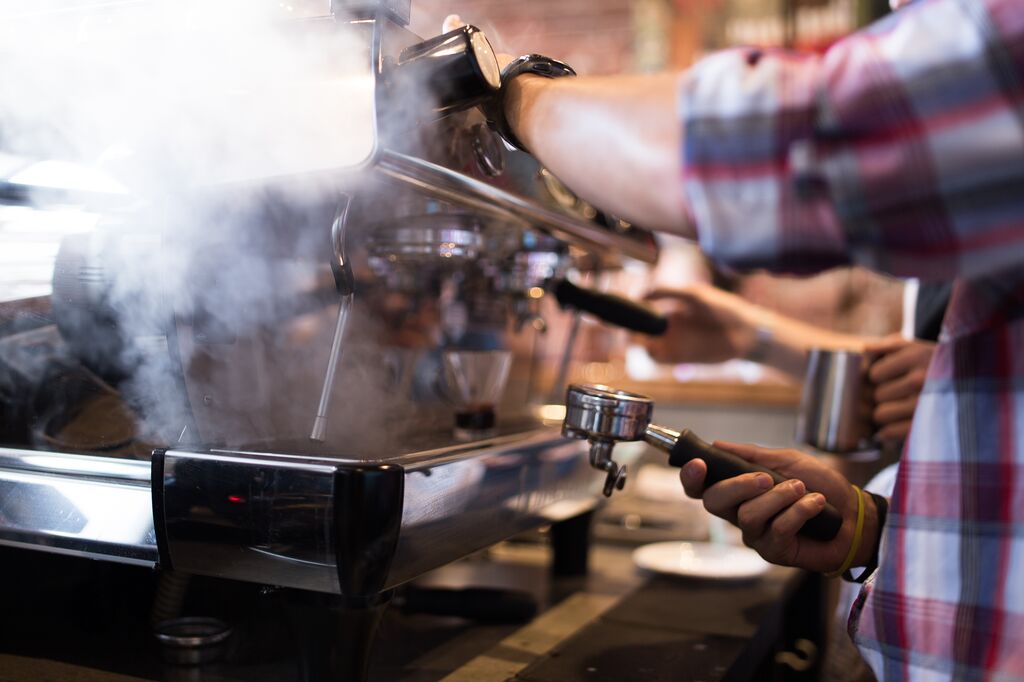 When it came to turning a coffee roasting hobby into a business, Justin and Emily Carabello hit several bumps along the way. Whether it was figuring out how to fund their startup, finding an affordable roaster and a space to roast in, or coming down with a case of shingles, their entrepreneurial journey has had no shortage of challenges. But Justin says one of the biggest factors that kept them going when things got rough was the couple’s belief in their business model.

Carabello Coffee is a premium roaster and coffee shop that pays coffee farmers fair prices for their beans and then puts a portion of the profits back into communities both local and abroad. This social entrepreneurship model has become more trendy over the past several years, but when the Carabellos started their journey into the world of coffee, businesses that were providing great products with the aim to use their profit to make the world a better place were much harder to come by. 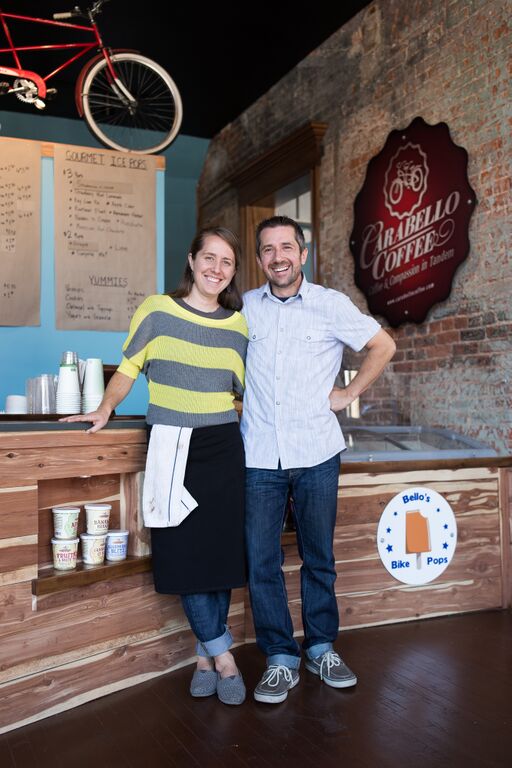 When I sat down with Justin and Emily, their desire to bring joy into the lives of other people was immediately apparent. After just a few hours (and a couple cups of coffee), I found they are the type of people who are somehow able to assure you of your value without saying a word. However, this wasn’t always the case—at least for Justin. As he shared his story with me, he explained that up until his mid-twenties, he lived a life characterized primarily by selfishness. He says that one day he realized this and then promptly decided he had lived for himself long enough. He started asking:

“How can I use the skills that I have to live my life for other people?”

And gradually Justin and his wife Emily began running with the idea of creating an excellent cup of coffee for consumers, with the intention of using the profit to give back to people in their community and throughout the world. “We’ve always seen coffee as a means to a relationship.” For the Carabellos, although quality coffee is of high importance, it still comes second to the person—whether it’s the farmer growing it, the part time employee brewing it, or the college student drinking it. Coffee is something that has the unique ability to build bridges between people living very different lives in very different parts of the world, which is why it fits so perfectly into the social entrepreneurship model. 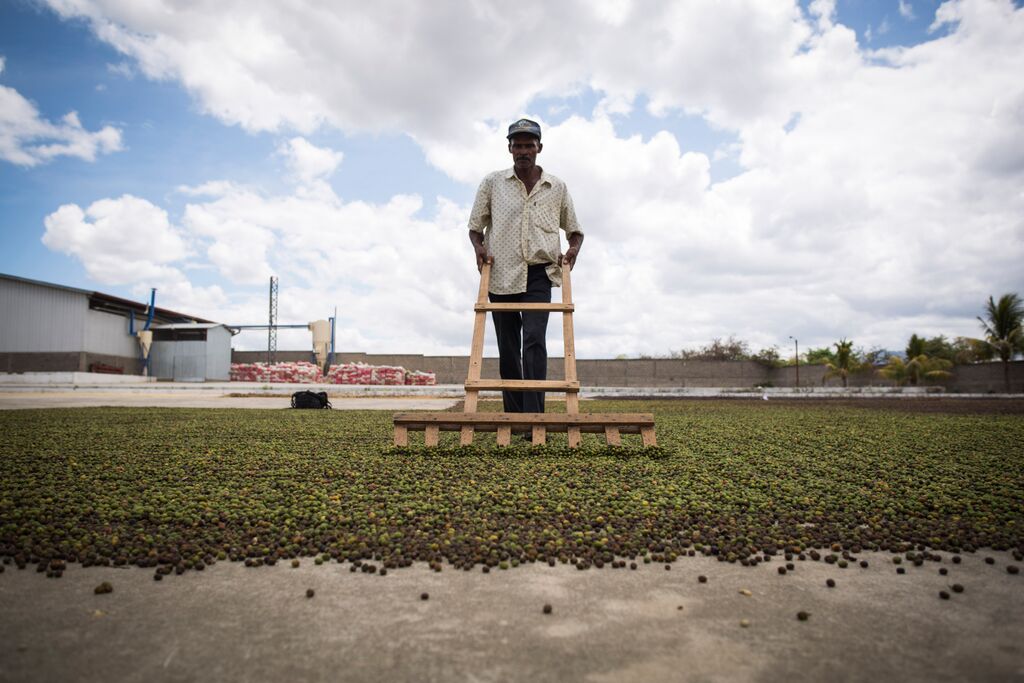 Justin explains social entrepreneurship as “the new non-profit.” It seems that this generation is starting to discover the traditional 501(c)(3) model is mostly unsustainable. Not only that, but it has become untrustworthy to a lot of potential donors. And so business people and consumers alike are beginning to reframe what they know about charity and reimagine the potential that businesses have to bring good into the world. As Justin explains, “I believed more and more in this concept of having a business that could improve the lives of others and give people a product that they wanted.” He saw a vision of a business that generates a profit, creates jobs, and becomes a part of fabric of the community, while at the same time helps people in need of support. The old way of the non-profit was to sell a low quality product at a higher price, but that consumers bought anyway as a type of pity-buy. The new non-profit however provides a high quality product for a fair price so that everyone involved in the transaction feels their money, time, or hard work is well spent. The question for Justin and Emily became, ‘How can we genuinely leverage our resources in a way that helps people who need it (like the kids at an orphanage in Nicaragua that Carabello regularly supports), but at the same time provide a really high quality product that people love, a product you would buy even if it wasn’t supporting something philanthropic?’ And as they have learned, grown, and established themselves, the Carabellos say they have been pleasantly surprised to find themselves as a part of a larger community of social entrepreneurs, all using business, creativity, hard work, and profit to give back to people and make the world more beautiful. They say they want to see more and more businesses both creating something consumers actually want while also treating all parts of the supply chain fairly and giving back to those who need it.

When I asked Justin and Emily what they would tell another social entrepreneur who might be just starting out, Emily says, “Owning your own business is not for the faint of heart!” The couple told me about their small beginnings and of all the unglamorous dirty work, the long hours, and the patience required in waiting for the payoff.

“Anybody who’s going to pursue a dream has to understand that it’s not going to be easy.”

Justin says his dream is to eventually be able to give away $100,000 a year, which obviously requires a business of a certain size. But Emily reminds me that the couple is not ashamed that they started small, without much knowledge about coffee or running a business. Over the years they have slowly and sustainably worked their way up. Now they are creating excellent coffee (seriously, try a cup), generating a profit, providing jobs for people in their city as well as farmers in other parts of the world, and putting dollars back into these communities. The Carabellos are most definitely changing the conversation and the culture, hopefully leading the way for more businesses to do the same. 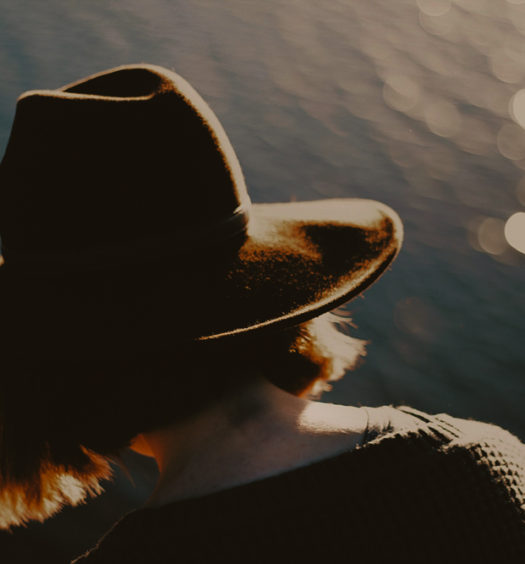