As if feminism itself is not already (somehow) a controversial issue, creating “This is What a Feminist Looks Like” T-shirts (collaboration between ELLE Uk and The Fawcett Society) is not exactly a step in the right direction. Why? The t-shirts are produced in a Mauritian factory, which *allegedly uses (predominantly female) sweatshop labor and then distributed to male icons like Joseph Gordon-Levitt, Tom Hiddleston, and Benedict Cumberbatch. *Please read our Editor’s Note below re: Fawcett Society’s response to the sweatshop claims. 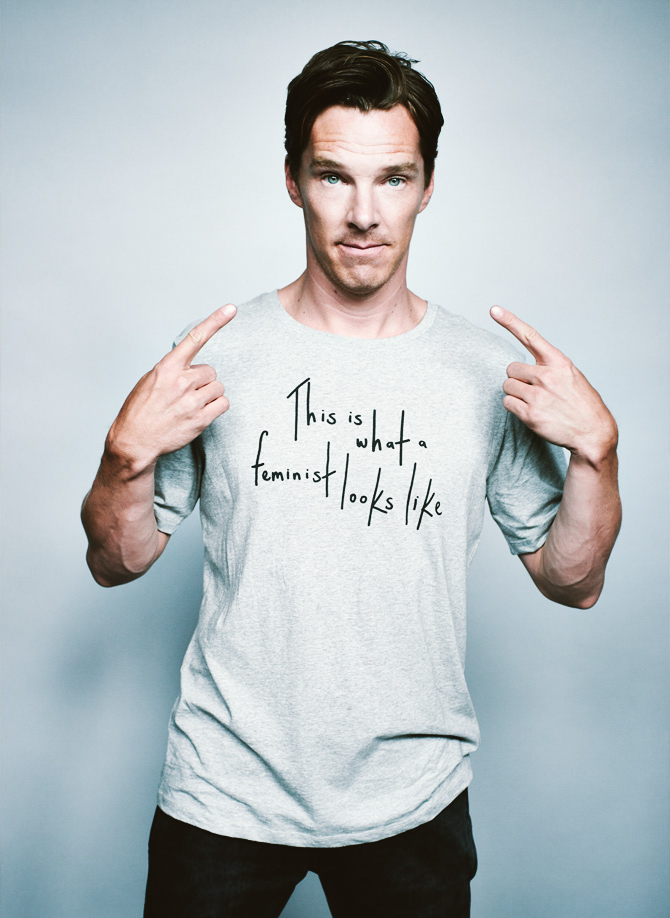 Feminism, quite simply, is the “radical” view that women and men should have equality – no double standards in societal perspectives, no glass ceiling, no objectification and commercialization and the list goes on. In the United States (and in most of the world), it is not difficult to see the male-centric perspective that dominates and governs society, politics, the judicial system, and the workplace (P.S. Sweden has dramatically benefited from seeing things from a more gender-balanced perspective regarding government policies and regulations on issues such as prostitution). From receiving a smaller paycheck for the same career (devaluing the potential or work of a woman) to the widespread lack of justice for rape victims and victim-blaming, the existing system in most of the rest of the world lays testament to the strong need of a feminist movement–one which both men and women need to be a part of in order to succeed.

“Feminism, quite simply, is the “radical” view that women and men should have equality – no double standards in societal perspectives, no glass ceiling, no objectification and commercialization”

Enter the “This is What A Feminist Looks Like” shirts that you might have seen on the chests of some of the most in-demand men in Hollywood to raise awareness for this movement (in the guise of consumerism, of course, but we can save capitalist holidays/agendas for another time). In theory, the idea of getting influential men to spread the word about, and trying to normalize, feminism, sounds like a decent way to attract more men to join the cause which, unfortunately has not been the easiest task to do. Not to mention that these roughly $70-$80 t-shirts are also raising money for charity. Sounds like a potentially alright plan? 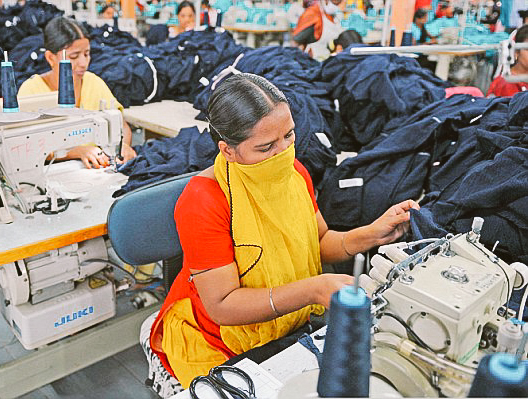 Well, except for the teensy little part about the whole “these-shirts-were-made-in-a-sweatshop” thing. Which, I suppose, is slightly important and relevant to the discussion of feminism, given that most garment workers are marginalized women trying their best to make ends meet for their families, and are already taken heavily advantage of. It’s amazing how easy it is, as consumers, to not think twice about where our products come from. Scratch that, it’s incredibly frightening. The conditions in sweatshops are fairly widely known if you just do a simple google search, so it would not be necessary to again go through what these horrid conditions would entail here, but rather to understand the difficulty in reconciling the production of “feminist” shirts by exploited women.

While Fawcett claims to have launched an investigation into the suspicions on unethical practices which has concluded that such assertions are not accurate, (because a brand would definitely want to admit to hypocrisy, right?) the Daily Mail seems to have reached a different conclusion: women in their factories are being treated in a way counter-productive to the clothing’s suggested message. Earning less than the minimum wage is not only violating the basic human rights of these women, but it also directly contradicts the goals and purposes of feminism as a means of empowering and encouraging women. And this raises important questions for the feminist movement rooted in such consumer-based societies: Does feminism, as a movement, only extend to white, American women? As a feminist, is it not your responsibility to take into consideration the message your money is sending to fashion companies’ mass exploitation of marginalized women around the world?

Editor’s Note: “This is What a Feminist Looks Like” T-shirt is a collaboration between ELLE UK and The Fawcett Society, a women’s advocacy group in the UK. The Fawcett Society worked with the high street chain Whistles to manage and produce the T-shirts. According to Eva Neitzert, Deputy CEO of the Fawcett Society, Whistles assured The Fawcett Society that the Mauritian factory “is a fully audited, socially and ethical compliant factory” and has a CMT accreditation. CMT  is a world class multinational company, with manufacturing sites in Mauritius and regional offices in U.K., France & Asia. It is a completely integrated textile mill and its ongoing success can largely be attributed to its innovative & integrated approach. The vertical integration stems from production which has been transformed from spinning, knitting, coloration & make up. Each of these operations are using the latest & most modern state of the art equipment. All accessories, including sewing thread is being produced in-house.

Due to the accreditations, The Fawcett Society felt confident that ethical standards were met. However, in a continued statement by Neitzert “if any concrete and verifiable evidence of mistreatment of the garment producers emerges, we will require Whistles to withdraw the range with immediate effect and donate part of the profits to an ethical trading campaigning body.” More on Neitzert’s response here.

Hoda Katebi is an Iranian student, activist, explorer, and blogger. JooJoo Azad (meaning "Free Bird" in Farsi) is a fashion and social action blog that publishes photography of personal style, DIYs, and discussions on social responsibility within the fashion industry. 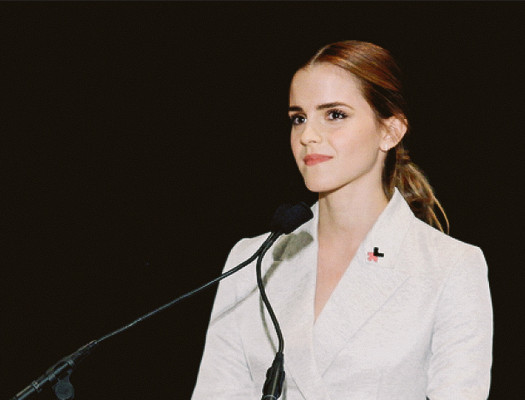