Imba Means Sing. A Film on Africa, Education, and Music 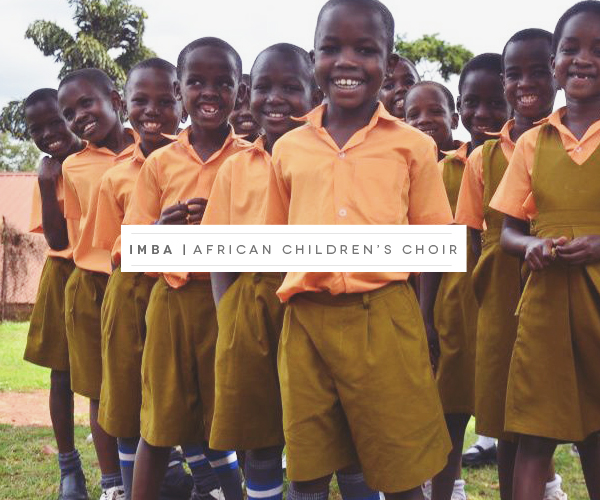 Too often, stories from Africa are ones of poverty, war, and corruption.

Erin Levin decided she wanted to change that.

Upon graduating from college in 2007, Erin was interning in New York City when she met a group of inspiring and bubbly young singers from the African Children’s Choir. Immediately she wanted to tell their story, and nearly 6 years later, she’s quit her job to film their story and share it with the world.

The African Children’s Choir is composed of African children, ages 7 to 10, who have lost one or both of their parents through war, famine, or disease. The children learn and perform traditional African songs, which are accompanied by ethnic instrumentation.  But the choir provides more than a community to these children, it’s a place where they can learn to be themselves and thrive despite their troubled backgrounds. They benefit from education programs and life-changing international tours to bring their spirited music and cause to audiences far and wide. In turn, their communities benefit as they complete their education and become mentors for young choir members and leaders in their countries. In their near 30 year history, the choir has educated over 50,000 children and helped further 100,000 children through their relief and education projects.

Erin’s role in telling their story is to tell it on a grand scale. The film began shooting in May of 2012 and followed the choir on part of their 500 day trip to learn, sing, and play across the United States. To celebrate, Erin has organized a concert this July in Atlanta that will feature the Choir and amazing local artists.

At this point, you may be wondering how you can view this awesome film (trust me, based on the trailer, it’s going to be amazingly inspiring). Well, the film isn’t out yet, but it’s got a scheduled release date of Spring/Summer 2014-just in time for the Choir’s 30th anniversary.

I reached out to Erin to see how we can help her reach her goal of 1 million film viewers and many more people inspired to act.

I know I can’t wait to see this film. I’ll see you at the movies!