By Estefani Burgos  •  8 years ago 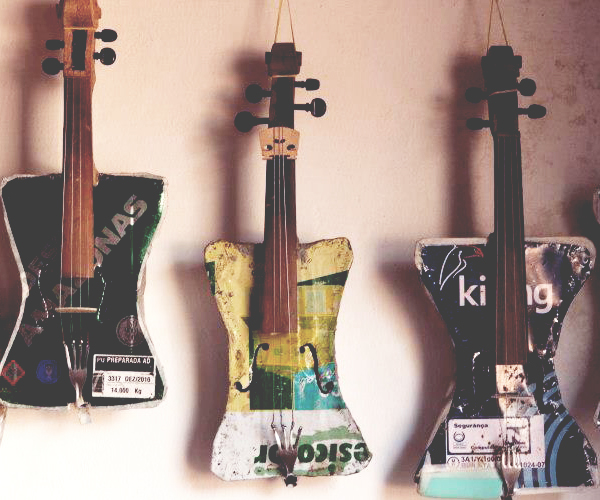 Who knew that a few recyclable items would contain the perfect recipe to create not only beautiful music, but also the driving force of inspiration for the youth of Paraguay?

Landfill Harmonic is a film about a group of youth that create majestic music through instruments built with things that people throw away everyday. The mission of Landfill Harmonic is “to demonstrate and inspire those all over the world that creative and simple solutions can bring powerful social transformation to the poorest communities.” The film shows that creativity and hope come in different forms. For the youth of Paraguay, it has taken a rare one. One man’s innovative method has helped inspire youth to chase after their dreams. Favio, the Director of “La Orquesta de Instrumentos Reciclados de Cateura (The Orchestra of Recycled Instruments of Cateura),” saw necessity in a village built on top of a landfill (Cateura) and decided to do something about it. He opened up a music school and used his music and environmental technology background to create a musical revolution. Along with a garbage picker, Cola, they put together their efforts and began to make different instruments from recyclable materials for the youth.

In Cateura, as well as other poverty stricken villages, instruments are very expensive. Favio Chavez explained, “A real violin is worth more than a house here.” Living in a place covered in waste and filled with poverty, some youth become involved in negative activities because they have nothing else to do. The orchestra has provided the youth with possibilities that unfortunately the generations before them did not home. In a place where things like drug addiction are far from scarce, The Recycled Orchestra has been able to instill hope in their cities and provide an example to all those around them. Landfill Harmonic is a heartfelt example that shows that nothing is impossible.

Now, The Recycled Orchestra needs more people to become involved in the process of telling their story and changing their lives. Help the program become funded and reach their goal of $175,000 by donating now.