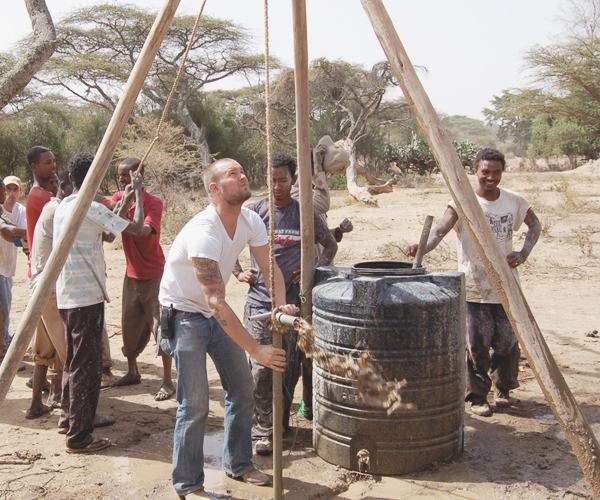 Doc Hendley, an ex-bartender with a vision of bringing clean water to developing nations around the world, made his vision a reality in 2004 when he founded Wine to Water. He now serves as the President of the non-profit organization and has since funded clean water projects to 13 countries by selling their Wine to Water wines and hosting benefit wine tastings and concert fundraising events. It is an accomplishment that got the attention of CNN when Doc was named a Top 10 Finalist for CNN’s Hero of the Year Award in 2009. This Southern gentlemen from Boone, North Carolina shares his story and how being a son of a preacher-man was part of the inspiration to his organization.

RP: How did you get the nickname Doc?
DH: My sister was 2 years older than me when I was born, and she was just learning to talk. She couldn’t pronounce Dickson so she called me “Dick-Doc.” Thankfully, that name didn’t stick for too long. After awhile my friends and family started calling me “Doc,” and I guess it’s stuck ever since.

RP: Can you describe how you came up with the name for your organization: wine to water?
DH: It’s kind of crazy, but I sort of feel like the name found me rather than the other way around. In late 2003, one semester before graduating college at NC State University, is when it all happened. I was at my parents’ house in Boone, NC for Christmas break. In the middle of the night, one night while I was half asleep, I somehow had the phrase “Wine To Water” stuck in my head. I woke up, grabbed a pen and paper, and wrote it down at the top of the page. I was familiar with the age old miracle of Jesus turning “water to wine” because my Dad was a preacher-man growing up, but as I stared at the words I had just written on the page, I felt like I was supposed to know something about water. I had never heard of the world water crisis before then. I stayed up that entire night researching what I could find out about water on my parents’ computer. After finding out how bad the water crisis was, I never looked back.

RP: What other fundraising efforts have you coordinated aside from wine tastings that have helped you raise money for awareness and support for winetowater.org?
DH: We’ve done a lot of different things – golf tournaments, poker runs, online campaigns, 5Ks, bike races, church events, you name it. We want our event hosts and donors to have fun raising support and to not feel boxed in by any certain type of fundraiser.

RP: During your travels, have you entertained living in another country?
DH: For sure. I lived in Darfur, Sudan for a year back in 2004 and 2005 when I first got this thing going. I have always considered spending more time long-term in the field after that. I have a young family now, so when my boys get a little older, I think I’ll make them both spend a good bit of their childhood in the developing world.

RP: I understand that 9 countries around the globe have benefited from your fundraising efforts. How do you decide which country or project gets financed through the money you raise?
DH: We actually just added our 13th country to the list. There’s not really any particular science to deciding where we will go next. It kind of has to be the perfect storm of events. One, the need has to be great. Two, there has to be the potential for sustainability of the program. And three, we have to have involvement from the locals for each project. There is a ton of need out there, and we get more requests than we can handle. So as long as we keep growing, we will keep adding projects to that list.

RP: Where are your Wine to Water wines made from and bottled, AND What is your favorite Wine to Water Wine?
DH: Our newest wines are produced and bottled in Mendocino County, California. My favorite is definitely our Red Zinfandel. It’s full bodied with just the right balance of jam and spice.

RP: Who has been your greatest role model?
DH: Probably my Grandfather. His name is Dickson as well. He was always a tough man’s man kind of guy. He always reminded me of John Wayne growing up. He created his business from scratch with his own two hands, and now, the company is very successful. He is also one of the more generous people I’ve ever met.

RP: Who has INFLUENCED YOUR JOURNEY with wine to water?
DH: Well, I met my wife about a week after returning home from Darfur in late 2005. She very much helped to keep me sane after that crazy experience and is also very much responsible for helping me have the strength and the confidence to continue growing Wine To Water.

RP: Did the role as a father affect your decision to become involved with the global water epidemic?
DH: It has definitely made it way more real to me. It was always hard to see children suffering from the different diseases that come from unclean drinking water, but having kids took it to a whole other level. My first child needed some pretty serious surgeries at around 7 months old and on, through his first few years of life. That was by far one of the hardest things I have ever had to go through in my life. Not only was I more afraid than I’ve ever been and powerless to control what happened to my child, but also paying for the surgeries put a lot of stress on my wife and I in a time when we were already struggling financially. However, there is no doubt in my mind that I would go into debt 10 times over for my children’s safety. And then, I think about all the Mothers in the world that I have met that can’t even afford a $30 water filter to save the lives of their kids. It makes me think long and hard about just how important this work is that we’re doing, because these children are no less important to their Mothers and Fathers than mine are to me.

RP: What was it like to be named a “Top 10 Finalist for CNN’s Hero of the Year” in 2009?
DH: That was one of the most honoring, yet humbling experiences of my life. I was so shocked to have been named alongside such an amazing group of individuals. But to be honest, I’ve never considered myself a hero. I reserve that term for the men and women in uniform who defend our country and our freedom.

RP: Do you receive fan mail?
DH: Sometimes, I do! My absolute favorite is when I receive letters and cards from young children, students, and classes around the country. One of the coolest things happened earlier this year when I got a ton of postcards all at once from a group called “The Postcard Underground.” I have tried to research them and figure out who they are with not much luck, but that was so cool to receive all those encouraging notes from all over the place. All y’all sure know how to make a country boy feel special!

FOOD + DRINK EDITOR. Rhiannon Pena, our Rhilicious restaurant columnist, is a native of Austin, TX, who currently resides in NYC. She has a reputation of recommending excellent establishments to dine at all over Manhattan. Her ability to find the perfect place for any occasion has set her apart from many other critics who tend to only focus on the “hot” places of the day. Living in one of the most culturally diverse cities in the world, she has found restaurants that are not only appealing by theme but by cuisine type. Her knowledge base comes from her dining experiences from some of the most frugal establishment to the exclusive and upscale. She has a strong conviction with ensuring the feedback she provides to the consumer sets the right expectations in regards to the food, drink, décor, service and cost. She is pursuing a certification as a sommelier. Rhiannon’s favorite charity is Stop Child Trafficking Now. 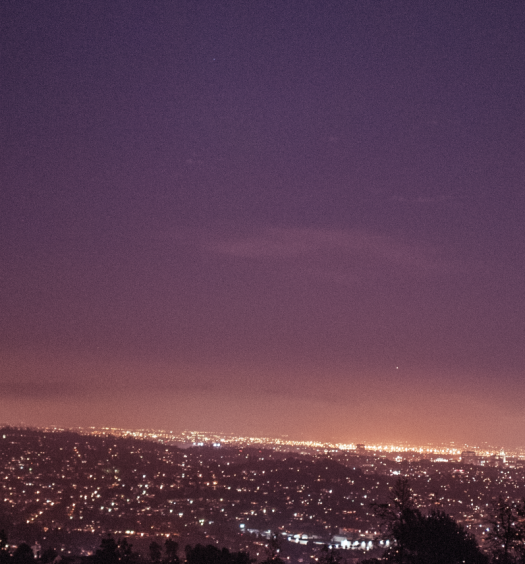 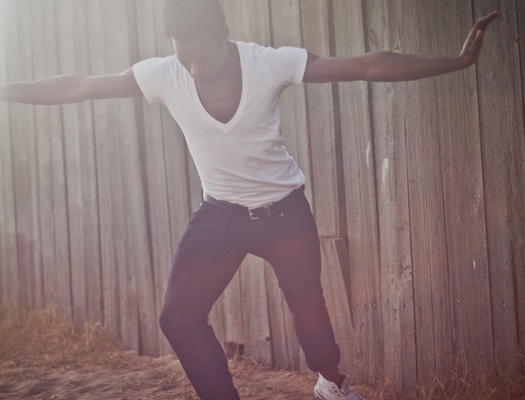 CHRISTOPHER MCDANIEL AND DANCE, A CATALYST FOR CHANGE

Read More
CHRISTOPHER MCDANIEL AND DANCE, A CATALYST FOR CHANGE