A Call to Action Through Film: A Place At The Table 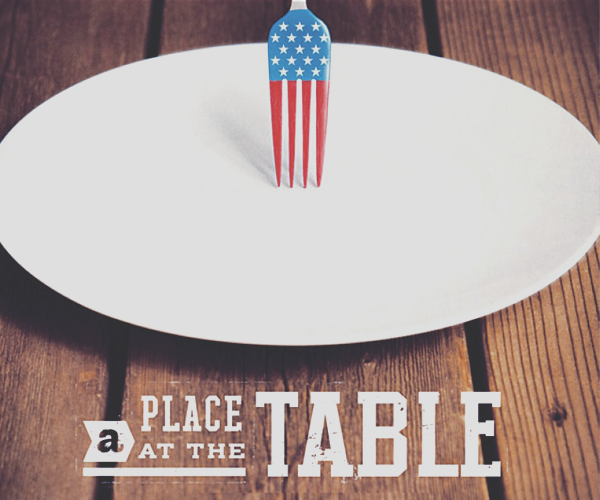 What started as a search for new music from one of my favorite bands, The Civil Wars, turned into my discovery of an amazing film documenting the ever-present hunger issue in America.

A Place At The Table is a 2012 documentary about hunger in the United States, where one out of every four children do not know when their next meal will be. The film directors, Kristi Jacobson and Lori Silverbush, did an excellent job of portraying this national problem: they intertwine the stories of three families from around the country who all suffer from a lack of food with commentary by nutrition experts, activists, and even actor Jeff Bridges.

The content of this film is made even more powerful by its soundtrack, performed entirely by Americana musicians The Civil Wars and T-Bone Burnett. The Civil Wars won a Grammy in 2012 for Best Country Duo/Group Performance and Best Folk Album for their album, Barton Hallow – so their next release has been highly anticipated.

Although most of the soundtrack for A Place At The Table is solely instrumental, ‘Long Time Gone’ features both The Civil Wars and T-Bone Burnett and manages to capture the essence of the film in its gritty Americana sound and hopeful lyrics:

While ‘Long Time Gone’ is one of the few ballads on the soundtrack, the rest of the album depicts a more downcast, dreary sentiment through slower, acoustic songs. The contrast between the upbeat, call-to-action message in ‘Long Time Gone’ and the subdued sounds of the other tracks is a perfect reflection of the film. A Place At The Table is meant to open our eyes to America’s hunger crisis; it is meant to both anger and sadden its viewers with the ultimate goal of inspiring change.

Learn more about A Place At The Table, which was nominated for Grand Jury Prize at the 2012 Sundance Film Festival.
Connect via Facebook