What Does A Leader Do In Response To The Syrian Refugee Crisis? 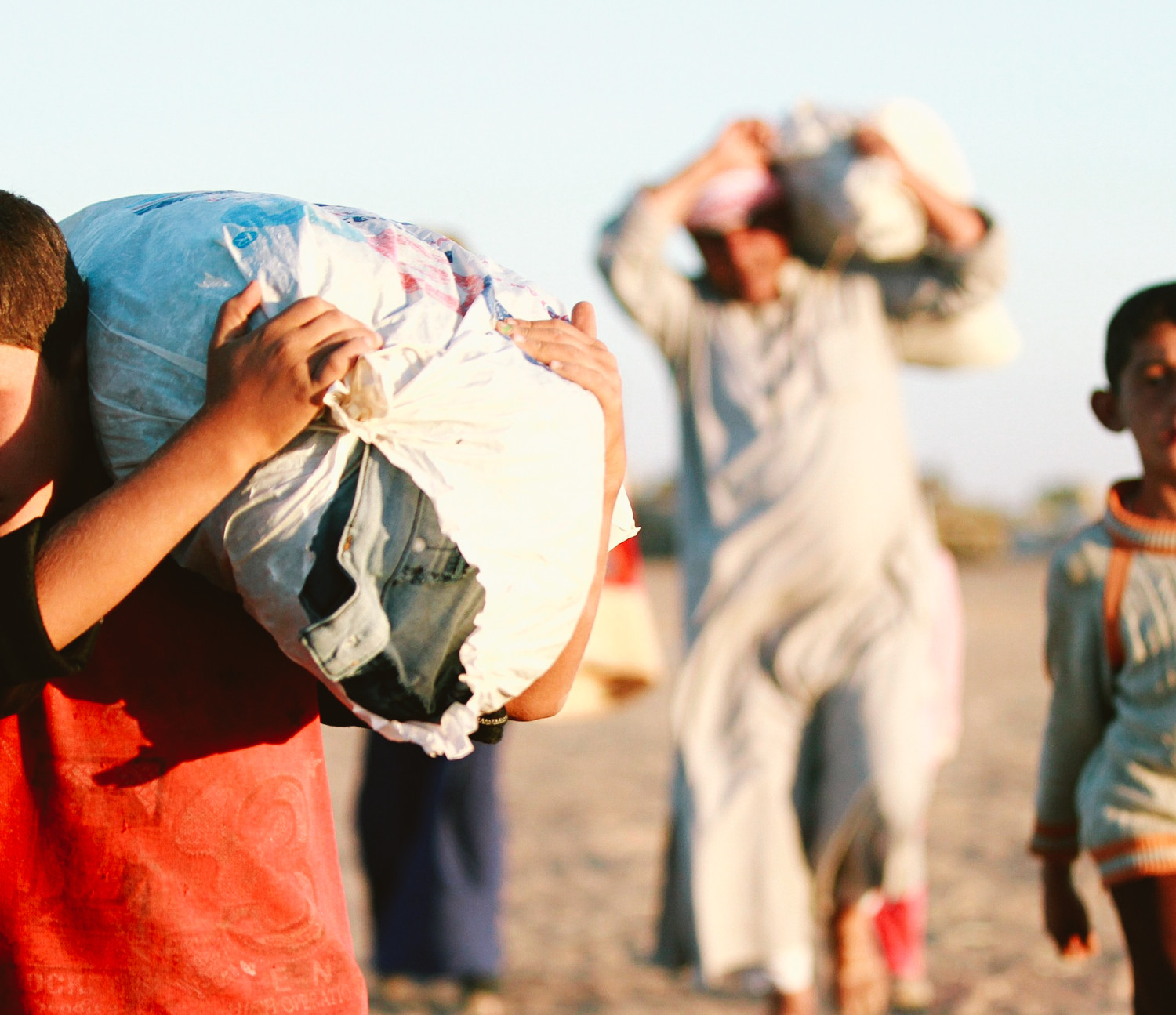 In conjunction with the tragedy in France, now, more than ever, leaders all across the globe face a serious conflict between a statesman’s duty to protect their people and the general moral duty to promote the overall welfare of human lives. Both are values and duties at the heart of the refugee crisis, but people have failed, in the midst of passion, to turn their spectacles squarely onto them. Taking in Syrian refugees is noble and praiseworthy, but it may open doors to terrorists. What should statesmen do? Let’s try to clarify the issue, and after, I’ll proffer my thoughts.

The ‘Yes to Refugees’ camp typically waves the flag of universal human rights, statistics regarding the relative historical non-violence of refugees, and values. Especially in the United States, the ‘Yes’ camp appeals to the values that come to mind when we hear “Land of the Free and Home of the Brave,” arguing that we should (a) provide all peoples with the blessing that is liberty from tyranny and (b) come to grips with our own history as refugees in a sense, seeking better prospects.

The ‘No to Refugees’ camp carries the shield of national priority, responsibility, fear, and, like their opponents, values. Who cares if Syrians are suffering? Somalians are suffering. North Koreans are suffering. Someone, somewhere is suffering. There’s only so much that we can do, and given limited resources and a choice, we should pick our own over others, 100% of the time. A state would be irresponsible to put its own at risk for the sake of foreigners. Our people are afraid, and rightly so. What do we value more? Our lives, our children’s lives, our neighbor’s lives, or theirs? Definitely the first three. The state has obligations towards its citizens so expansive that other lives are, at best, secondary to the citizenry.

One camp argues that, from the perspective of a state deliberating on taking in refugees, human lives in such dire situations should be valued equally. Human lives are human lives. The other believes that the state has obligations towards its citizens so expansive that other lives are, at best, secondary to the citizenry. They think that even the possibility of losing one of their fellow citizens is enough to negate the state’s duty to save hundreds of thousands of lives from homelessness, violence, and death. This is the core of debates regarding Syrian refugees, the fundamental clash of values that petty e-shouting competitions on social media miss, but over which statesmen bash their heads.

Both sides, whether they know it or not, often overestimate the relative weight of one duty over the other. Every state has an obligation to protect its citizens, and even give their lives more weight. This is a fact – it would be absurd, for example, for the United States to give more precedence to rescuing Bolivian hostages over American ones. Socrates, in the Crito, even thinks of the state as a parent. But states also have the natural rights-based duty to promote life in general. Promoting the overall welfare of human beings is a good that hardly anyone can deny, whether for the sake of maximizing utility, valuing people as ends in themselves (Kant’s categorical imperative), or upholding the natural right to life. An effective, conscientious statesman will carefully consider both in deciding whether or not to take in refugees. If, for every refugee, a citizen died at the hands of a terrorist that blended in with refugees, then the duty to protect the citizenry would obviously trump the duty to promote life. This may hold even if it was for every five refugees, for every ten, or for every hundred. It’s not a simple cost-benefit analysis.

The key to the refugee debate for leaders, I believe, is to understand the two moral duties they face – the values that people on both sides of the debate so often circumscribe with their rhetoric, rather than target. A state must, without a doubt, protect its citizens, but if it has truly deep moral convictions, it will also seek to protect other lives. Think Rwanda’s genocide. If protecting other lives might put a state’s own citizens at risk, then leaders need to ask, “How large is the risk?” “What is there a risk of?” “Can we take steps to mitigate the risk?” “Is there a risk, period?”

I hope that this, at least for a moment, silenced the declamations of outrage that flood the Internet and placed you in the eye of the moral hurricane, where it’s quiet, but still terrifying, in order to assess the situation calmly, simply, and openly. The decision is up to states to weigh their two moral duties against one another. But consider that a few days ago, French President Hollande, the statesman whose country has lost the most in this crisis, remarked, “30,000 refugees will be welcomed over the next two years. Our country has the duty to respect this commitment.” Will we hand off another victory to extremists by spreading hatred and fear, or will we take steps to distinguish between terrorist and refugee, in the name of obliterating the former and protecting the latter?

As rationally as I want to approach the refugee crisis, and though I have no confident conclusions at this point, my intuition is clear from the language I use. However, I know that for leaders and followers alike, any good decision will be the result of strenuous deliberation over the two moral duties. Justice is not the product of calculations, or of aimless shouting. 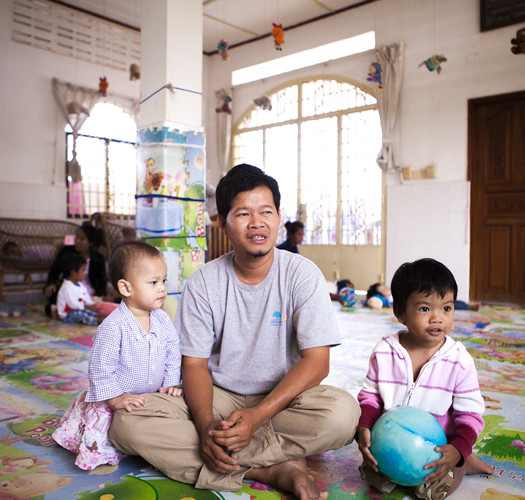 Finding the Solution in the Cause: Reuniting Cambodia’s Families

Read More
Finding the Solution in the Cause: Reuniting Cambodia’s Families 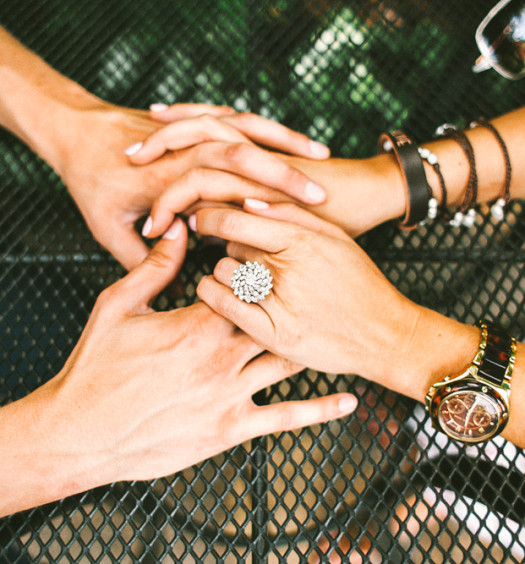