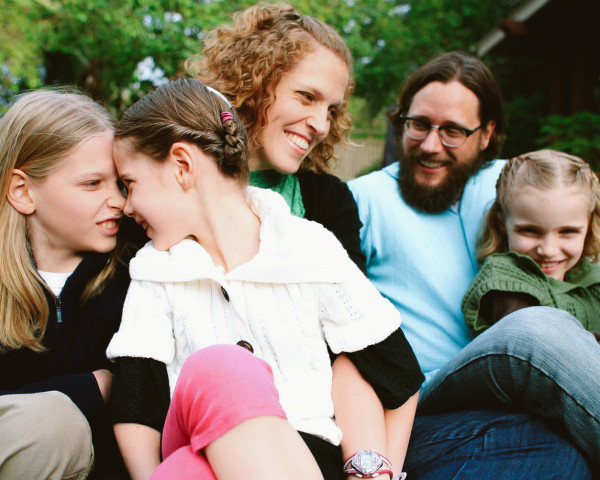 Part of what instigated our One Year Road Trip project was discontent. Not that we were miserable in our jobs or life, or that we could not find contentment in our circumstances. Rather, we recognized that we were getting stuck in a rut—the never-ending vacuum of trying to live the “American Dream”.

For years we slowly worked our way up from poor grad students to comfortable professionals, but every time we reached a new level of comfort we got antsy for more. We started to realize that our contentment had nothing to do with what we had and we needed to make a shift. Graham Hill of treehugger.com writes, “I like material things as much as anyone. But my experiences show that after a certain point, material objects have a tendency to crowd out the emotional needs they are meant to support.”

We knew that we were getting mired a consumerism, and we also knew that if we were really going to do this One Year Road Trip project we were going to have to stop consuming and start downsizing—considerably—if for no other reason than we would be living in an RV for a year.

So we began the process of downsizing and, ultimately, fell in love with getting smaller.

“Somehow this stuff ended up running my life, or a lot of it; the things I consumed ended up consuming me.” – Graham Hill

Having Less Stuff
In spring of 2012 we challenged ourselves to give away or sell half of our stuff. While this sounds like a big first step, for us it was really just a matter of two simple questions we asked ourselves:

To address the first question we got rid of clothes that didn’t fit or we hadn’t used in over a year. We got rid of furniture and instruments and large objects that were mostly just taking up space. And we got rid of junk. It’s amazing how much junk piles up over time! From piles of papers that needed to be shred and recycled, to broken items that we’ll surely one day fix, to a back porch full of things that we might be able to use someday, we found that a HUGE amount of stuff was virtually useless for us.

In response to the second question, “Do we need to own it?” we looked at books, music, movies and other household things that we didn’t necessarily need to own to enjoy. We can get all the books, music and movies we need from the public library, Netflix and friends. And we can always borrow tools from neighbors and, in the process, maybe learn to be more neighborly. In fact, one major advantage to learning to downsize has been developing community.

A second benefit has been realizing that we NEED much less than we WANT. In the midst of our downsizing we saw an article on Jose Mujica, the president of Uruguay, and how he lives on 10% of his salary and gives 90% to the poor. Mujica says,

In his documentary, “I Am” Tom Shadyac points out that in some cultures taking more than you need is considered a form of mental illness because of its negative effects on community and focus on self-interest.

We didn’t want to become poor because of our riches or mentally ill because of our overconsumption, so even though it was, at times, challenging, we donated our library of classics to a local school, and our vast movie and music collection to a local library. And to our surprise, another burden was lifted.

Priorities
After downsizing our stuff we started to celebrate the freedom of living with less and, consequently, maintaining less, but we also recognized that simplicity wasn’t only about stuff. In fact, we realized that TIME was what we wanted more than anything. So our third question became, “What can we stop doing so that we have more time to do things we want and need to do?”

Ryan Mitchell of The Tiny Life addresses this question beautifully when discussing how he found time amidst the busyness of life to build a tiny house. “I realized that some things simply couldn’t be achieved right now because other things were more important to me; it meant that I had to say no to some things, which isn’t a word often in our vocabulary in modern society. It was surprising to see how things that were a lower priority for me seemed to sneak into time that would be better used for more important things.”

So we made a list of priorities from least to greatest and tried to figure out what from the bottom of the list we could cut altogether and what from the top needed more of our attention. First, realized that we were overcommitting to a number of really good, but not entirely necessary activities. While we enjoyed dinners with friends and birthday parties and office outings, we realized that in some cases we were scheduling too much of a good thing. So we decided to limit ourselves to just a couple of evening events each week so that we could guarantee at least 3-4 quiet family dinners at home. And as a result, we began to read together and stumbled into what has become our family’s most treasured time—reading on the sofa before bed. It’s a time of growing closer with one another, imagining and creating together, and it’s educational and makes us all better people.

Second, we found that our communication increased substantially because we had time to talk and share about our day, and work through some of the interpersonal challenges we faced as a family.

We also became more reflective as a family, and learned to really appreciate more of the little things throughout the day that added color and flavor and beauty and interest to our activities and experiences. We learned to appreciate the tasks of the day in new ways, not just complete or survive them.

Redefining “Standard of Living”
In the process of downsizing we made some dramatic changes that affected our budget and our “standard of living”. We say that in quotes because what we learned was that we began to think differently about what “standard of living” meant to us. It wasn’t about how much money we made but about the quality of life that we lived. I left his full-time job that paid well and had great benefits to work part-time at a public library for little pay and no benefits. But I gained back more than 20 hours of time to be with the family and work on projects that were life giving.

Eva, my wife, started working a bit more, but was able to take her passion for intercultural communication and turn it into a career tutoring English as a second language. What she lost in time she gained in rich conversation, new relationships, and heaps of cross-cultural learning. And she got a taste of running her own business, managing her time, and honed in on what she does and does not want to do as a career.

So even though it wasn’t easy to survive on two part-time jobs, it was worth it. We were able to grow personally, learn what was life giving to us professionally, and, in turn, it helped our family thrive in new and wonderful ways simply by having more time together.

Community
It’s important to note that we could not have made this transition toward a simpler more intentional life without community. Financially, we depended on community to pay the bills. We moved out of our master bedroom suite and rented it to AirBnB guests from around the world and two of the loveliest international graduate students we’ve had the privilege to know. Through those experiences we grew in hospitality and serving others. And with guests and housemates in the home all the time we began to treat each other better, speak to one another with more patience and kindness, and even kept a tidier home…mostly. And we were able to pay the bills. Every. Single. Month.

We also found more time to develop friendships and community outside of the home. We began working in a local food closet to deliver food to a public school where the majority of families are living in poverty. We started attending a monthly community potluck where we’ve developed relationships with folks from multiple generations, and have experienced the joy of a shared meal. And we’ve had more time to work in collaboration with others on film projects, grow relationships through exercise groups, establish new traditions of relaxing on porches with neighbors, and still keep space for impromptu potlucks with friends.

Less Is More
In the end, we’re still learning what it means to live with less and have more. It’s an ongoing process of prioritizing, downsizing, time management and financial creativity. But it’s also incredibly freeing in countless ways. We haven’t mastered this life with less, but we’re getting better. And once we climb on that bus and live for 14 months in 240 square feet we’ll need to go through a whole new set of transitions.

But we have learned, and hope to remember for the rest of our lives, that though we have technically decreased our “standard of living”, we have exponentially increased our Quality of Life. And perhaps that’s what the “American Dream” is really all about.

Learn. Connect. Act.
Learn more about One Year Road Trip and their quest to usher in a new Generation of Generosity visit oneyearroadtrip.com or
Connect via Facebook, Twitter, and Instagram
Act Contribute to the Indiegogo crowdfunding campaign with a tax-deductible gift at http://igg.me/at/oneyearoadtrip 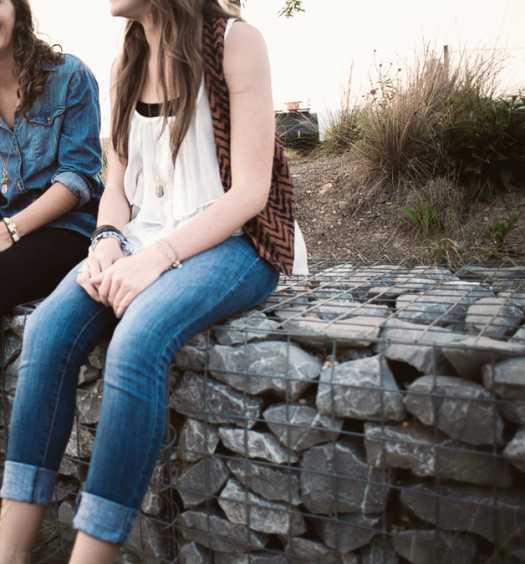 The Importance of Community For Your Family

Read More
The Importance of Community For Your Family 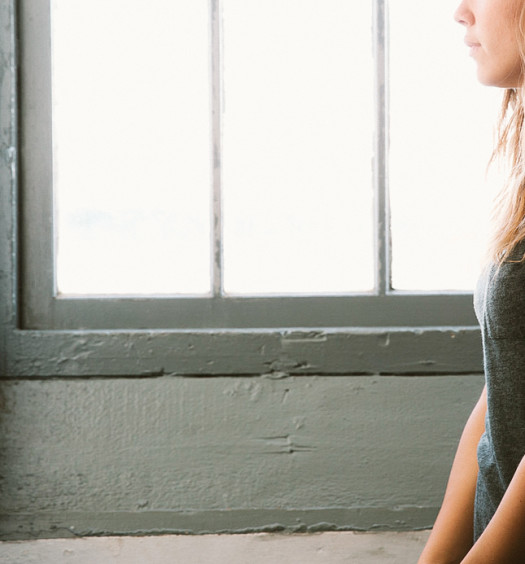 Are You Really Being Useful If You Continue To Self-neglect?

Read More
Are You Really Being Useful If You Continue To Self-neglect?